In an unlikely turn of events, Democratic candidate Doug Jones pulled out a win in the Alabama senatorial special election over Republican, and alleged sexual offender, Roy Moore. Jones was the first Democrat elected to the Senate by Alabama since 1992 and will fill the seat vacated by Jeff Sessions until 2020.

His win was met with great excitement from Democrats all across the country who saw it as an indicator of success in the upcoming 2018 midterm election. Many are hoping that the excitement and urgency that led to an extremely high voter turnout, especially from Alabama's black belt region and from its cities, will carry through the next year. Democrats have not held a majority in the House since 2010 or in the Senate since 2014.

Black voter turnout was a key factor in the election. According to an exit poll in the Washington Post , although black people make up only 26% of Alabama's population, they comprised 29% of the voters in the election, with 97% of black men and women voting for Doug Jones.

However, many black voters are not satisfied just by Jones's win. Community organizers and leaders responsible for the enhanced turnout used this moment to warn the Democratic party that black people are a force in these elections and should not be taken for granted in the future. 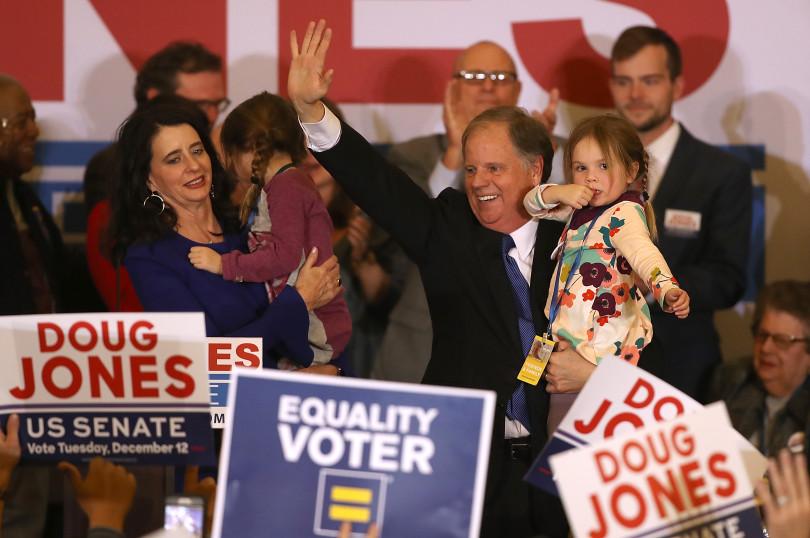 Photo: Doug Jones celebrates with his family and supporters after clinching the Alabama senate seat in a special election against Republican, Roy Moore.

Photo: Doug Jones celebrates with his family and supporters after clinching the Alabama senate seat in a special election against Republican, Roy Moore.


"This is a wake-up call for Democrats. ... They've taken the black vote and the poor vote for granted for a long time. It's time for them to...start making life better for black folks and people who are poor," Charles Barkley, NBA hall of famer and Alabama native, said to CNN.

Jones's win over Moore also made a statement about American morals. Although he ran in a deeply Republican state and was endorsed by both the President and the Republican National Committee, the allegations against Moore for sexual assault of minors when he was in his thirties kept pushed voters to write in names rather than cast their ballots for the alleged pedophile. The write in ballots, whose number was greater than the margin of victory, also pushed Jones over the edge.

Many Blair students followed the election, with a majority hoping for Moore and all he stood for, to be defeated. "I was relieved. It's still messed up that Roy Moore even got that far, but I'm glad that people saw sense," Anna Brooks, a junior, said.

Mary Lou Thornton, head of Blair's social studies department, felt that this election made a statement about women and their growing intolerance for assault, citing the extremely high turnout especially among black women. She felt that this election was a continuing manifestation of the rage that has been building up since the election of Donald Trump, who has been accused multiple times of sexual misconduct as well."I think women are really fired up. They've been really fired up since November. I think that people are catching a wave now," Thornton said.