"Downton Abbey" is a royal success

The film expertly combines old favorites with a fresh storyline

Fans of the British TV series "Downton Abbey" have been eagerly awaiting the film version's release since it was announced in July 2018 and they will be glad to know it doesn't disappoint. The movie reintroduces the eccentric cast of characters in a new, suspenseful story complete with royal fiascos.

The film opens as the aristocratic Crawley family receives news that King George V (Simon Jones) and Queen Mary (Geraldine James) will be coming to stay with them at Downton Abbey while passing through Yorkshire. The Crawleys and their staff go into a flurry of activity to prepare for the royal family's arrival, but are dejected to hear that the king and queen will be bringing their own servants with them. When the royal staff arrive, conflict ensues as they attempt to domineer the Downton servants. Frustrated, Downton's housemaid Anna Bates (Joanne Froggatt) leads the servants in a risky plot to defend Downton's honor. 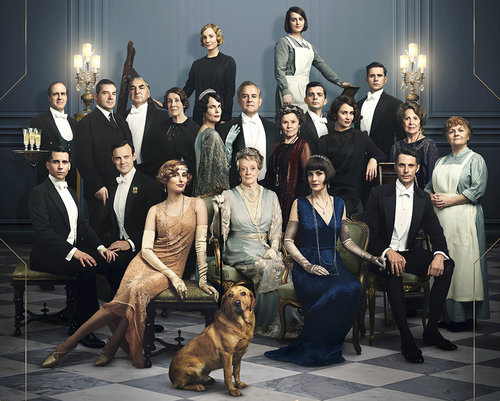 Meanwhile, other tensions run high. Downton butler Thomas Barrow (Robert James-Collier) is upset when he is replaced by senior butler Carson (Jim Carter), and later faces mixed emotions about his sexuality after falling for the king's valet. When Lady Violet Crawley (Maggie Smith) reunites with her estranged relative — the queen's lady-in-waiting Maud Bagshaw (Imelda Staunton) — they rekindle old arguments about heirship. The Crawley's son-in-law Tom Branson (Allen Leech) is unknowingly caught up in plans to assassinate the king. The Crawleys and their servants desperately try to resolve their issues while simultaneously hosting the royals.

"Downton Abbey" avoids the all-too-familiar flop that often accompanies a TV series revival, largely due to its recognizable and talented actors. Michelle Dockery's no-nonsense performance as Lady Mary Talbot contrasts with the sarcastic wit Smith brings to Lady Violet's character. All the romantic pairs introduced in the film — Barrow and Richard Ellis (Max Brown) and Branson and Lucy Smith (Tuppence Middleton), along with others — have impeccable chemistry that keeps viewers interested. Carter's interpretation of Carson brings slight differences, namely a more laid-back character, but his unchanged fatherly disposition provides fond memories of the TV series.

Director Michael Engler and writer Julian Fellowes embody the spirit of the 20th century United Kingdom well. From strategic shots of railroads and Abbey itself to the humorous banter between Lady Violet and the Crawleys, the film is an engaging, albeit slightly dramatized, retelling of life for British nobles. Fellowes includes ample lighthearted scenes in the script, including a side-splitting series of events featuring the awkward butler Joseph Molesley (Kevin Doyle) at the royal dinner, to offset the darker concepts such as violence, theft, and relationship problems discussed throughout the film.

The movie's cinematography and score are its crowning touches. Cinematographer Ben Smithard outdoes himself with grandiose shots of the English countryside and Downton's elaborately-decorated rooms. The featured music, which includes everything from "God Save the Queen" to lively 20th century jazz to the recognizable "Downton Abbey" piano theme, enthralls audiences and takes them on a rollercoaster of emotions.

"Downton Abbey's" one downfall comes in its lack of accessibility to those who were not previously fans of the franchise. The plot delves directly into the story of the king and queen's visit, not bothering to introduce the backstories of any characters or clearly define relationships. Those who don't know that Branson's wife Cybil Crawley died in childbirth during the TV series, for example, may have a hard time discerning the role that his new love interest Lucy plays in his life. However, this can be quickly remedied by watching a couple episodes of the series or reading up on the characters' previous lives. It poses a trivial obstacle and takes nothing away from the otherwise endearing film.

The warmth of "Downton Abbey" is the perfect start to fall and a satisfying conclusion to the longtime favorite television show. The film takes on new issues of family, love, and fresh beginnings with the same charm that has captivated audiences across the world since the series premiere in 2010.

"Downton Abbey" is rated PG for thematic elements, some suggestive material and language and is playing at AMC Wheaton Mall 9 and Regal Rockville Center.