Instrumental music teacher Dustin Doyle left Blair last Friday after six years of service to take a position in the military as a U.S. Air Force Band Conductor. Long-term substitute Peter Folliard will be taking over Doyle's classes until the end of the school year, when a permanent replacement will be sought, according to fine arts resource teacher Sara Josey.

Doyle said that the job will allow him to take advantage of a new opportunity. "The expectations are much different," he said. "I'm not educating anymore but I will be able to take music throughout the world as an Air Force officer and bring great music performed at exceptional levels."

Seeking the position of Deputy Commander for the U.S. Air Force Mid-America Band was a lengthy process that began in September and culminated with a live nationwide audition and interview in Washington, D.C., according to Doyle. "This is basically the result of me winning an audition," he explained. "My background and education just qualified me for what they were looking for. The more I looked into it, the more possibility and opportunity there was."

On April 21, Doyle will enter 12 weeks of Air Force Officer Training School in Montgomery, Ala., after which he and his family will be stationed at Scott Air Force Base in St. Louis, Ill. "The family's been shaken a little," Doyle acknowledged. "It'll be the first time we're being separated from our family. But I wouldn't be leaving if my wife and family weren't supportive of doing so."

Folliard, Doyle's colleague and friend from graduate school at the Peabody Institute of Johns Hopkins University, visited Blair on Friday to get acquainted with the students and expressed excitement for the rest of the year. "It's a great program, so I'm looking forward to picking it up," he said. "I don't necessarily want to try to fill Mr. Doyle's shoes, but try to be a pair of new shoes. I want to be as helpful and enthusiastic as I can." Folliard is currently a graduate teaching assistant at the Peabody Institute. 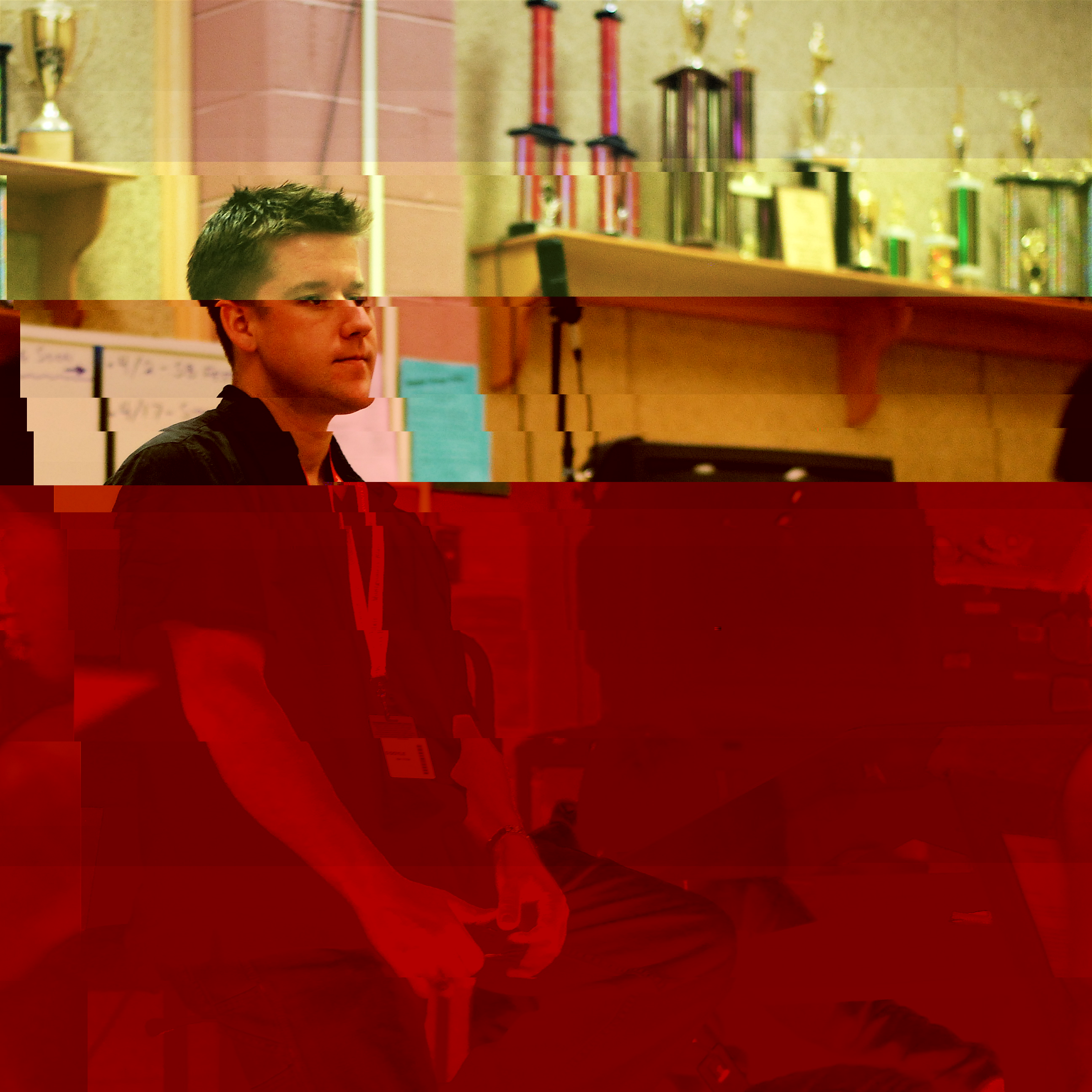 Doyle initially recommended Folliard to the administration as a possible replacement and expressed confidence in his sense of humor and conducting experience. "I hoped that they would take my recommendation," he said. "I'm certain that I'm leaving Blair in good hands."

Doyle showed nostalgia for his time at Blair and emphasized that his decision to take the job was in no way related to his teaching experience. "People ask me, 'Have you lost the edge for teaching?' and it's not like that at all," he said. "It's just a change. I just wanted to try something new."

He praised Blair's music program as one of the best in the state, lamenting that he was leaving an enviable conducting position. "Blair is unique and talented," he said. "When you challenge the students here, they can perform…the level of musicianship in the kids is amazing."

Josey, who has worked with Doyle for six years, said that he will be greatly missed by the Blair faculty and students. "We'll miss his upbeat personality…and his musicianship," she said. "But I have high expectations for the long-term sub. I don't expect the quality of the music program to decrease at all."

Doyle's music students took their conductor's departure particularly hard. "Blair definitely won't be the same without him," said sophomore Rachel Leksana, who has been in the symphonic band, symphonic orchestra and pit orchestra. "He's really non-judgmental and never gives up on you."

Junior Jan Nguyen, a percussionist who has been in Doyle's classes since her freshman year, found it hard to believe that her teacher and mentor would be leaving. "He's very generous and patient and hilarious," she said. "Coming in freshman year, I didn't feel like I got any attention like I did from Mr. Doyle. I think we'll all miss him dearly."