On Thursday, March 12, Dr. Richard Spinrad, chief scientist at the National Oceanic and Atmospheric Administration (NOAA) gave a presentation entitled "How oceanography has saved the world" in the Blair Media Center. Over a hundred students from Blair's Science National Honor Society (SNHS) and several science classes attended the talk, hosted by SNHS as a part of USA Science and Engineering Festival's Nifty-Fifty guest speaker program.

SNHS president, senior Isha Dabari, introduced Spinrad. She talked about his many achievements, including his time leading the White House committee that developed the nation's first set of ocean research priorities, serving as the US's permanent representative to the United Nation's Intergovernmental Oceanographic Commission and being a recipient of Presidential Rank Awards from presidents George W. Bush and Barack Obama.

Spinard began his presentation by comparing Blair's excellence in science to his own high school, Stuyvesant High School in New York. "There are two schools in the United States that over the last 20 years have had more than 200 semifinalist and finalists in the Intel Science Talent Search. Number one, Montgomery Blair. Number two, my high school," he said. This connection helped him understand just how interested the audience was in science. "It's just a treat, to be here and look out all of your faces and understand the passion you all have for science and technology and know that I've got a very interested audience. I told my boss that this is probably going to be my toughest talk of the year," he said. 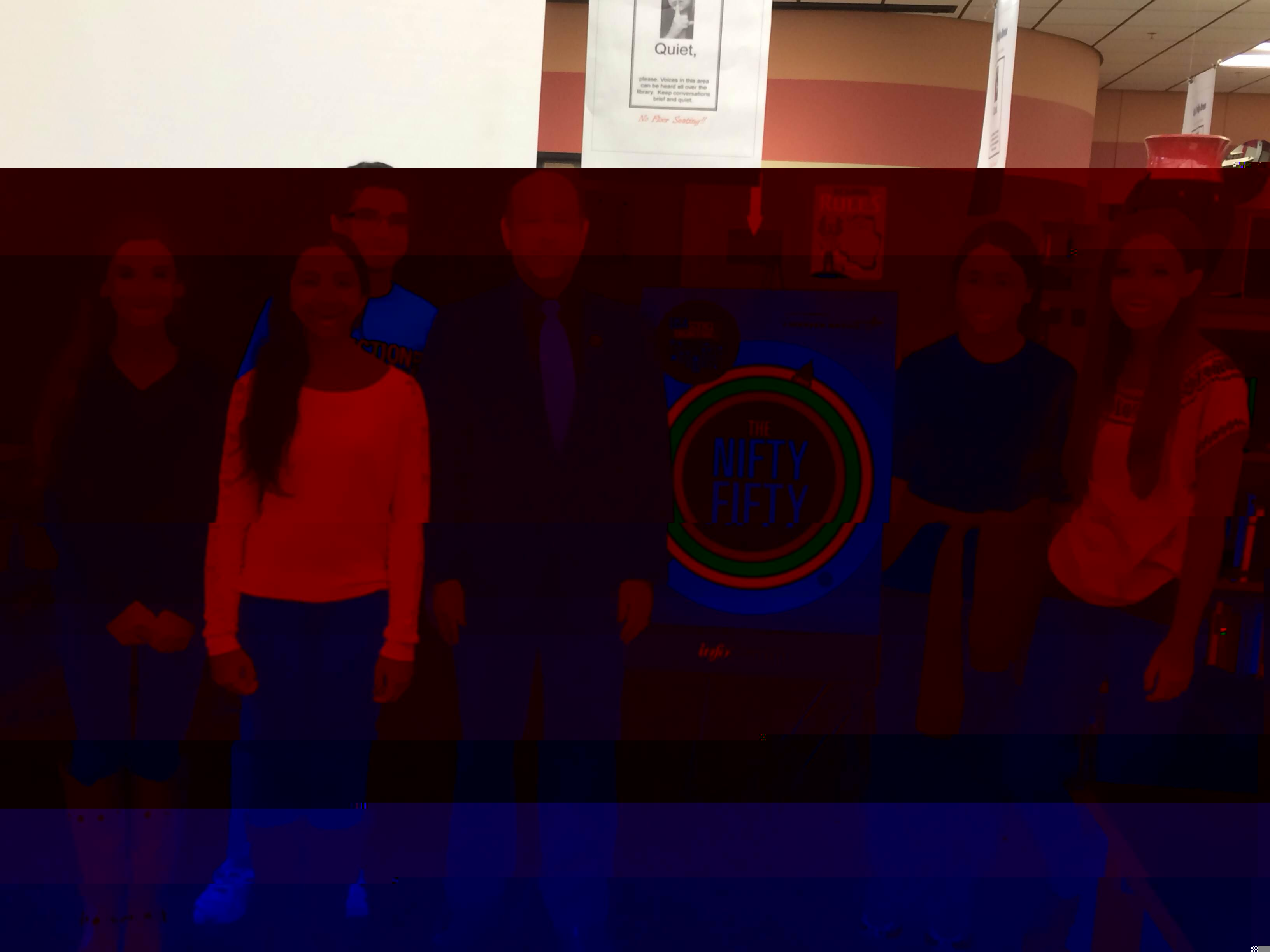 He then focused on the theme of his presentation: the importance of oceanography. "Over the next few minutes, I'm going to try to convince you of this fact: that oceanography has saved the world and will continue to save the world," he said.

Spinrad had eight reasons why ocean research is essential: that it contributed to the end the Cold War, that many disease treatments have come from marine organisms, that it keeps people healthy, improves quality of life, tells us about the origins of life, unlocks sources of energy, saves us time and money and that weather forecasts can save lives.

During his presentation, Spinrad involved the audience by asking them to raise their hands to different questions to help show how oceanography has affected everyone's lives. For example, he asked students to raise their hands if anyone they were close to suffered from cancer, asthma and chronic pain. He then explained how these health issues connected to oceanography. "Half of the anti-cancer drug discoveries come from the sea," he said.

Spinrad finished his presentation by talking about where the field of oceanography is heading with new technologies like sensors, nanotechnology and autonomous underwater vehicles as well as with population growth and climate change. He finished the presentation by asking students to become involved. "I am convinced that oceanography will continue to change the world, but it'll only continue to do it with your involvement as well," he said.

Spinrad had time to answer several questions which allowed him to talk about how oceanography has evolved into a field that has become, in his words, "transdiscplinary;" where biologists, chemists and physicists work together. He also explored reasons why people are much more interested in space when much value remains in exploring the ocean.

Dabari enjoyed the presentation because of the opportunity it gave her. "I thought it was a super cool opportunity to meet someone who has combined science and policy," she said. "When you think about science, you normally only think about the researchers."

Spinrad isn't the first Nifty-Fifty speaker to visit Blair. Last year, Dr. Anthony Fauci, the director of the National Institutes of Health's Institute of Allergy and Infectious Diseases spoke to Blazers as well. The Nifty-Fifty program is an annual event that brings noted scientists and engineers to speak to middle and high school aged students in the Washington DC Metropolitan area. "It's such an amazing event. We enjoy providing it. The scientists really enjoy doing it," Malini Rangaroo, the Nifty-Fifty coordinator, said.