All Canadian actor-turned-rapper Aubrey Drake Graham had to do to put the animated crowd at Verizon Center into an absolute frenzy was utter three letters. After a minute-long, blue-lit, trancelike introduction, Drake casually walked to center stage, performed one song, then quieted his screaming fans and mentioned the three region-specific consonants that made the collective voice of the audience hoarse in a matter of seconds: "DMV." The phrase had been mentioned by Drake's openers throughout the night, as they all were careful to recognize Maryland and Virginia fans along with those from inside the city limits, but none were able to elicit a response like that of the headlining artist.

The show, Friday night's stop on Drake's national "Club Paradise" tour, began just before 7:00 p.m. with 2 Chainz, the former member of the rap duo Playaz Circle who, since going solo, has been featured on Kanye West's "Mercy" and Nicki Minaj's "Beez in the Trap," and is set to release his first album, "Based on a T.R.U. Story," this August. 2 Chainz, still relatively unknown compared to other artists who took the stage on Friday, performed for just twenty minutes in front of a lackluster crowd and many empty seats. Though he garnered the audience's attention by opening with his verse in "Mercy," the crowd's response to "Spend It" and "Riot" was mediocre, at best. 2 Chainz rapped over a recording of his own lyrics, a practice not uncommon among live shows, but especially discordant and confusing because the recording was auto-tuned and his mic was not. "Beez in the Trap" was the biggest success of his short act. 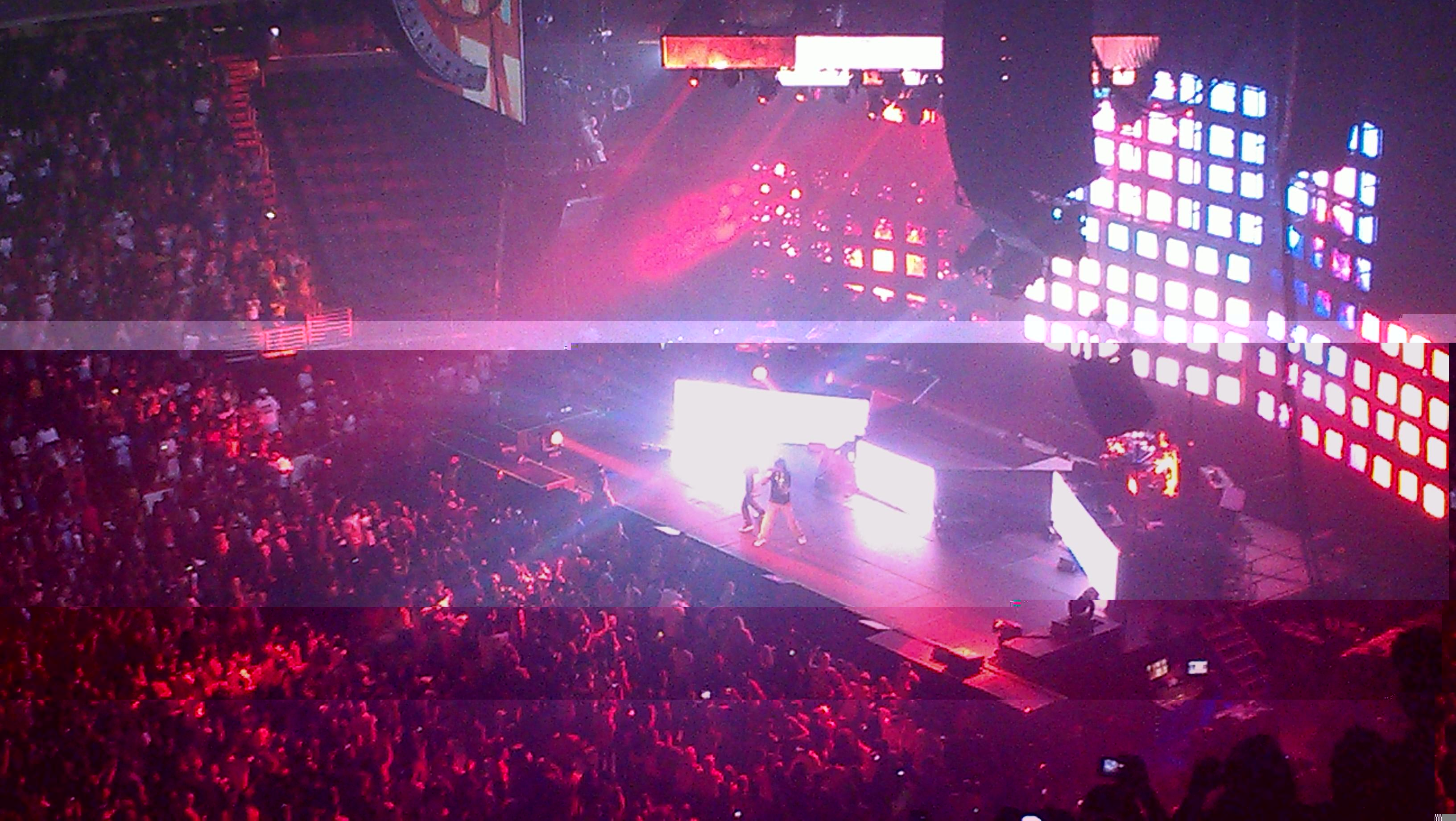 Photo: 2 Chainz and Drake perform "No Lie" at the Verizon Center.

Photo: 2 Chainz and Drake perform "No Lie" at the Verizon Center.

After a short intermission, Philadelphia rapper Meek Mill (Robert Williams), Maybach Music Group member and lead artist on "Tupac Back (featuring Rick Ross)," "Ima Boss (also featuring Rick Ross)" and "House Party (featuring Young Chris)," took the floor for another twenty-minute mini-show. More fans had found their seats by this point, and his reception was less "Meek" than that of 2 Chainz. He performed with more energy, exploring the stage more than 2 Chainz did and waving his non-mic hand around constantly. Meek Mill slowly built up his drama, paralleling the entire evening, until arriving at his hits saying, "I'd like to welcome y'all to my House Party." He finished with "Ima Boss," which garnered the most singing-along of any song so far.

Though Meek Mill did well in his short set, the "House Party" really didn't kick off until Waka Flocka Flame's shouting echoed throughout the stadium, around 7:40. Flocka, whose 2010 album "Flockaveli" hit second on the U.S. rap charts and whose single "No Hands (featuring Roscoe Dash and Wale)" reached first, was promoting his upcoming album, "Triple F Life: Friends, Fans and Family," which is to be released on June 12. After performing "Bustin' At Em," the rapper joked - or could have been completely serious as he said - "If you ain't my friend, fan or family, then," and offered the crowd a fourth option, also beginning with the letter F (and ending with "you").

Flocka then softly chanted the phrase "rooster in my 'rari," though it was difficult to tell how many people in the crowd knew he was referring to his latest single of the same name, which was just released on Tuesday. Flocka's performance lasted for about a half-hour, and was the first to significantly employ the stadium's lighting. While 2 Chainz simply showed his music videos on the big screen during his performance, Flocka's show had multi-colored strobe lights and spotlights darting every which way throughout the crowd. This, and the artist's always-bouncy demeanor, and hair, engaged the crowd more than 2 Chainz and Meek Mill. He also, unlike the previous two performers, has been popular long enough to have established hits, such as his 2010 singles "Hard in da Paint" and "No Hands," during which the crowd, for the first time, went crazy, both dancing along to his gunshot sound effects and barking his catchy, obscene lyrics at the top of their lungs. The rapper left the stage at about 8:10, his voice still echoing throughout the building.

The fourth, and final, opening act, North Carolina rapper Jermaine Cole (J.Cole) lasted slightly longer than the previous three and focused much more on instrumentation, at times sounding more like a rock concert than a rap concert. J.Cole opened with "Dollar and a Dream III," a track from his latest album, "Cole World: The Sideline Story" and the final installment on a trilogy of reflective autobiographies. J.Cole's performance was more controlled than the other opening acts. He did not even hold the mic the whole time, often leaving it on a stand in the middle of the stage.

The songs he performed, especially "Nobody's Perfect (featuring Missy Elliott)" and Beyonce's "Party," lent themselves to be sung-along to, not just screamed-along to. J.Cole's performance's energy came from drum and guitar solos, rather than bouncing around the stage (except for during his 2010 hit "Blow Up" from the mixtape "Friday Night Lights," when he ran back and forth like a madman). J.Cole then slowed the tempo down, performing his smooth song "In the Morning," a track that features Drake but that he performed on his own. Then, his pianist sung an extremely auto-tuned medley that included the chorus from Kanye West and Jay-Z's "No Church in the Wild" - J.Cole's signed to Jay-Z's label, Roc Nation - and then melted into the hook from "Work Out," the artist's most popular song and the lead single from "Cole World." After J.Cole finished this track, the lights dimmed in a false ending. But the artist took center stage one last time for his energetic "Can't Get Enough (featuring Trey Songz)," to which the entire audience chanted along until they ran out of lyrics and J.Cole's drummer and guitarist signaled the finale with head-banging solos. The rapper and band exited the stage to cheers, and the crowd waited out a thirty-minute intermission.

But more than anyone else's, this was Drake's concert, and that became very clear as soon as he stepped onto the stage. One word into his performance, he had already received the loudest cheers of the night and by the time his verses were ringing throughout the packed house, it was evident who the fans had come out to support that night. After entering to the song "Lord Knows (featuring Rick Ross)" from his 2011 album "Take Care," Drake kicked off his performance by introducing himself as "Drizzy Drake" and making a shout out to the DMV crowd. 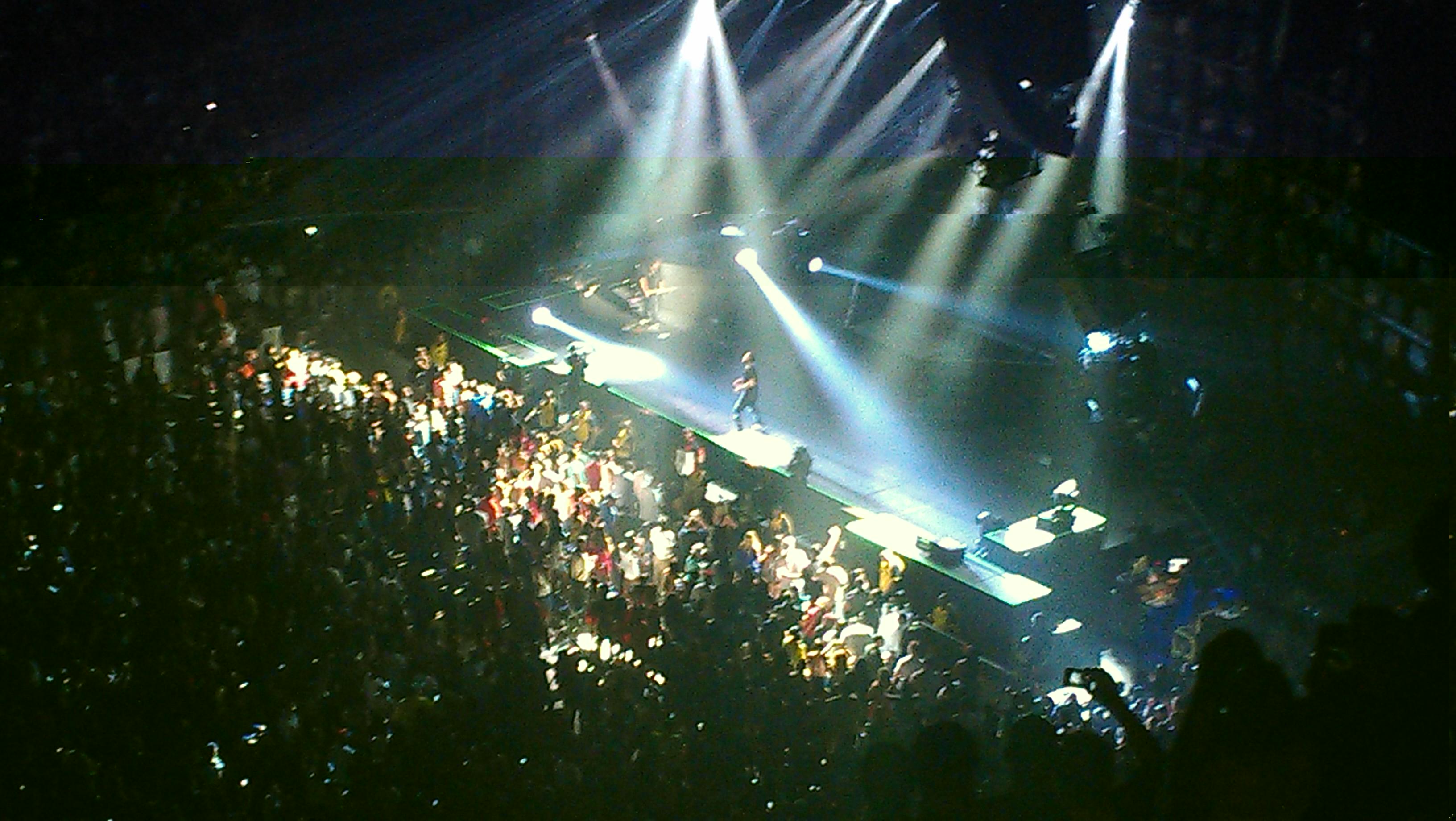 Photo: Drake performs at the Verizon Center as part of his Club Paradise Tour.

Photo: Drake performs at the Verizon Center as part of his Club Paradise Tour.

Following his introduction, Drake performed a series of the lesser-known songs from "Take Care," interspersed with several of the hits he is featured in, including "I'm On One" by DJ Khaled, and "She Will" and "I'm Goin In" by fellow Young Money Cash Money Billionaires (YMCMB) member Lil Wayne. The crowd got as loud it had been all night when Drake began to welcome back the earlier performers one by one. It began with the return of 2 Chainz in the song "No Lie," which will headline 2 Chainz' upcoming album "Based on a T.R.U Story." Right after 2 Chainz left the stage, Drake explained that when he's "in that mood" there is only one person to listen to, and that's Waka Flocka Flame. Flocka came on with hair swinging and bass pounding to "Round of Applause," the crank single from his upcoming album.

Likely the loudest part of the night was when Drake called out to all the people in the crowd "old enough to have been at the club two years ago", just as the siren sounded and his 2009 hit "Forever (featuring Kanye West, Eminem and Lil Wayne)" started blasting. After that, the tempo slowed down for a while as he performed several of the slower songs from his recent album. Those songs: "Take Care," "Marvins Room" and "Cameras" are more representative of Drake's album as a whole, which takes on an introspective, almost morose feel.

The quieter vibe of the performance did not last long, however, as he got the crowd singing with "HYFR" (Hell Yeah, F-ing Right) and "The Motto," and finally closed with his mega-hit "Headlines." Drake's performance, which lasted nearly two hours, was filled with nearly as much talking as singing. The longest break from music was before he began the final few songs, as he went from right to left making call outs to every pretty girl he could see in the crowd, as well as the occasional worthy man. That included a nod to a 10-year-old boy whom Drake asked why he wasn't yet asleep, then thanked and then told not to go into school the next day reciting some of his particularly obscene lyrics. His final major statement was before "The Motto," when he explained that he refused to cut down his set list for this performance because, as he's told us before, "YOLO."

"The Motto" for this concert: a horde of screaming Drake fans will politely, and sometimes enthusiastically, enjoy his opening acts. But they know who they came to see, and it wasn't 2 Chainz, Meek Mill, Flocka or J.Cole.