Driving on the safe side

Over 4,200 teens in the U.S. were killed in driving accidents in 2007. More than 400,000 teens were treated in emergency rooms for vehicle crash injuries the same year. And these already high numbers are on the rise. 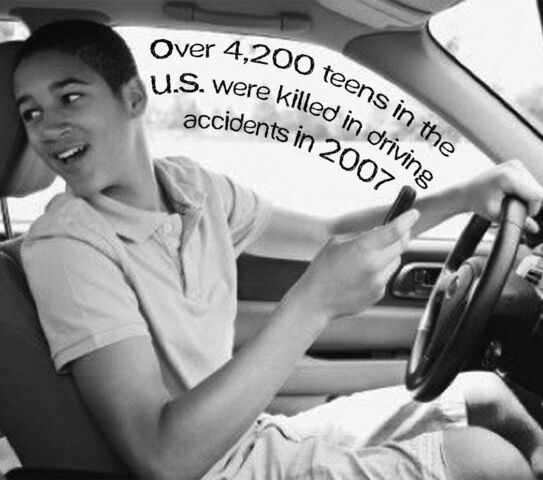 Photo:
Whether these disasters are a result of substance abuse, reckless driving or simple inexperience, the tragic numbers have remained high for many years. The new teen driving laws passed in Maryland, which took effect on Oct. 1, will serve to hold teen drivers to a higher standard and take a much needed step toward safer roads.

The new training process for new drivers may seem long and complicated, but it is so for a reason: to keep kids safe. The first step toward earning a license is detaining a learner's permit, which allows a new driver to operate a vehicle only under the supervision of an experienced licensed driver. The new Maryland laws mandate that learner's permit holders in Maryland must hold their permit for nine months without a conviction before they are eligible for a provisional license, replacing the former six month requirement. The state has also now instituted harsher penalties for moving violations for drivers under 18. The conditions for transitioning from a provisional license to a full license remain the same - drivers must be at least 18 years of age and spend 18 months without a conviction before they may acquire a full license.

For many teens, a driver's license remains a rite of passage - the ultimate freedom of being able to go anywhere without an adult chauffeur. So many teens will argue that the new laws unfairly restrict liberty. But we must also recognize that safety is a priority more important than a mere three months of wait.

Those three months can help ensure that more license holders are experienced and law-abiding drivers, thus decreasing the likelihood of others on the road encountering an irresponsible one. Graduated driver licensing (GDL) programs, driver training programs like in Maryland which remove driver restrictions as they advance in their training, have been shown to decrease accident and fatality rates among teen drivers. Although Maryland already has a GDL program in place, expanding the GDL process for an extra three months will help renew the effectiveness of the already successful program.

Careless driving is not only a threat to the teen driver but to the rest of society as well. According to studies by the National Highway Traffic Safety Administration, motor vehicle accidents are the most common cause of death among young people between the ages of 15 and 20. As a result of the rapidly increasing numbers of teen drivers on the road, everyone on the road, even passengers and the most careful drivers, is put at risk. With one slip of concentration, more than one life could end.

Buel Young, spokesperson for the Motor Vehicle Administration (MVA), believes the newly restricted GDL program will effectively reduce teen accident rates. "Safety is at the forefront of what we do at the MVA. Extending the permit requirement length is making sure young drivers receive the proper training," he said. Driving is not an easy skill to acquire, and studies indicate that new drivers don't learn many of the essential driving instincts possessed by experienced drivers until they have had several years of practice. When it comes to driving, there is no such thing as too much practice - three extra months of training can only increase protection and confidence on the road.

While new drivers may dislike the extended practice period, studies in various places throughout the country show that parents fully support this new law, which will give them more confidence that their children are better prepared to face the dangers of the road. Young said that he hasn't heard any related complaints to the MVA, and parents seem supportive of the new laws. "Parents have told us that they think [the laws are] a good thing because they allow more practice time for students," said Young.

Driving a motor vehicle is not a right - it's a privilege that can and must be revoked if teens are not able to keep themselves and others safe. It's true that the effects of these new laws are unclear, and it is difficult to tell whether the future will bring further limits on rookie driving. But Maryland has much room for improvement in rookie driver safety. The penalty for a first offense of driving under the influence of alcohol in Maryland is only 45 days, which is among the lowest of all U.S. states. Maryland will need stricter teen driving laws in areas like alcohol and drug use if it hopes to ever fully diminish the high numbers of teenage tragedies.