“Dune” brushes dust off a decades-old story, but falls short of greatness

Despite awe-inspiring cliffs, infinite deserts, towering buildings and machines, watching “Dune” feels much like walking the deserts of the planet where most of the film is set; empty.

Directed by Denis Villenueve, “Dune” follows the story of Paul Atriedes (Timothée Chalamet), a young man caught in a war over precious natural resources who must overcome the dangers of the desert to fulfill his destiny as a leader. Paul is the son of Duke Leto (Oscar Isaac), the leader of House Atreides, who decides to move to the desert planet of Arrakis from their home-planet of Caladan.

Based on the 1965 book of the same name by Frank Herbert, the film uses lifelike CGI, immersive sound design, dramatic scores, and stunning shots of sprawling cities and landscapes to bring new life to Herbert's vivid descriptions of a perilous and vast desert planet. The most unique element of the special effects is the gargantuan sandworms burrowing through the sand, swallowing people and giant machines whole. The sandworms appear throughout the film and their appearances evoke the emotions the characters feel: fear and awe. Hans Zimmer, who created the score for “Dune”, is no stranger to music that captures the vastness of the science fiction universe, as he created the legendary score for “Interstellar”. His powerful and eccentric style is a perfect fit for the environment and serious tone of the film. The cinematography by Greg Fraser complements the massive scale of the landscapes in “Dune”, as well as underscoring the tense and violent mood of many scenes with defined close-up shots of the raw emotion that the actors expertly portray. 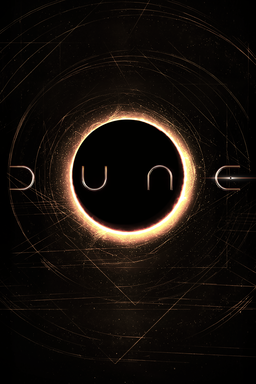 The cast is full of talented veterans of modern action and sci-fi movies who undoubtedly give “Dune” much of its popularity and entertainment value. Jason Momoa and Josh Brolin, known for their respective roles as Aquaman and Thanos, highlight the fluid and unique fight choreography of “Dune” through their roles as elite soldiers for House Atreides. The swords and spears that dominate the combat allow for some epic hand-to-hand fighting on par with Lord of the Rings. Whether it’s armies colliding or one-man-army chaos, the fight scenes are amazingly brutal and creative.

Houses Atreides and Harkonnen aren’t the only thing colliding, however. Aesthetically, Villenueve’s “Dune,” is immaculate, but it fails to condense the originally detailed and slow-paced book into a complete film. This clash of how “Dune” looks and feels with how the story is told is painfully obvious to the attentive viewer, especially those who have read the original book. Between the rushed introduction of many characters, the abrupt ending of the film which leaves so much to the imagination and an endless ebb and flow to the action that never seems to crescendo into anything, something just feels missing from this film. Behind all the eccentric music, excellent cinematography, gut-wrenching acting, immersive sound design and visuals is an unfinished masterpiece of science fiction that could have been so much more.

Overall, “Dune” uses the modern advances of cinematic technology and a talented cast to craft a world like no other. Though its plot may be as rocky as the cliffs of Caladan, if you like to focus on the action and appearance of sci-fi films, it is an entertaining and refreshing reminder of how well cinema can introduce us to new worlds. What comes next for the franchise will decide if it can do better than just an introduction.

“Dune” is rated PG-13 for strong violence, some disturbing images and suggestive material. Now playing in theaters and streaming on HBO Max.