Easy to score, hard to win

For some Blazers, hookups go beyond the party

It all starts with eye contact. In the middle of a party packed with other high schoolers, Jacob, a junior, might lock eyes with a girl — then, the two might strike up a conversation or, if he's lucky, start dancing. From there, it's a series of tests: casual touching and flirtatious whispers to gauge her interest. Before long, the two are hooking up – usually making out, sometimes more. When they're done, Jacob says, he walks away, moving back into the party.

This routine, which Jacob performs most Friday and Saturday nights, has become common among Blazers and high school students around the country. In a 2009 online survey of 1,200 young men by the National Campaign to Prevent Teen Pregnancy, a nonprofit organization, 49 percent of boys ages 15 to 18 reported having hooked up – a term the survey defines as a "'no strings attached,' 'no expectations,' intimate physical encounter, which may or may not include sex." According to clinical psychologist Dr. Natalie Korytnyk, hookups are attractive to teenagers because they offer the physical benefits of a romantic relationship while allowing for relative anonymity and little to no commitment. But for some, these casual encounters can spiral into an addictive emotional game, and when there is no set ending to the contest, it's tough to win.

Zach, a senior, says that he did not get many girls during his first years of high school. During his junior year, all that changed. Last year, he says, he developed more self-confidence, which translated to flirting and dancing with girls at parties, with a hookup as the expected end result. Now, hooking up has become a habit. "[The hookups] come in clusters," he explains. "Certain times, I'm on fire." "On fire" can mean hooking up with as many as two girls in a weekend, some one-time partners and others who are part of ongoing hookups. 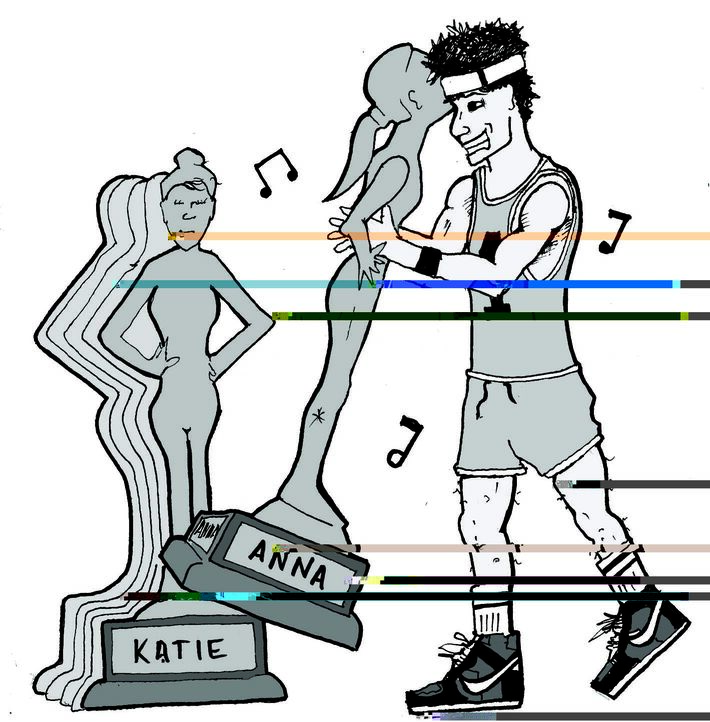 For Jacob, who started attending parties held by students at up-county schools like Whitman and Richard Montgomery his sophomore year, heading out on a Friday or Saturday night usually guarantees getting some action – like Zach, sometimes with more than one girl per night. When he first started tagging along with friends to the parties, Jacob was shy, but after a few good experiences when girls made the first move, he opened himself up to new romantic possibilities. As he continued to party every weekend, Jacob noticed his friends hooking up with girl after girl and felt pressure to follow suit. Now, he sometimes goes to more than one function in a night, party-hopping when the supply of alcohol or attractive girls at one location runs dry.At the parties, Jacob says, his objective is to enjoy himself with through combination of drinking, chatting with friends and meeting girls. But before he and his friends set out, they know that the focus of the night will be scoring a hookup. The encounters themselves are enjoyable, but among Jacob's friends, the need to be seen as a "pimp" often turns his efforts to get girls into a numbers game. Their challenges determine the biggest player based both on speed and quality: Once, Jacob and a friend competed to see who could hook up with two girls within a certain group of friends the fastest. Another time, he and another friend wrote out lists of all the girls with whom they had hooked up and picked the top five most attractive. Their top five were scored by a group of other friends who acted as judges, awarding points based on the looks of each girl.

Zach doesn't have formal competitions with his friends. But his hookups do win him their admiration and respect. Often, he will tell friends ahead of time if he is looking to hook up with a certain girl, gaining higher esteem in their eyes if he achieves his goal. Friends, especially younger ones, look up to him for his long list of hookups, he says.

For Jacob and Zach, hookups can be quick, frivolous and recreational, but sometimes, the game hits too close to home. In Jacob's mind, the need to hook up isn't only determined by his desire to outdo his friends: It also comes from his opinion of himself. "I guess for me it's kind of a sense of pride," he admits. Behind his flirtatious manner, Jacob says that he suffers from low self-esteem. The idea that a girl he considers attractive is attracted to him as well gives Jacob a rush of satisfaction — a rush that's difficult to resist. "It feels good," he says. "It's like an addiction."

Sophia, a freshman, doesn't feel addicted – she feels stuck. Like Jacob, Sophia struggles with self-esteem issues. Since her first encounters at the end of last year, Sophia has hooked up around once a month as a way to boost her self-image by convincing herself boys like and want her. Her self-esteem problems, Sophia says, stem from issues with a close friend who constantly puts her down. "I feel like if I can't get acceptance from her, I should get it from somewhere else – from guys," she says.

Korytnyk says that though hooking up can feel like the self-esteem boost that Jacob and Sophia experience, this sense of gratification is often a false one. While real self-esteem comes from the work and depth of meaningful personal accomplishments, she says, hookups happen spontaneously and don't require much work. "It feels easy, but often, one is left feeling empty and hollow," Korytnyk explains.

Still, Sophia can't stop. For her, the fear of being disliked or rejected drives her to go farther with boys physically, even though most of the time, she doesn't enjoy it. Especially when she isn't friends with the boy already, Sophia is afraid to seem disagreeable by declining his sexual advances. "For me it's harder to say no because it's like: 'What will they think of me after?'" she says. "You want them to appreciate that you're trying to make them happy."

At the start, it's exhilarating, she explains. "I'm thinking, oh my God, this is actually happening, the person that I like and I are getting close," she says. But when the hookup ends and she doesn't hear from the boy again, Sophia is left with the sunken feeling that she did something she wishes she hadn't. "You feel used, and you also feel stupid," she says. And the feeling often worsens when she hears the opinions of her friends. Some friends don't mind, but others think badly of her hookups, she says, remembering a time when a friend got angry at her for her poor judgment when Sophia went farther than she wanted to go with a boy. That kind of negative feedback makes Sophia think even less of herself. She seeks out more hookups for relief, she says, and the cycle repeats.Jacob has tried to use hookups as antidotes to a bad mood as well. On good nights, he can go through girls without giving them a second thought, he says. But when he is feeling depressed, he looks for an emotional connection, hooking up with girls and then calling or texting them later to try to develop a relationship. Sometimes they keep in contact, he says, and even become friends.

When the party ends

But it isn't enough. Instant gratification and immediate social status are two benefits Jacob reaps from his hookups, but competing with friends to be the biggest player doesn't satisfy everything he wants in terms of relationships. Amid his hook up experiences, Jacob has had four long-term relationships ranging from about a month to a year long, and finds that they fill a space in him that he says hookups don't. With relationships, he says, he feels more cared about and appreciated. "I know that somebody likes me for who I am, and not what I wear or how I look," he says. 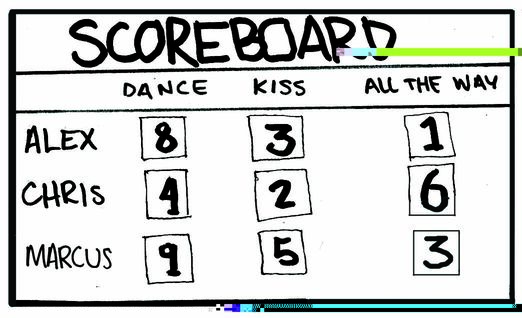 Sophia says that relationships usually bore her, but for her, hookups always hurt. Most of the time, she hooks up with a boy in the hopes that a relationship will form, and most of the time she texts or talks to him afterward, only to find out that he's not interested. At that point, Sophia says, she gets a painful sense that she was just being used as a one-time hookup with no importance to the boy in question. "It feels like you're easy to dispose of, like you're not someone worth having in their life," she says.In the future, Sophia hopes to make decisions that will not hurt her later on, but she acknowledges that it may be hard to do. "I have a problem with acting on impulse," she says.

Jacob, too, says that he has recently slowed down his hooking up and hopes continue to do so in favor of finding a relationship to fill his emotional needs. Still, losing his reputation with his friends will be difficult. "They say, 'Oh [Jacob], you're such a pimp, you get all these girls, I envy you,' and that feels good," he admits.

Zach agrees that hookups are often necessary for a good social standing and self-esteem level. "When you're not hooking up, you think you're not attractive," he says. He may or may not continue but currently, he has no plans to stop.

For some, hookups are an emotional mind game, and for others, a contest of pride. Either way, it's not easy to stop playing. The romantic futures of Zach, Jacob and Sophia are uncertain, but each of them has a long list of hookups behind them and more parties and more romantic interests to face ahead as their friends and peers play on in the hookup game.