With sales of the iPad 3 booming and Apple's stock price up nearly 50 percent from 2011, Apple's success in the business is unquestionable. There is one area where progress of the technology giant has been slow, however: going green.

On July 12, the environmental group Greenpeace released a report rating Apple's environmental consciousness 4.6 out of 10. The score is up from last year but still lower than those of competitors such as Dell and HP. This is because while Apple's efforts in reducing waste and its sustainable operations are commendable, its attempts to decrease emissions are pitiful for a company with so many resources. 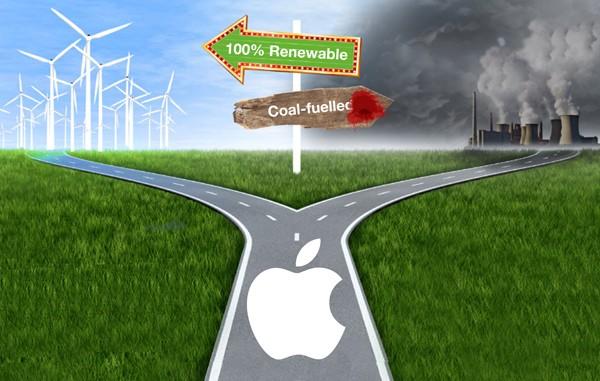 Photo: Apple could be making more progress toward being environmentally-friendly.

Photo: Apple could be making more progress toward being environmentally-friendly.

Much of the problem was not setting clear targets. Apple mentions vague goals of using more renewable energy, but conveniently leaves out how much and when. In fact, though Apple has pledged its support of environmental causes several times, a lot of it is just talk.

One claim was that Apple's data centers in North Carolina would operate fully on renewable energy, although two of them are located in areas where more than half of the electricity is produced by burning coal. Apple defended itself by arguing that the areas will be coal-free by 2013, but Greenpeace maintains that more can be done. "Apple appears to be reliant on renewable energy credits instead of buying renewable energy directly," the report criticized.

The new ranking is still certainly a step up from the company's past. Apple has eliminated several major toxins from its production process and the smaller size of the new iPad has reduced carbon dioxide emissions by 5 percent. Other questionable practices have continued, however.

In June, Apple announced that it would not submit its products for certification by the Electronic Product Environmental Assessment Tool (EPEAT), a government program that measures energy efficiency. Pressure from customers forced the company to backtrack, but Apple continues to hide information, refusing to disclose data on its energy consumption and supply.

With all of its success in the business world, Apple certainly has the means to step up its progress toward going green. The report even gave several suggestions, many involving setting "ambitious targets" to reduce emissions, instead of empty pledges and cover-ups. Greenpeace summed it up best by declaring, "Apple needs to put its money where its mouth is."