Editorial Board re-endorses Lynne Harris for Board of Education

ON SUNDAY, SEPTEMBER 27, Silver Chips released comments from Lynne Harris and Sunil Dasgupta, the two candidates for the At-Large seat on the Board of Education, about school reopening plans. These statements spurred countywide contention, as many felt Harris’ remarks unfairly blamed teachers for the numerous pitfalls of virtual learning; Harris issued clarifying remarks in a blog post here.

After extensive research and a forum held by the Silver Chips Editorial Board with both candidates, the Editorial Board is proud to endorse Harris for the At-Large seat on the Board of Education, upholding the decision made in May. As a champion for student voices and an experienced MCPS teacher, Harris will bring necessary perspective to the Board table, ensuring that students are at the forefront of all conversations.

This Editorial Board does not oppose teachers, the Montgomery County Education Association (MCEA), or any of the MCPS employee unions. We are extremely grateful to all school staff going above and beyond during the pandemic (read our editorial opposing the increased employee healthcare premium on page B4 of our October issue). However, we believe criticism of an institution is not the same as criticism of its individual members and efforts. In fact, that critical lens—especially from a group member, as Harris is both a teacher and union member—is imperative to mitigating complacency and promoting progress.﻿

We stand by all reasoning provided in the previous Editorial Board’s endorsement in the spring, which included Harris’ extensive experience as president of the Montgomery County Council of PTAs, an organization of 45,000 volunteers, and a teacher at Thomas Edison High School of Technology. After Jeanette Dixon (At-Large) concludes her term this year, Judith Docca (District 1) will be the only member of the Board with experience as an MCPS teacher and administrator. Though Dasgupta carries the MCEA’s endorsement, Harris is equipped to bring this necessary perspective to the Board table. “I know what it's like to be a teacher in MCPS now,” she said. “We've certainly had people who have had teaching in their resumes at some point, but nobody that… knows the current teaching reality of our school system.”

This Editorial Board believes that both Harris and Dasgupta have very similar policy priorities: They both support the ongoing boundary analysis to help desegregate our schools, plan to prioritize mental health services, and are in favor of expanding the academic enrichment offered through advanced courses and magnet programs to all schools in the county.

Both Harris and Dasgupta raised the topic of trust during our interview, citing general community frustration towards MCPS and the Board of Education due to a lack of transparency in decision making, especially with school reopening plans. This Editorial Board asked both candidates for “their specific game plan, if [elected]… to restore that trust.”

Dasgupta emphasized his relationship with MCPS teachers and staff members. “Coming from public policy… the best thing to do is to bring people together, and then get a compromise solution,” he explained. “I'll be better placed to do that because I do have the trust of teachers and staff across the system.”

Harris, on the other hand, provided a clear proposal to bolster stakeholder engagement and overall transience. “Every board member needs to be assigned three or four clusters, and it will be expected that they will meet at least quarterly with those clusters,” she said, “not when we're talking operating budget hearings… but on an ongoing basis.”

This specific suggestion for amplifying community voices is consistent with Harris’ student-centric platform. At every juncture, Harris expresses her commitment to increasing student perspectives in Board discussions. In a personal column published in Silver Chips in October, Harris wrote, “The daily lived experience of our students in our schools should inform every decision we make for pragmatic reasons—because students know things that no one else knows.” 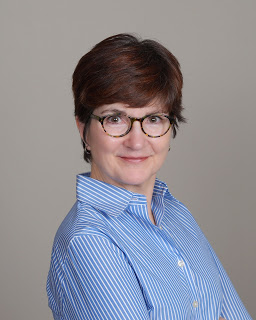 We wholeheartedly agree. And yet, there is only one Board seat that students, most of whom are under 18, can vote for. Youth advocacy is often concentrated in white and wealthy parts of our county. Students rarely testify at Board meetings. Nonetheless, it is because of former Student Members of the Board of Education (SMOBs) that MCPS initiated the aforementioned boundary analysis, started a systemwide anti-racist audit, and dedicated more funding to counselors and mental health services.

Student voices consistently drive progress, and Harris understands this. Her concrete proposals to increase student engagement, like assigning clusters to Board members and requiring at least two parent-teacher conferences to be held in transit-accessible locations, give this Editorial Board confidence that she will go out of her way to meet students’ needs—even if that entails run-ins with employee unions. Her “willingness to immediately and unequivocally call out those at fault,” as the previous Editorial Board wrote in the spring, is a strength, not a weakness.

Neither candidate is perfect. This Editorial Board strongly disagrees with both candidates’ stances on mandatory reporting in cases of sexual misconduct. According to MCPS policy, any criminal charges, such as sexual assault, must be reported to the police department’s Special Victims Investigative Division.

This Editorial Board understands that MCPS employees are under a legal obligation, but we feel strongly that involving the police without the survivor’s input or consent is an invasion of privacy and a breach of trust. Police interaction is often uncomfortable and threatening to students—especially for students of color, due to the implicit racism entwined with law enforcement. Forcing referral to the police exacerbates existing discomfort with the reporting process and makes it even more unsafe.

That legal obligation is problematic; however, both candidates morally support mandatory reporting.

Moreover, neither candidate’s perspective captured the nuance of the legal protocols surrounding reports of sexual misconduct. Dasgupta said “any criminal allegation” must be reported to the police. It was unclear, however, what he meant by “criminal” and if he was referring to the legal definition of a misdemeanor or felony or a more colloquial definition of assault. If he was referring to that formal standard, we see the bar for sexual misconduct to be considered a misdemeanor in Maryland, let alone a felony, as absurdly high.

While this Editorial Board strongly opposes mandatory reporting, we feel that the inconsistency between Dasgupta’s apparent support for police involvement and the high bar needed for a “criminal allegation” demonstrates that he lacks understanding of the complexities of the system. Yes, the system is convoluted, but as a potential Board member, it is his responsibility to seek out the information to understand the problems in the county.

Harris, too, had a flawed understanding of the situation. “All we do is get that student to a safe, secure, calm place, make the report, and let the experts take over,” she said. This, however, seems to show an abdication of responsibility as a school district. The “experts”—the police—should not automatically “take over” every case; rather, MCPS schools should follow the wishes of each survivor.

However, Harris did express commitment to increasing transparency. “We need to make sure that any student who speaks knows that there is a process,” she said, “and that we are not in this place [where] a student speaks and either nothing happens or they're told something happened but they can see no evidence of it, which is the same as nothing happening.”

We appreciate Harris’ recognition of the uncertainty involved in the reporting process, specifically the lack of follow-up that many students experience. “[We must] partner with students to figure out what mechanisms we can employ that students would find value in and… actually utilize,” she furthered.

In response, Dasgupta raised concerns over what the school system actually does with student opinions. He described a conversation with a student, in which they asked, “Why are you putting the responsibility of figuring out what to do on us? It is your responsibility as adults to figure out the reporting system and then make sure it works.” 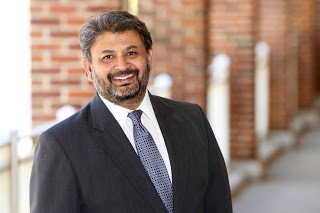 As an Editorial Board composed partially of students who have firsthand experience with the system’s ambiguity, we wholly concur. But neither Dasgupta nor Harris discussed alternative approaches that would better reflect survivors’ needs, reflecting a disappointing lack of consideration for students’ rightful mistrust of the reporting process.

We need greater student involvement. We need our policymakers to actively engage with us and seek our perspectives because the processes and policies on paper rarely match what we actually experience in school buildings.

This Editorial Board hopes that, given her focus on students’ self-described needs, Harris will, with further research and discussion, come to understand the flaws ingrained in this broken system. We also believe that she is more likely to work with students—not just frequent activists, but students from diverse clusters and backgrounds—to develop trauma-informed support programs and solutions.

For more information on both candidates, visit their websites: Lynne Harris and Sunil Dasgupta.

The Silver Chips Editorial Board is composed of Editors-in-Chief Anika Seth, Renata Muñoz, Tony González, and Oliver Goldman; Managing Opinions Editors Aviva Bechky and Clark Zhang; and Ombudsman Kathryn LaLonde. The endorsement and opinion of the Editorial Board are separate from Silver Chips’ fact-driven and balanced news coverage and hold no sway in the content nor tone of Silver Chips’ articles.