Democrat Donna Edwards was elected to the U.S House of Representatives by voters in Maryland's Fourth Congressional District, which includes areas of Silver Spring and Takoma Park, last Tuesday, becoming the first black woman to represent the state in Congress.

The special election was held in response to 15-year incumbent Albert R. Wynn's resignation, effective May 31. Wynn resigned from office following a 22 percent loss to Edwards in a Feb. Democratic primary election. The special election was arranged to occupy the empty seat Wynn would have left after resigning. Edwards, 49, defeated Republican Peter James and Libertarian Thibeaux Lincecum to fill the remaining six months of Wynn's term. 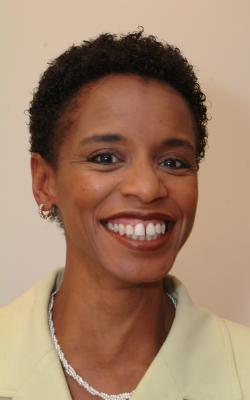 Edwards was sworn into office Thursday by Speaker of the House Nancy Pelosi (D-Calif.). In her speech, Edwards drew upon the service of her brother and father in the United States Air Force to express her pride in representing the Fourth District and said the extra six months will allow her to better serve her constituents. "Change can't wait until next year," she said to her colleagues, friends and family on the House floor, according to C-SPAN. "I am here with my sleeves rolled up, ready to work..." Edwards was unavailable for further comment.

Edwards captured 81 percent of the vote, with James and Lincecum gaining 18 percent and one percent respectively, according to The Washington Post. Maryland Governor Martin O'Malley chose to hold the special election instead of allowing the Fourth District seat to remain empty, which would have left the region without representation until the start of the next term, in Jan. 2009. The June 17 election date was announced in April after O'Malley signed emergency legislation on April 18 permitting him to hold a special general election without a special primary, as Maryland law had previously required.

The contest was marked by low turnout at the polls, about 6.5 percent, according to Montgomery County Board of Elections spokeswoman Marjorie Roher. She attributed the low turnout to lack of media coverage and voter apathy. "We mailed sample ballots to the homes of all registered voters in the legislative district in question, so all voters received information in advance," Roher said. "Ultimately, it was the voters' choice - they were made aware of the election and chose not to exercise their right to vote."

Johnson noted that Edwards's plan to provide universal pre-kindergarten programs for all four-year-olds and her support of vocational training will bode well for students. In addition, members of MCR-SGA will be working with Edwards to ensure that recent budget constraints in the county will not negatively impact the education and success of students. "It is important that students still receive proper education and equal opportunities," Johnson said. "In our county there is still a large achievement gap…it is important to take a holistic view on why students may not be performing on the same levels."

Wynn will become a partner of Dickstein Shapiro, a large lobbying firm. Because of House rules preventing former members from lobbying current members of Congress for one year after leaving, Wynn's early resignation allows him to join the firm in June 2009 instead of in January 2010.

Before entering Congress, Edwards was a lawyer and community activist, according to her campaign web site. She first ran unsuccessfully against Wynn in the 2006 primary.

In Nov., Edwards, along with the rest of the House of Representatives, will be up for election for a full two-year term, from Jan. 2009 to Jan. 2011. Edwards and James will face each other again in the fall election, as James secured the Republican Party's nomination in the Feb. primary.

The special general election cost between $1.05 million and $1.25 million, according to the Washington Post - an expense that taxpayers will bear in both Montgomery and Prince George's Counties.