Like a prism refracts a beam of light into a rainbow of different colors, so too does Janelle Monáe's newest album, "Electric Lady" refract contemporary R&B into two suites of all of R&B's cousins and progenitors: from free jazz to 60s girl groups to new wave and funk. 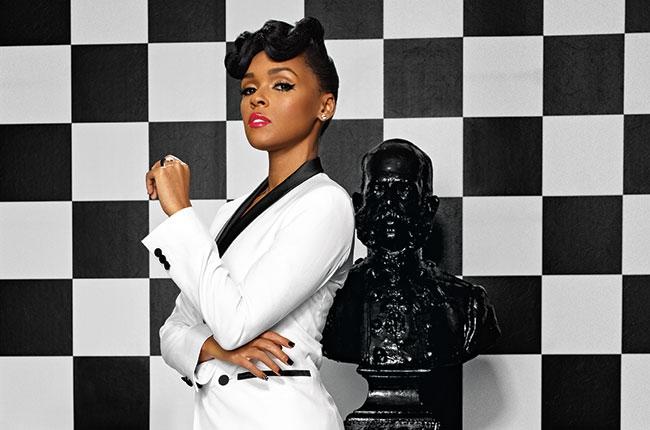 The album opens with a brief overture, then slides into "Givin' Em What They Love," featuring Prince on guitar and vocals. Prince's influence on the track is apparent; his and Monáe's vocals alternately flutter and spit over one funk guitar riff after another. The next track, "Q.U.E.E.N.," maintains similar funk guitar sounds with a healthy dose of horns, bongos, violins and a powerful verse by Erykah Badu.

"The Electric Lady" has been described by Monáe as a "prequel" to her previous album, "ArchAndroid." These two albums, along with the harder to find extended play "Metropolis," are part of the story of Monáe's android alter-ego Cindy Mayweather. Every track contributes to the tapestry of the Mayweather mythos, and every couple of songs features interludes framed as radio broadcasts from the future city where the albums take place. In the story, Mayweather falls in love with a human, something that is illegal in future society. Many of the songs deal with themes of forbidden love; "Primetime" featuring Miguel is a slow, balladic duet that takes place when Mayweather and her human lover are alone. Events such as this are offered as an explanation for Mayweather's eventual deprogramming at the end of "ArchAndroid."

Monáe has been compared to Parliament-Funkadelic for bringing the science fiction concept album to R&B the way Parliament did to funk with albums like "Mothership Connection." Despite clear innovations, the Electric Lady does not ever venture into experimental territory. Every style explored on the album has been seen before; Monáe simply adds her unique thematic flair and airy production to every track. "Dance Apocalyptic," the album's strongest track, is an upbeat pop-punk tune with a danceable riff and a catchy girl group-style chorus, as well as apocalyptic party lyrics similar to Prince's "1999."

If you didn't succumb to the considerable buzz behind ArchAndroid back in 2010, take a look at the Electric Lady. It is an elegant, well-executed trip into the mind of one of contemporary R&B's greatest stars.