When Florida pastor Terry Jones announced plans to hold an International Burn a Koran Day on the ninth anniversary of September 11 in response to the Ground Zero mosque controversy, the world flew into an uproar. Protests were held, death threats were sent and the plan was condemned by everyone from President Barack Obama to the Vatican. 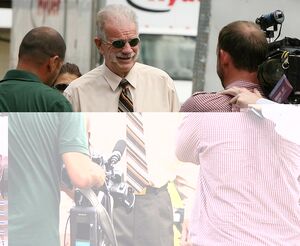 The world watched and waited, but nothing happened. The pastor eventually announced that he had no plans to burn the Koran. Jones, leader of the Dove World Outreach Center, and his now obviously empty threat have commanded international attention for far too long; the only logical course of events is to consign this man and his radical ideas to the land of the forgotten where he belongs.

The frenzy started in late July, when Jones first announced his plan to hold the event. Jones had previously published a piece called "Islam is of the Devil;" his church has made signs and T-shirts with this slogan as well. Jones tried to justify the event by explaining that he intended to expose the radicalism of Islam — he also insisted that moderate Muslims be on his side — and to prevent the building of the Islamic community center close to the site of the September 11 bombings. As for the reasons to his cancellation of the burning, Jones initially said that the imam of the area had agreed to move the mosque, and eventually said that God told him the event was a bad idea even if the mosque was not moved and announced that he had no plans to burn the Koran "not today, not ever."

No Korans have been burned. It is questionable whether Jones ever planned to burned one, faced as he was with an extreme amount of backlash. The question is, however, how long he and his insensitivity will remain in the public eye. The media coverage has been nothing if not extensive and it helps no one but Jones and his desire for the spotlight. This sensationalized and out-of-proportion news coverage is a problem, as increased recognition of Jones and those like him will only encourage more attention-seekers to follow in their footsteps.

The dust has settled. The plans were canceled. Jones' fifteen minutes of fame are over. Now it is time for the public to give this man the response they should have given him in the first place: a cold shoulder. Jones is a schoolyard bully, and it is now time to use the time-honored technique of ignoring him and hoping that he will fade back into well-deserved obscurity. If this writer had her way, this would be the last piece ever written about Terry Jones.