Everybody dance now...or not?

Like bugs to a light, a swarm of girls gather around a bonfire nibbling on pizza and roasting s'mores. Giggles and guitar melodies combine with smoke swirling through the air as they zip up their jackets against the brisk fall breeze. Engulfed by the relaxing warmth and glow of the orange blaze, these seven girls decided to spend their Saturday together instead of attending Blair's annual homecoming dance.

These girls are not alone in their choice to skip out on homecoming festivities. In a school with a population of about 2600 students, the SGA only sold about 500 tickets to the dance, leaving over 2000 Blazers with 10 dollars extra and a free Saturday night. Finding homecoming distasteful and not worth their time, some of these Blazers consequently organized and attended alternative activities.

For the past two years, junior Melanie Snail and friends have organized activities on the night of the homecoming dance. Last year, her friends hosted and organized an "iron chef party" and split participants into two teams racing to prepare the best meal. After their plans for attending Blob's Polka Park fell through this year, the girls opted for a relaxing evening of chatter and finger-foods in a backyard bonfire. 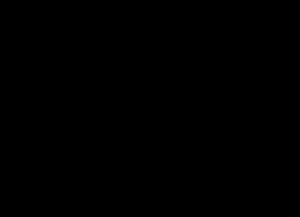 Photo: A Blazer bends over flames to roast a s'more. Photo courtesy of Julia Seiger.

Photo: A Blazer bends over flames to roast a s'more. Photo courtesy of Julia Seiger.

Snail, who attended homecoming both her freshman and sophomore year, found the dance old and unoriginal. "The dancing is a turnoff, and if you don't dance, you just stand the whole time," she says. "It's the same experience every year, and there are other activities I would rather be doing than spending my night in an over-heated SAC." However, not all Blazers are into homecoming's alternative activities, and instead prefer a nice quiet evening away from all the hustle and bustle at school.

"I just don't like homecoming," says junior Alex Beresovsky. "I don't like the dancing and I don't like the music." Beresovsky, who went to the dance last year, chose not to attend this year based on last year's unsatisfying experience. Instead, he decided to have a nice restful night watching movies and catching up on sleep.

Similar to Beresovsky, sophomore Roger Hurley decided to spend his Saturday night at home instead of dancing in the SAC. "I just know that I will wind up reading a book if I go, so why not do it at home instead," he says. Even though Hurley may like books instead of boogie, a lot of Blazers still love to dance but end up attending other activities because of previous commitments.

All she wants to do is dance

Freshmen Susana Zambrana and Azdela Chavez love to dance, but not at homecoming. Instead, Zambrana and Chavez attended a friend's Quinceanera, a Hispanic-culture tradition celebrating a girl's fifteenth birthday. "A lot more of my friends were attending the Quinceanera than homecoming, so I went to the party where I knew more people," Zambrana says.

On top of the Quinceanera's dancing, dinner and dessert were also provided to all of the guests. "There is no comparison between the two. One is cheap and the other is guaranteed fun with family, friends and food," says Chavez. Zambrana doesn't plan on ever attending a homecoming dance. "Some friends will always be doing other stuff each year, so I'll just hang with them instead of having to go through the hassle of buying a ticket, a dress, paying off my obligations etc.," she says. Although obligations were a huge obstacle for multiple Blazers in buying their homecoming ticket, other students are willing to spend as much as it takes if it guarantees them a fun night away from the dance.

Freshman Asla Reynold's voice is hoarse the night after Blair's homecoming dance, but not because she sang songs too loud. Instead of attending the dance, she spent her night screaming and being thrashed around by Six Flags of America's wildest roller coasters. Accompanied by three other girls, Reynolds had been looking forward to going to Six Flag's "Fright Fest" activities all week long, disregarding the advertisements and promotions for the homecoming dance. "I'm just not interested in going this year at all, but maybe next year." It's not that Reynold's doesn't like dances, it's just that she likes being scared more. "I just love the idea of Fright Fest, and I'm in no rush to hurry and attend homecoming; I still have three more years," she says.

We'll find another way to dance

Although these Blazers may be participating in a variety of alternative activities, they do have two things in common: they aren't going to Blair's homecoming and agree that there are better things they could do instead. Reyonlds claims she'll go to homecoming at least once just to say she has been, but for students like Snail who gave homecoming a chance and found the whole experience repulsive, she has no regrets for putting her 10 dollars toward another activity. "There are so many better alternatives out there to homecoming- it's just up to you to find them," says Snail.