Everyone is at the Houseparty

It seems like every teenager has Houseparty now. No, not the classic loud music, red solo cup and popcorn on the floor kind of house party. We mean the app; Houseparty.

Last week, an app that anyone other than a teenager probably hasn't heard off overtook Twitter and rose to the ninth highest free app on the Apple App Store. It's just one spot behind Facebook, the world's biggest social networking site.

Houseparty allows users to live stream and communicate with up to eight people at once. It's great for planning a fun evening, reminiscing the next morning and helping friends out with homework during the week. 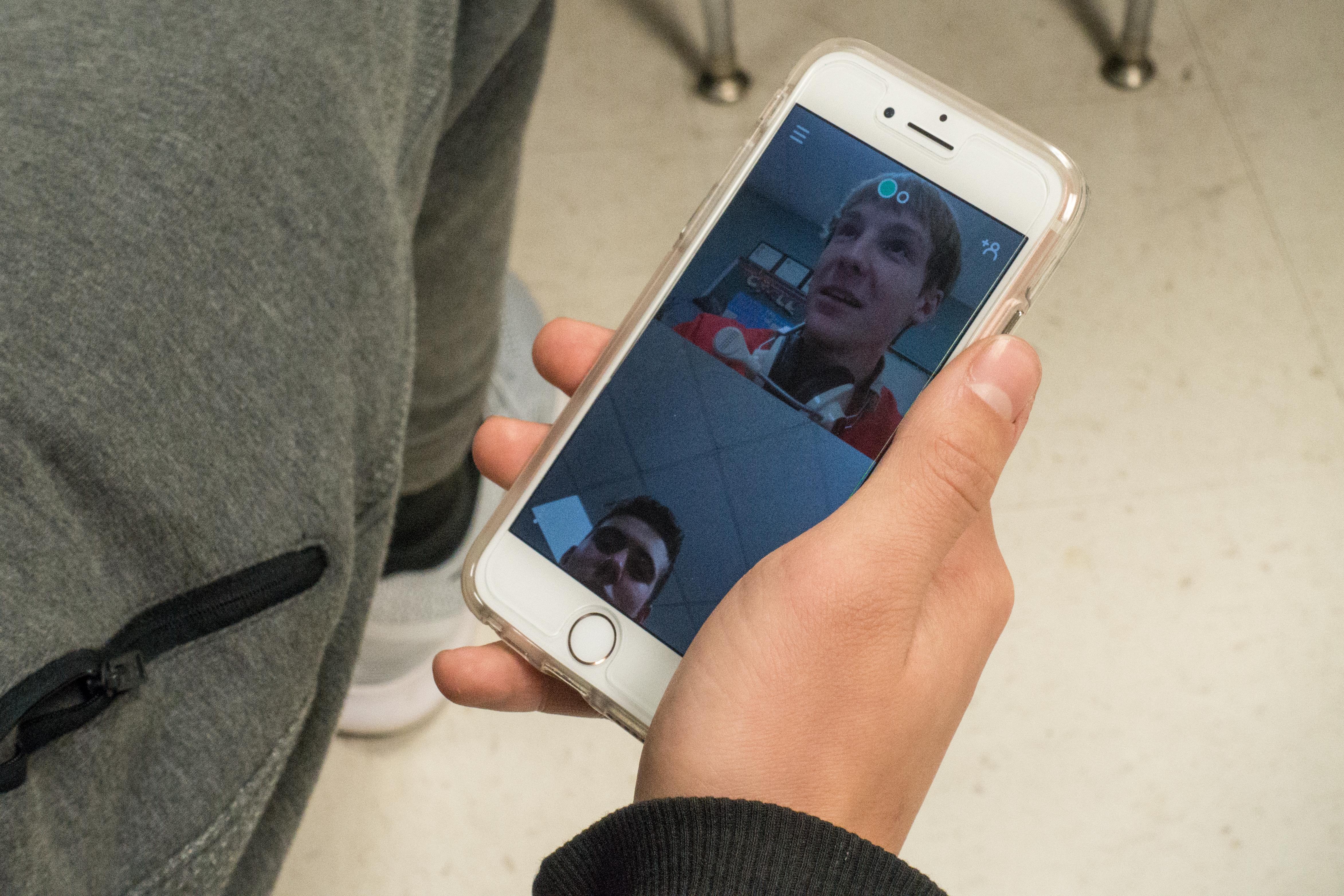 The app was first released in February 2016, and has since grown to over one million daily active users. The app is most popular with Generation Z, birthdays in 1996 and up, as over sixty percent of their users are under the age of 24.

And that includes us, Blazers. Students at Blair are beginning to connect on Houseparty as a new way to communicate. Sophomore Andrew Muirhead loves being able to talk with multiple people at once. "I think it's very fun to be able to talk to multiple people at a time. It's like group Facetime,” Muirhead says. Junior Eliza Salzman agrees. She uses the app to meet Blazers she hasn't ever talked to before. "I like how it's a new way to FaceTime with your friends and you can also meet a lot of new people within your school that you wouldn't have known otherwise,” Salzman explains.

Friends of friends can join your group, and if you don't know the person, "stranger danger" will flash across the screen. But, if you want privacy, users can lock their rooms, so that the conversation can remain private. Also, if you're "in the house," but your friends aren't, you can "wave" at them to send a push notification inviting them to get on the app.

Blazers use the app to plan their moves, or just gossip with friends. Junior Braedon Moomey loves being able to hang out with all of his friends, without actually having to be with them. "It's so helpful to be able to see and talk to multiple people for planning or just talking,” he says, excitedly. And not only is it a tool to help with your social life, Houseparty can be used as a study tool. Junior Bridget McCaw uses Houseparty for group study sessions. "I usually use it to do homework. It's way more efficient if you're doing group work than just texting," McCaw says.

Blazers who have Houseparty recommend it to all their peers. "I definitely recommend the app because it's a fun new way to talk to your friends and friends of friends but also meet new people within your school,” Salzman says. Muirhead feels that the app helps with staying in touch. "It's a good way to keep up with your friends, catch up with friends from other schools, and meet new people as well," Muirhead adds.