Everything you need to know about iOS 14

Scrolling through your phone is a routine thing for most high school students - most, if not all, spend at least two hours on their phone daily, from texting to using social media. However, getting to different applications requires browsing through the home screen, which is where Apple's latest update comes in with their most popular feature: widgets.

On Sept. 16, 2020, Apple released iOS 14, their newest operating system, and along with it came new customizable features and more security measures. These features included adjustable volume for separate AirPod buds, app libraries and compacted phone calls. Among all these features, the most popular among young iPhone users is the widget feature. 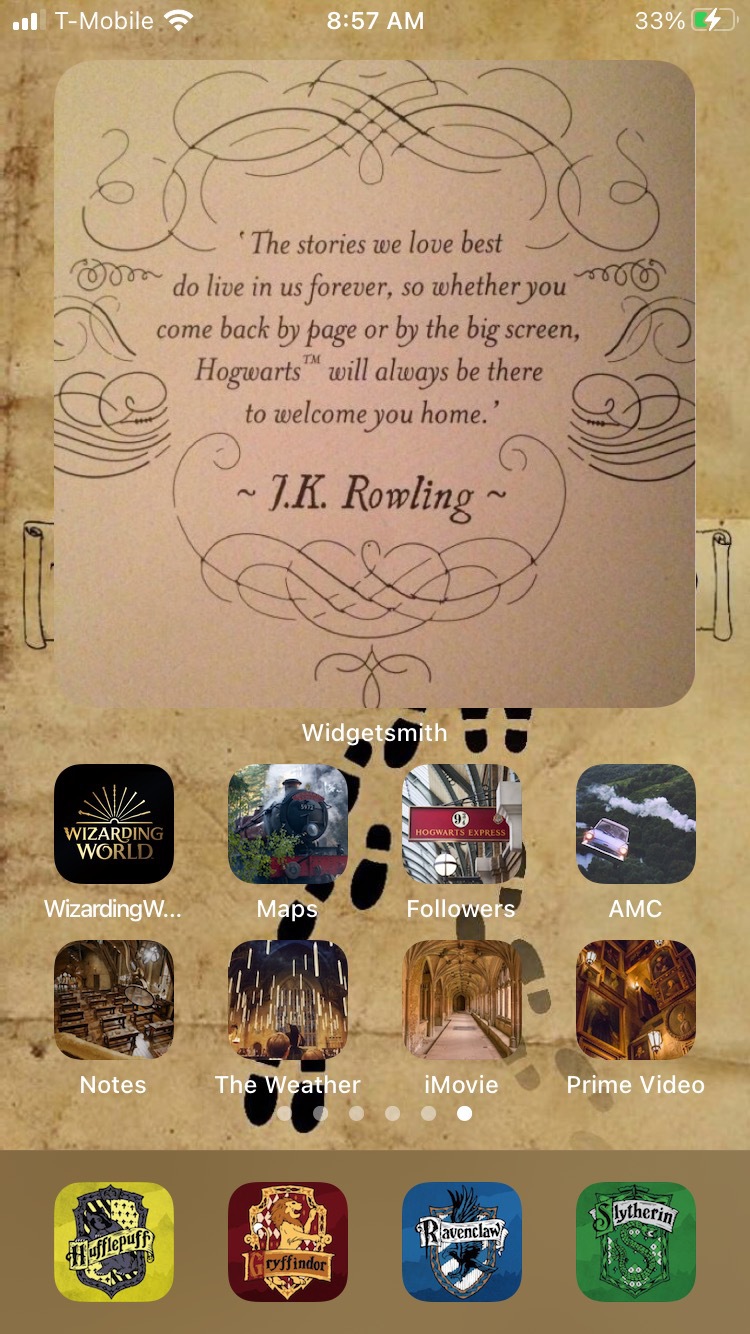 Photo: Many teenagers have centered their layout around a theme, such as Harry Potter (courtesy of Eesha Kurella)

Photo: Many teenagers have centered their layout around a theme, such as Harry Potter (courtesy of Eesha Kurella)

Simplifying customization and organization for Apple users, widgets offer space for a creative layout on iPhones. Sophomore Anna Uehlein has implemented widgets in her home screen layout to improve the aesthetic and style of her phone. "I like the widgets because I think they're really cute - they make your phone look really nice," Uehlein says. "I'm able to use the app called Widgetsmith, where I can make a calendar widget and make it different colors." 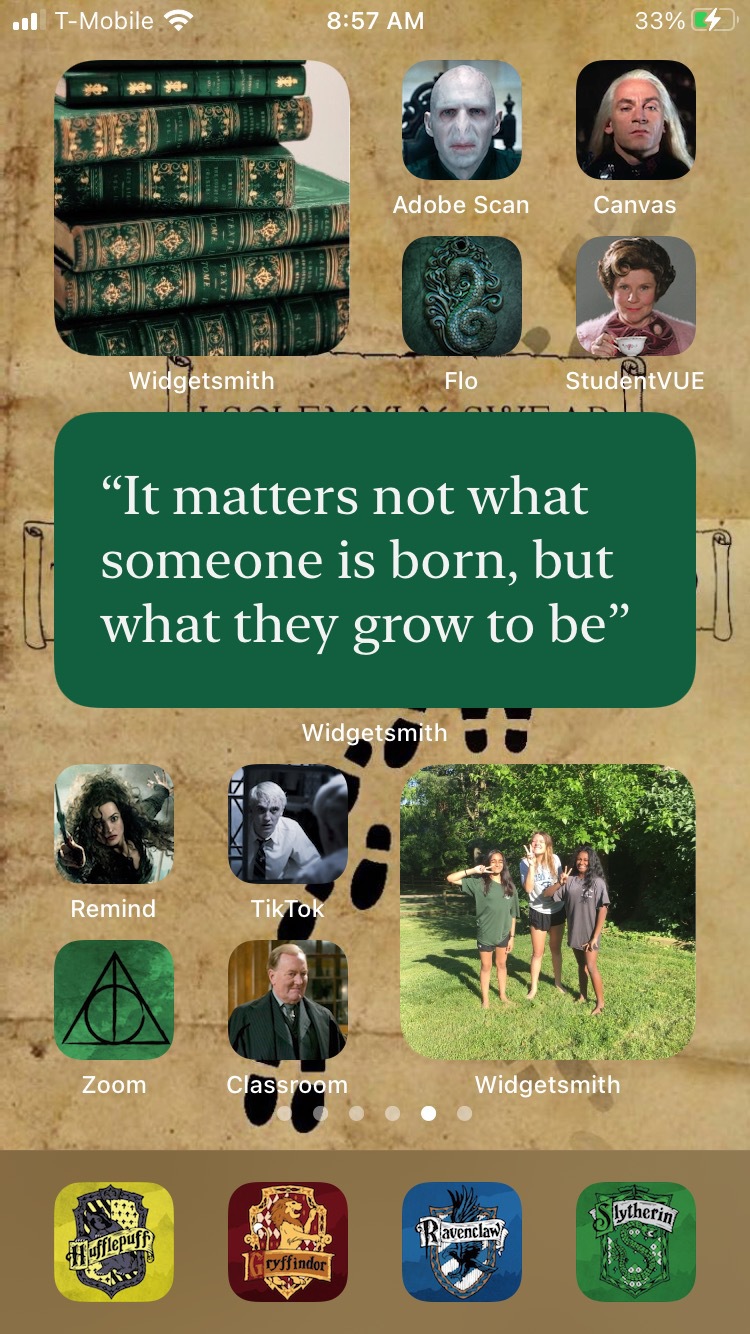 Widgetsmith, although not a part of iOS 14, is a new app that functions on iOS 14 where users can design unique widgets to replace app icons. This app allows for a wide range of creativity, offering various colors, templates and photos. It also provides far more flexibility with customizing widgets than the update itself. 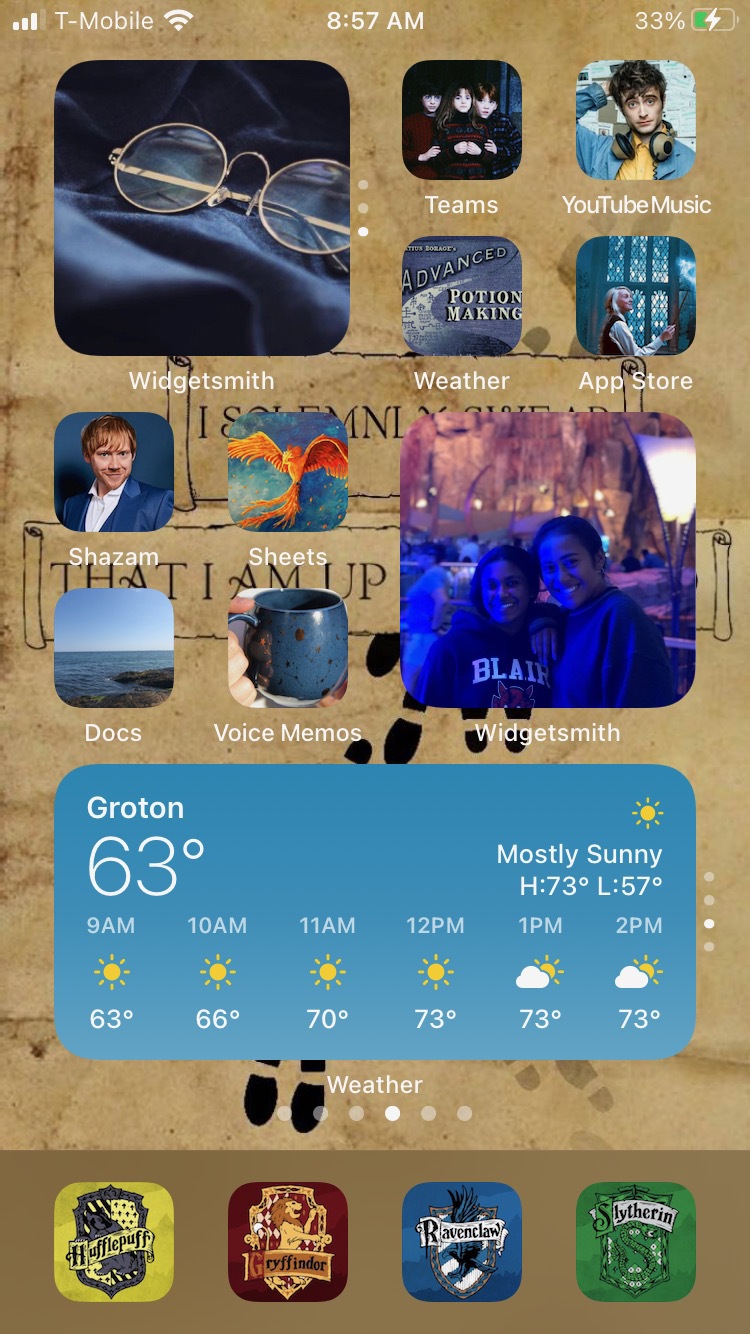 Widgets have further proved to be immensely helpful to the iPhone-using community by giving users a way to organize their applications. Widgets provide a variety of icons that give users easy access to calendars, reminders, notes and photos. Another perk of widgets are stacks, which allow users to scroll through a certain widget. 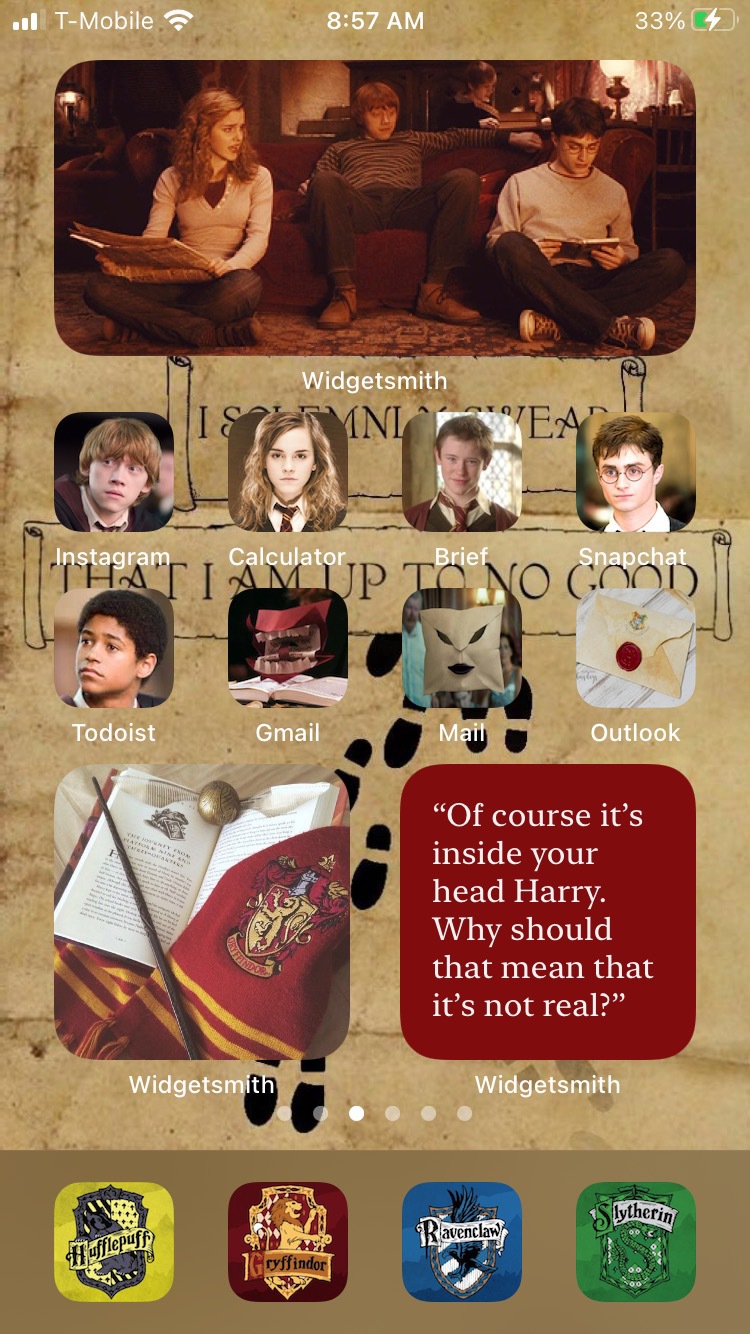 Although widgets have maintained the spotlight, the update included a range of useful elements. For one, users may pin chats, allowing for easier access to a conversation. Another notable element are the new group chat icons: think profile pictures but for group chats. Junior Cooper Dalbey enjoys this feature and explains that it is helpful to him. "[It's] easier for me to tell who's in the group chat," Dalbey says.

With all these new features, it’s no wonder Apple's update has become increasingly popular among high schoolers. On TikTok, a popular social media app among teenagers, the update brought on a new trend where TikTok influencers showed off their layout. However, the popularity brings up a question: why weren't these widgets popular before? Believe or not, in 2008, Samsung launched widgets as part of their system, but the customization feature never took off as well as it did when Apple introduced it.

Senior Amina King explains that this is normal as Apple is a well-known company, especially among the younger generations. "A lot of other electronic companies and phone companies come up with these ideas before Apple, and they [Apple] kind of adapt it," King says. "Then people see it as an Apple feature when it was already a feature [for other companies]."

As exciting as this Apple update proves to be, many of us are still looking forward to more features, including but not limited to: favoriting emojis instead of the inaccurately-algorithmed frequently used, marking texts unread as similar to emails, muting a FaceTime call on the receiving end and adding a wider variety of emojis with more color options. As Apple and other tech giants move forward, many are excited to see the new ideas and implementation of cool features and useful adaptations.