Executive pay caps are for the best

You don't have to be a corporate accountant to know that executives make more money than the rest of us. This is the way it's always been - and in a way, it makes sense: as a person climbs up the corporate ladder, their responsibilities increase dramatically and their salaries should reflect that. Then again, the earnings of corporate executives may reflect their positions a little too well. According to the Economic Policy Institute, CEOs in 2007 bagged an astonishing 275 times the earnings of average American workers. 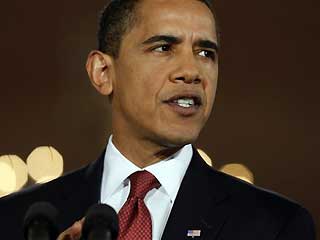 On Feb. 4, President Barack Obama announced a plan to impose executive pay caps of $500,000 annually on any corporation that accepts "exceptional" amounts of bailout money from the federal government.

This dilemma surrounding executives and the money they haul in annually has been puzzling the public for some time. Opponents of exorbitant executive compensation point at the multi-million dollar salaries commonly enjoyed by executives. They ask how this could possibly benefit the company's bottom line, or how this could possibly be justified in a nation where the median household income, according to the United States Census Bureau, is only $50,233. Historically, executives and their corporations have pointed at continuously increasing earnings statements and rising stock prices. They were making money, so something was good was happening. Right?

Well now, as the shattered pieces of our economy crash down around our ears, it's clear that those corporations weren't exactly making money. Companies everywhere, especially banks, have been hit hard by the lending crisis and are now hemorrhaging capital. Cries for federal bailout money echo across Wall Street and the Fortune 500.

Not so fast, now that Obama's policy is in play. Although political conservatives may consider the policy just another form of excessive government regulation, this policy is necessary to keep executives from continuing to irresponsibly gorge themselves - this time on public money.

To continue allowing multi-million dollar executive compensation in our current economic climate would be the height of irresponsibility. You'd think corporations so well-versed in self-preservation would understand when to stop giving executives expensive perks. Unfortunately, the system doesn't work that way. Wells Fargo & Co., for example, which accepted $25 billion worth of federal bailout money, recently offered its executives a four-day trip to Las Vegas. Perks used to be distributed as rewards for good performance. Instead, they're being given out even as companies are tanking. Capping executive pay is the only sure way to safeguard the public money flowing into troubled corporations.

Sure, Obama's solution has a number of loopholes. Since the pay caps won't apply retroactively for example, companies that have already accepted money from government bailout initiatives are home free. Changes are certainly needed to make the policy completely airtight, but Obama's proposed policies are certainly a step in the right direction.