Eyes on the prize

The Washington Capitals are now 4-0 after finishing off the Ottawa Senators (1-4) at the sold out Verizon Center on Saturday night. Following four consecutive years of early playoff exits, the Caps are back and hungry for victory, looking to get their names engraved on the coveted Stanley Cup. So far, so good.

Although their play was "ugly" in the past game, the Caps have been performing fairly well since the start of the season. Their game play hasn't been in tip-top shape, but if they can remain undefeated - even when they're not playing at their best - the Caps are a team to be reckoned with. 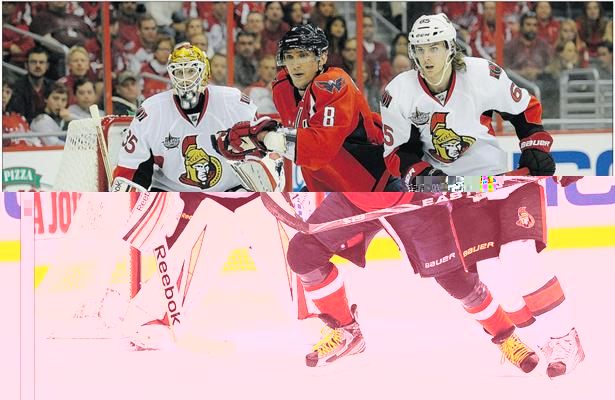 It goes without saying that the Capitals have been the "diamond in the rough" of D.C. sports in recent years. No offense, Wizards, but you really need to work on getting that ball through the hoop; it's not rocket science. The Caps, on the other hand, have a team of young, talented players and great records from recent seasons to match. However, it's their post-season performance that needs work.

Despite finishing near the top in the past few seasons and having standout players, like Ovie (Alexander Ovechkin), Backis (Nicklas Backstrom), Sasha (Alexander Semin) and Mike Green, Washington has been unable to remain competitive in the post-season. From 2008 to 2010, Washington has been ousted from the Stanley Cup playoffs either in the conference quarterfinals or semifinals by one game. Last year, to the shock and dismay of every die-hard fan, they were swept by the Tampa Bay Lightning in the semifinals.

Fortunately, a new season comes with a clean slate and another opportunity at the cup and it looks like Washington will have a really good chance this year. If you look at the roster, the Capitals are a heavily offensive team and it's worked for them so far (don't worry, I didn't forget you, Green, you're still the best offensive defenseman in the league). 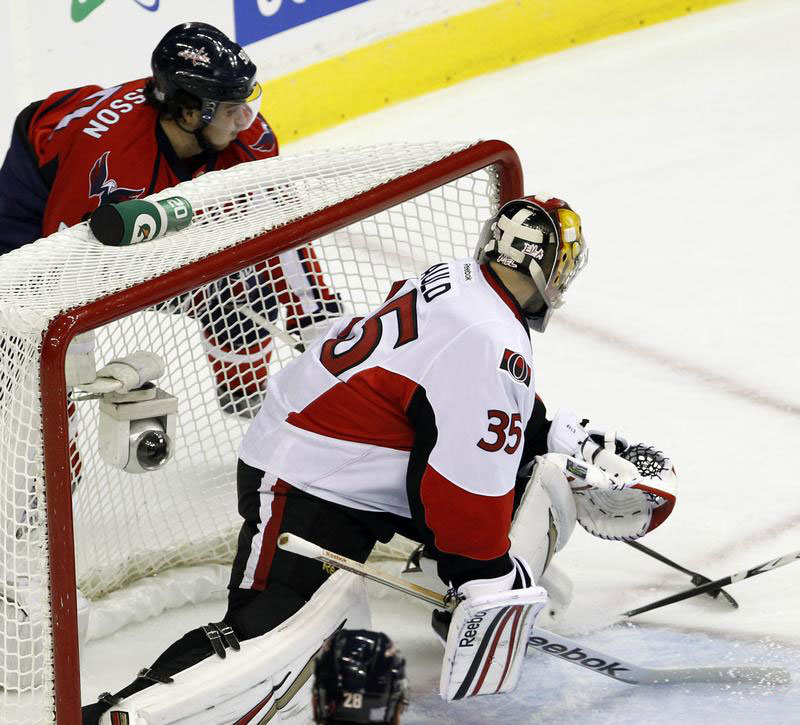 Washington mainly capitalizes (no pun intended) on the strength of the offense in order to reach playoffs and this year should be no different. Backstrom already has five points in the past few games, while left wing Jason Chimera leads the team with three goals. Center Marcus Johansson looks really sweet on the ice at the moment, especially with that beautiful wraparound goal in the first period against the Senators.

But you can't count the defense out either. Last season, after the ridiculous 7-0 loss to the New York Rangers, the Caps shifted to a slightly more defense style of play. With ex-Florida Panthers veteran Dennis Wideman skating well and Green coming off his injuries, the Caps are poised to bounce back. Although things look sloppy at the moment, they can (and will) improve. They just need to keep opponents from getting so many shots on goal and the pressure off the goalie.

Speaking of goalies, there's been some debate recently about the fate of the team when starter Michal Neuvirth got injured and ex-Florida Panthers veteran Tomas Vokoun had to take over. I'll admit, although his career stats were pretty good, I was a bit skeptical at first because he's 35 and that's around the age where players slow down. Though, now that I think about it, if I had thought of right wing Mike Knuble and New Jersey Devils goaltending legend Martin Brodeur (who are both 39 and still going), maybe I would've had more faith in Vokoun's abilities?

Even though there's a lot of buzz about the goaltenders, the newly re-signed players and the Asham-Beagle fight on Thursday, there is no player more talked about than Alexander Ovechkin. Some people are wondering where the guy who dominated hockey went, why he hadn't been able to help the Caps cruise by the Malkin-less and Crosby-less Penguins and where his hat trick days have gone. Well, the critics really need to calm down. The team is called the Washington Capitals, not the Washington Ovechkins.

Although the Caps have room for improvement, they'll continue to dominate this season. A win is a win in my book and as long as they get better by playoffs time, this is their year.