As the use of social networking becomes increasingly prevalent (a survey by the Pew Research Center indicated that 65% of adults now use a social networking site), the negative effects that come with it have become more prominent. Facebook use in particular has led to shocking incidents where employers have fired their employees for their pictures or written posts. Anyone who uses a social networking site should be aware of the privacy settings, but either way, an employer should not take what they do or say online into the workplace. 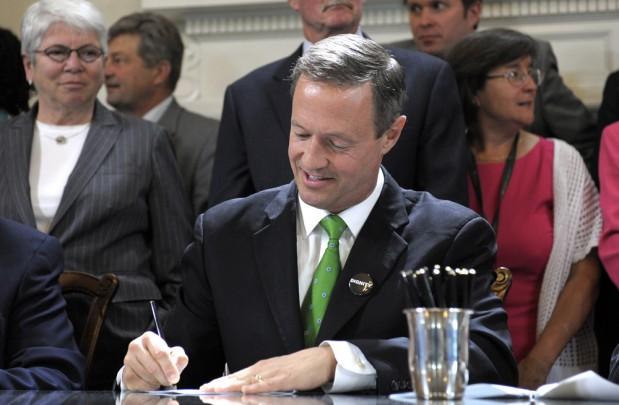 On May 2, Maryland Governor Martin O'Malley signed legislation to attempt to limit this type of behavior by making Maryland the first state to ban employers from requiring employees to give them their Facebook passwords. The bill will protect personal privacy and ensure that an employee isn't forced to hand over access to his or her account. The act won't take effect until Oct. 1.

The bill is the first of its kind to actually protect an employee's right to Facebook privacy and has already caused nine other states, from South Carolina to California, to consider similar legislation. Maryland might have been the first but hopefully not the last. Other states should follow suit in protecting personal privacy and ensuring that social media and work remain separate (unless of course one's job is in social media).

While it's commendable that Maryland (and possibly others) are taking a stand for online privacy, the fact that this is even an issue in the first place is almost absurd. The point of Facebook is to be able to interact with friends over the web by sharing thoughts, photos and interests. The best part of this is being able to do it privately, and without a looming fear that someone might gain access to information that they shouldn't. Privacy settings exist for the purpose of preventing unwanted eyes from seeing into a user's life. If people don't want to be virtual friends with their boss, they shouldn't have to be.

An employer asking for a worker or applicant's password to anything not related to their job is a wildly inappropriate violation of privacy. Facebook is a worker's personal space on the Internet and what they chose to share about their private life should be irrelevant to their work. There is no valid reason for why an employer would need to ask for someone's password. If there's a concern about an actual crime, then attention should be brought to the authorities, not the employee's Facebook page. Most of the time, however, employees get in trouble for negative comments about their boss or co-workers.

In 2010, Dawnmarie Souza was fired from her job at an ambulance service in Connecticut due to angry, and some profane, remarks she made on Facebook about her boss. The company claimed that allowing employees to make slanderous comments about co-workers was against their policy, but something written on Facebook should not be considered slander. Sure, maybe Souza should have been more careful about what she wrote online, but it was done at home, not at work, other employees joined in and agreed with her and in the end it's no different than a talking to a co-worker at lunch. What is written on a person's Facebook page is not meant as a public statement, nor should it be treated as such.

Souza's case made headlines because she took the issue to court in an unprecedented lawsuit, setting off a chain of related instances. In 2011 there were 24 pending lawsuits involving other Facebook firings. With any luck, Maryland's legislation will help pave the way for other states to take similar action.

The right to Internet privacy might not be explicitly written in the constitution, but that doesn't mean that people shouldn't have it protected. Regardless of an employee's behavior on Facebook, it should not affect how they are treated at work. More importantly, their employer should not be able to demand access to their personal space.