If your friends can see your most private information on Facebook, who else can? You wouldn't post your name and picture on a public wall for everyone to see. Yet that's what Facebook is doing with user data in its latest privacy modifications. 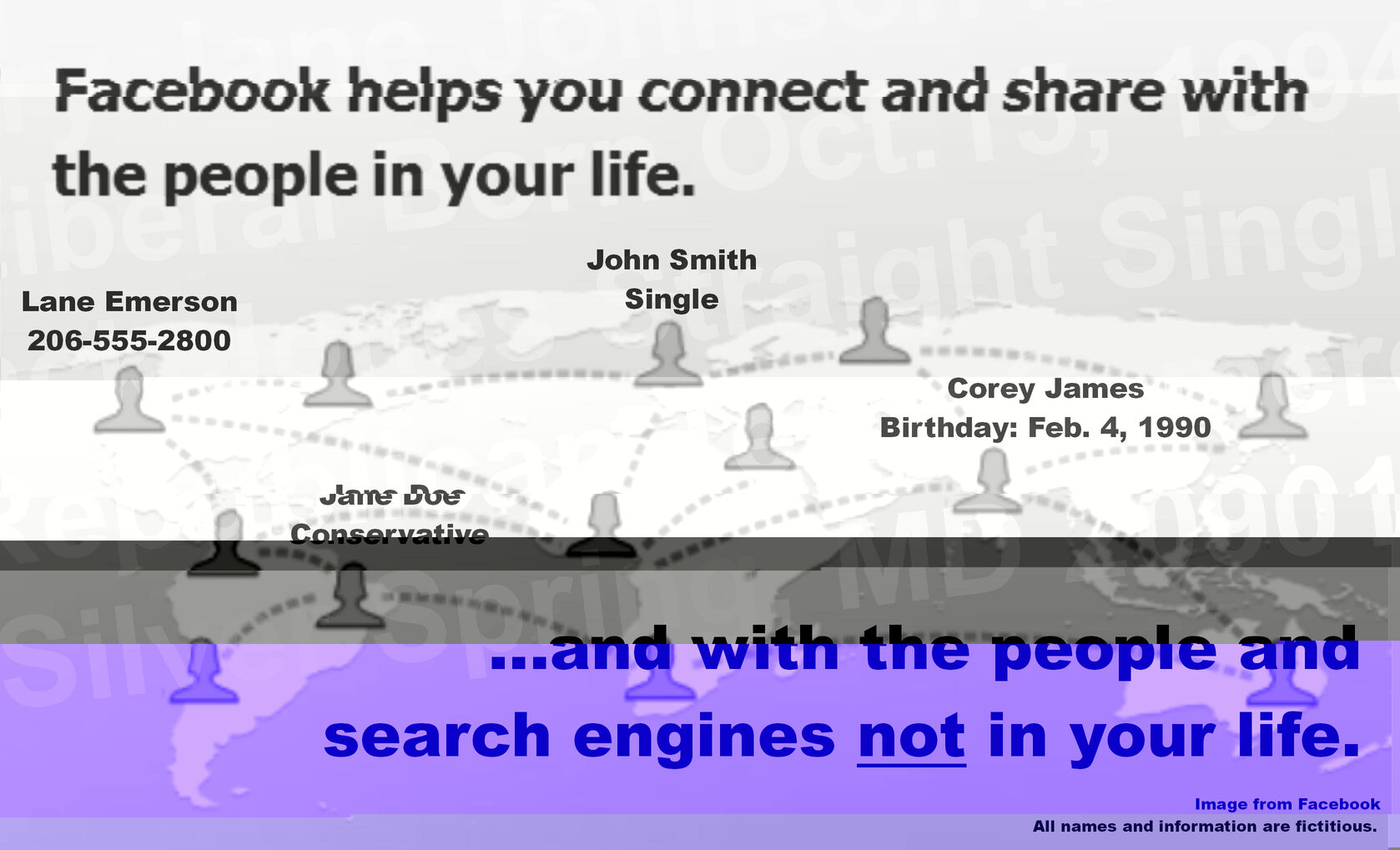 Photo:
Today's number of Facebook users is skyrocketing, reaching over 350 million in December, but users continue to possess minimal knowledge of their own privacy settings, a reality of which Facebook has taken advantage. In December, Facebook revealed its new privacy controls. Instead of privacy based on friends and networks of schools, companies and regions, users can modify settings for what friends, friends of friends or everyone on the Internet can see.

When users first logged in after the changes, Facebook's transition tool allowed them to choose between old settings or new recommended settings, which were preselected. Facebook recommends that "everyone," including third parties and search engines, be able to see information like "About me," "Family and relationships" and posts, which include photos and videos. Photos of the user and the user's religious and political views should be available to friends of friends, according to the recommendations, and contact information should be available only to friends.

Counter-intuitively, the "recommended" privacy settings reveal even more data to the public. For example, the default setting before the changes made relationship status and gender preference visible only to friends, but Facebook recommends making them visible to everyone, which could mean stalkers and sexual predators.

And many unaware users keep these settings. According to a 2009 survey by Web security company AVG Technologies and the Chief Marketing Officers Council, the majority of social networking users are vulnerable to online security problems, but less than one-third take protective actions. For instance, 57 percent said that they infrequently or never adjusted privacy settings.

But stalkers and sexual predators aren't the only risk of lowered privacy settings. It's the content that Facebook doesn't allow users to customize, the changes hidden behind a screen of interface changes, that pose a virtual danger to users. Some information about users - name, profile picture, gender, city, Friend List and Pages - is now automatically available to everyone online.

According to Kimberly Nguyen, a consumer privacy fellow with the Electronic Privacy Information Center (EPIC), users could choose under the old policy whether to share information with third-party application developers. With no emphasis by Facebook on such a major change, the company has bamboozled the users who wanted their identities kept off the public sphere and who are now unwittingly exposed to information-seeking third parties.

It is on these grounds that EPIC, a public interest research center, filed a complaint with the Federal Trade Commission (FTC), stating that the changes "violate user expectations, diminish user privacy and contradict Facebook's own representations," according to the EPIC Web site. The more information that Facebook makes public, the more users are at risk of spam, identity theft and other banes of the virtual world.

For years, people have been drilled into not giving away personal information, but Facebook has taken that precaution away in one swoop. Every day, people are victims of Internet crimes, and there still isn't enough security or information to protect and educate users. Respecting user privacy and ensuring that they have control over their information and content should be the number one priority for all Web sites. After all, Internet users should have ownership over their own identities.

The motive for such deception is familiar - business. With revenue from advertisements, Facebook makes money if more users make their content public, so more users view information along with ads. But the fact is that Facebook made these changes and users are stuck dealing with whatever stalkers and spam come along.

Hopefully, the profit-seeking Facebook and the FTC will take the EPIC complaint seriously and learn that while Facebook is a business, it shouldn't trick users or force them to reveal information. They may learn that users aren't willing to trade personal information for socializing. Users should change settings as they deem appropriate and stay up to date on their social networks on which they depend, particularly by reading Facebook's privacy policy, and that of other Web sites, carefully. Only cautious users and a more transparent, user-sensitive Facebook can keep information in the right place - for friends' eyes only.