It's official. Anywhere I go, it seems like there's a Kardashian endorsing a fragrance or a weight loss product. Without a doubt, reality stars such as Kim, Kourtney and Khloe Kardashian from E!'s "Keeping Up with the Kardashians" have branched out of Hollywood and taken the entire nation by storm.

The Kardashians are few of several reality TV stars that have risen to fame within the past five years. After the success of "Keeping Up," starring the entire Kardashian family, then-single sisters Khloe and Kourtney moved to Miami to open a new branch of their boutique, D-A-S-H, and film spin-off "Kourtney and Khloe Take Miami." 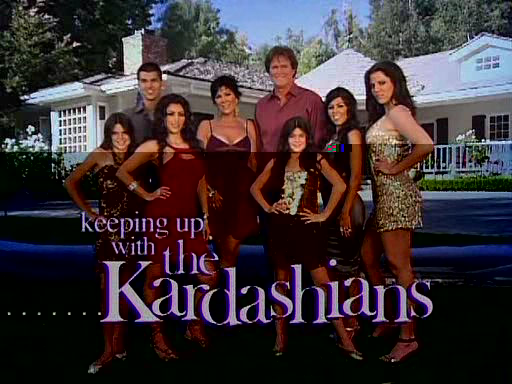 Photo: Kim, Khloe and Kourtney Kardashian star in reality show "Keeping Up with the Kardashians" with their family.

Photo: Kim, Khloe and Kourtney Kardashian star in reality show "Keeping Up with the Kardashians" with their family.

On Monday, Kim revealed that she and Kourtney would be filming yet another spin-off called "Kourtney and Kim Take New York." Yep, you guessed it. This time around, the sisters will open a D-A-S-H in the Big Apple.

Perhaps you are thinking the same thing as me. Another show? Is this really necessary? First it was Kim, Khloe, Kourtney, Kris, Kendall, Kylie, Bruce and Rob all together. Then it was Kourtney and Khloe. Now it's Kourtney and Kim. Katching on? This Kardashian kraze is just getting started.

The reality TV era started in 1948 when producer Allen Funt hit huge success with his hidden camera show, "Candid Cameras." Funt's conception of a new genre of television that offered unscripted entertainment spurred the creation of many more reality shows in decades to come. But, nowadays, it seems like with the right ingredients, practically anyone can be on a reality show and become famous for nothing.

Why are the Kardashians even famous at all? Maybe it's because of Kim's friendship with Paris Hilton. Or maybe it's Khloe's sudden marriage to Los Angeles Laker Lamar Odom. Aside from having dramatic personal lives perfect for nationwide audiences to observe, it doesn't seem like they accomplished much to rise to stardom. Sure, they have clothing lines, beauty products and boutiques - and they are successful with many of those. But are they famous because of their successful , or are they successful because they are famous?

I'll be the first to admit that I am a fan of "Keeping Up with the Kardashians" and some other reality shows. After all, these stars' lives make for some pretty hilarious and at times, intense, entertainment. But what do the reality TV shows in which these celebrities star – and the ones that we viewers watch – say about our values and ideals as a society? It seems like very few celebrities can rely solely on hard work to stay in the limelight nowadays. No matter how hard celebrities try, media attention on their personal lives are necessary to sustain their professional lives, and reality TV only exemplifies this need.

If Hollywood's taught us anything about reality TV it's that almost any mix of juicy hookups, catfights and alcohol can guarantee cash and superstardom.

Nonetheless, what really matters isn't how celebrities become famous, but what they do with their fame to benefit others. Stars like Khloe Kardashian and Lamar Odom are active members of Cathy's Kids, Odom's foundation to benefit under-privileged kids. Although many reality TV stars may be famous for nothing, as long as their fame is going to a good cause, I will gladly sit down for half an hour of partying, cursing and family fun with the always entertaining Kardashian clan.