While her friends unwrap sandwiches and pop bags of potato chips around her, junior Jill Lidsky sits down across the table silently with a wide grin across her face. "What's up Jill?" a friend asks Lidsky. She continues to smile wildly as she pulls out a picture and presents it proudly. "I finally found out what my sister looks like!" Lidsky replies triumphantly as she hands over a picture of her sister. Just days before, Jill's dad had returned home from Korea with information and pictures from her previously mysterious biological family.

Lidsky was adopted from Korea as an infant and has been raised by her two adoptive parents ever since. Recently, her father returned from a business trip in Korea with contact information from the biological family that she had never met before. Her dad was able to meet Lidsky's biological uncle and the family was open to contact with Lidsky and invited the possibility that one day they could meet her. "I'm kind of nervous because I've never met them and it's been 17 years," she admits. 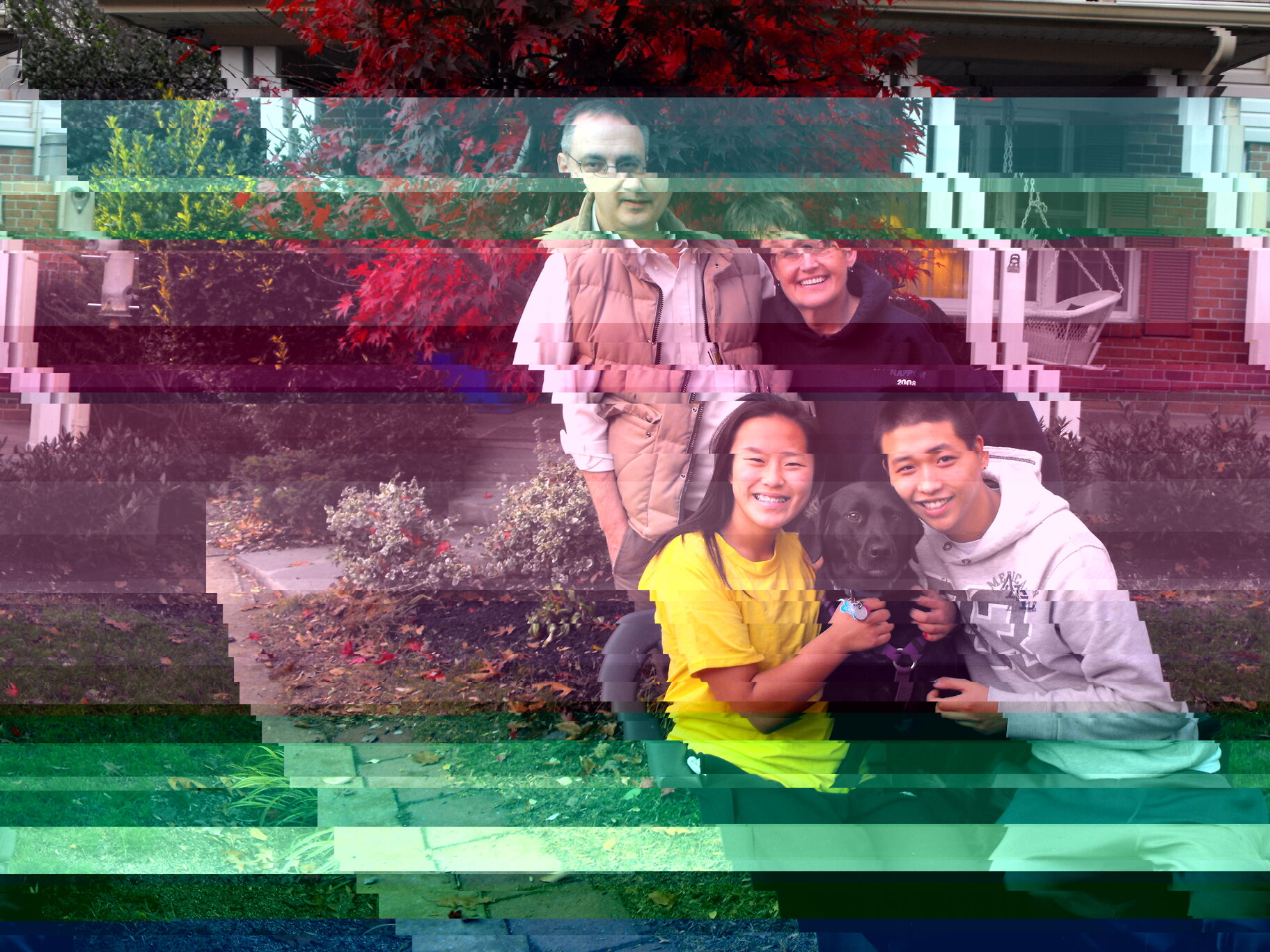 Lidsky's willingness to reconnect with her birth family is becoming progressively more common today. About 80 percent of adoptions in the United States are open, meaning that the birth parents and child have the ability to communicate with one another, according to an article in "Working Mother" magazine. For a few Blazers, this interesting family structure creates unique relationships with their adoptive and biological family.

Meet the parents
Lidsky was born in Daejon, Korea and soon after was given up for adoption by her biological family. Her parents, Donna and Michael, adopted her from an agency when Lidsky was seven months old. During her upbringing, her parents made the point of ensuring that Lidsky and her brother, who was also adopted from Korea from different parents, both appreciated their heritage and embraced their adoptive family. "We don't really talk about [me being adopted]," Lidsky says.

While it may not be spoken of frequently, Lidsky's adoption has been an apparent and integral part of her childhood. "I think one day I just realized that I looked different from my parents," Lidsky reminisces. "I knew a few vague details about my biological family, that's it."

Lidsky's dad shared that curiosity, which led him to try to contact her biological family when on a business trip. "My dad went to Korea and talked to the adoption agency and from there he was able to meet my [biological] uncle," she says. "When he returned, he brought back pictures of my relatives and my sister's e-mail address." 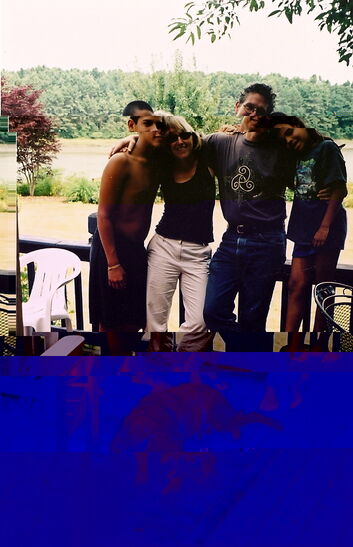 Photo: Shultze and her adoptive mom, dad and brother pose together. Picture courtesy of Shultze.

Photo: Shultze and her adoptive mom, dad and brother pose together. Picture courtesy of Shultze.

According to Gloria Hochman, the director of communications at the National Adoption Center, most adoptive parents do not feel threatened by their child's desire to seek their biological families. "Parents tend to be generally supportive," she says. "Only in a few instances have I seems parents who are hesitant simply because they fear that by their child meeting their biological parents, they might be opening Pandora's box."

Although Lidsky's family is open to having her meet with her biological family now that she is older, sophomore Rian Henry did not have to wait as long to learn about his adoptive parents. "I've been in contact with my biological parents pretty much since birth," he says. "My situation is kind of odd because basically my biological parents were best friends with my adoptive parents so I've always known them and thought of them as my aunt and uncle."

Henry's seemingly unusual situation is actually becoming more and more commonplace among adoptive families, as biological parents are willing to have more contact with the children that they relinquish for adoption, according to Hochman. "In the past 15 years, open adoption has become more standard," she says. "It used to be that after adoption, a child's record would be sealed which would make it far more difficult for the parent to be contacted. Nowadays, open adoption is pretty much the norm."

Finding families
Although there has been in an increase in open adoptions, the newfound connection has not changed their relationships with their adoptive parents in Lidsky and Henry's cases. "Even though I have this other family that I can contact, my parents have really understood and are pretty accepting of the whole situation," Lidsky says.

The same has been true for Henry's family who, for his entire life, has allowed him to embrace both parents in his life. "We all used to live in a small neighborhood together in Massachusetts and we'd see each other all the time," he says. "Now they've moved to New Jersey and we've moved to Maryland but I still seem them every once in a while and talk to them on the phone." 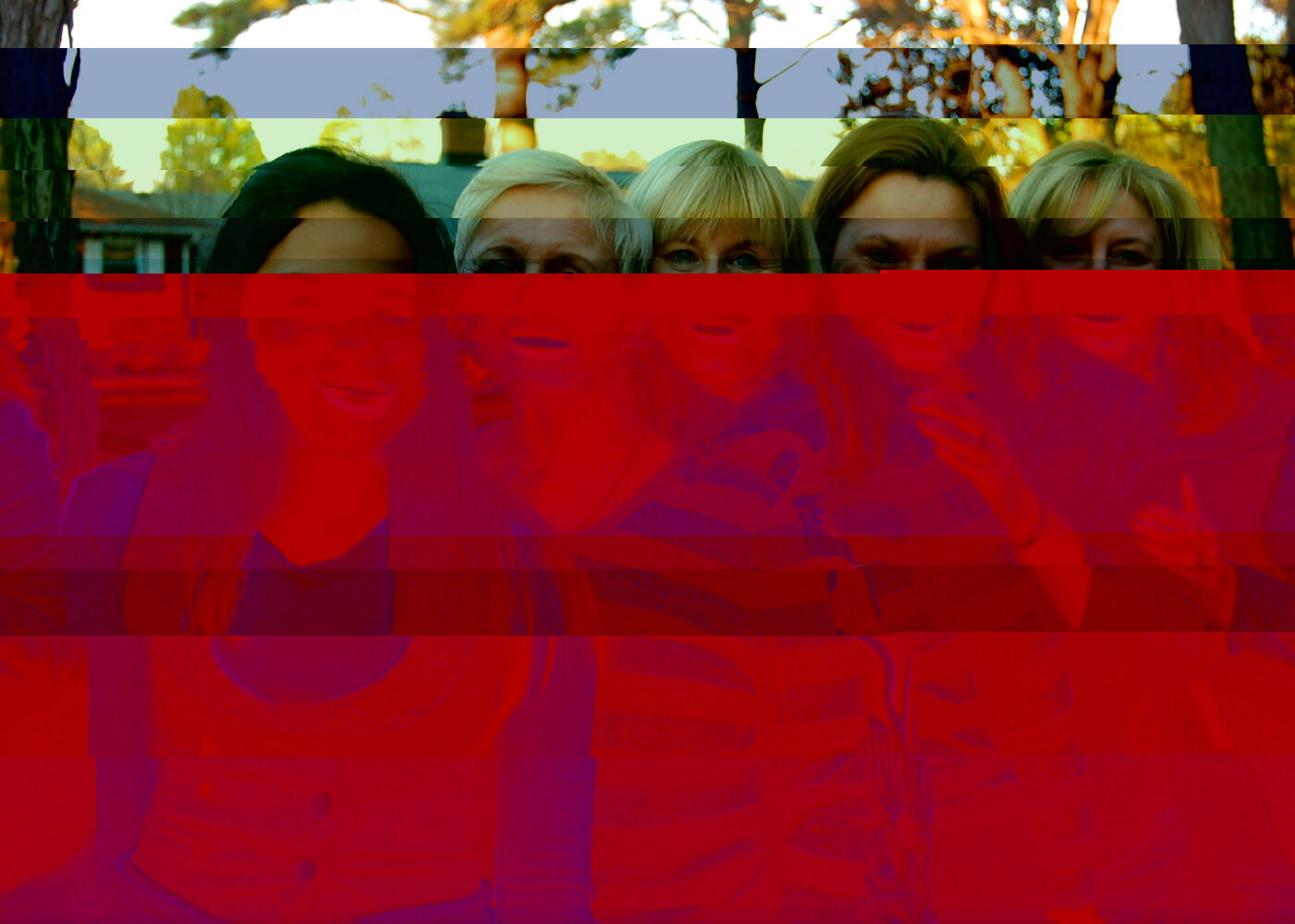 Photo: Sophomore Caite Shultze poses with the women in her family. Picture courtesy of Shultze.

Photo: Sophomore Caite Shultze poses with the women in her family. Picture courtesy of Shultze.

For sophomore Caite Shultze, her adoptive parents' willingness to share her culture and background with her has been an enriching experience. While Shultze wants to meet her biological mother, the adoption agency has prevented her from contacting her until she is 18. To make up for that, Shultze's parents took her and her adoptive brother to their native Colombia and to the agency from which they were adopted. "My family and I went on a homeland tour with other families who adopted from the same agency," she says. "It was an awesome experience. We got to play with kids at the adoption center where I was adopted."

This kind of experience, Hochman believes, is highly beneficial to an adopted person who is seeking answers about their biological family. "If they have a curiosity to know about their genetic background, then seeking family members can be really helpful," she says. "It also provides access to other family like siblings. It can be very meaningful to them."

All in the family
Shultze looks forward to the opportunity to get to know her birthmother when she is old enough. "I would love to meet her some day and just talk all day," she says. "My parents are very open about the topic of my birthmother and adoption and they understand that I have questions. I know it is very hard to do sometimes but maybe one day I will find her."

That said, though, Lidsky does want to visit Korea and meet all of her family. "My sister really wants to meet me," she says. "She sent me emails that she wants to hang out with me and eat her kind of food. She wants me to try seaweed soup, which is what they eat in Korea during celebrations."

With the prospect of meeting and befriending her biological sister, Lidsky glances again at her sister's picture. Unaffected by the chatting and commotion of 5A lunch around her, she clutches the photo as her grin stretches to both ears. Suddenly, she stands up and moves to the next table, ready to show off a little piece of a family she will soon come to know.