"Fantastic Beasts: Crimes of Grindelwald" brings magic to the theatres

"Fantastic Beasts: The Crimes of Grindelwald" looked great on paper, but unless you are a raving Potterhead, it didn’t live up to its name. There are far too many subplots, leading to plot holes that make it difficult to keep track of the sequence of events during the movie. However, like any other Harry Potter-based movie written by J.K. Rowling, the film’s imaginative storyline and extraordinary magic makes it entertaining to watch. 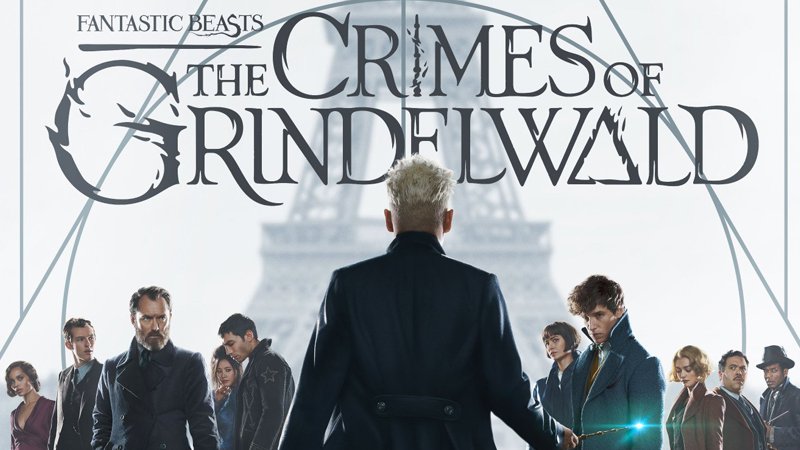 Photo: "Fantastic Beasts: The Crimes of Grindelwald" is only the second of a five movie series.

Photo: "Fantastic Beasts: The Crimes of Grindelwald" is only the second of a five movie series. Photo courtesy of ComingSoon.

The movie starts off with an exhilarating chase scene with dark wizard Grindelwald (Johnny Depp) escaping from prison. The guards are transferring him to England, so they secure him in a carriage and fly away on a stormy night above the New York skyline. Grindelwald manipulates one of the guards, lets his ferocious pet lizard loose, and escapes the carriage. The scene is filled with loud and bright blasts of magic, and the guards panic as Grindelwald smiles slyly throughout. It is a great start to the movie, bringing a lot of energy to the theatre and foretelling all the amazing magic and action scenes that are yet to come. After this scene the movie delves into all subplots, including relationships between Jacob (Dan Fogler) and Queenie (Alison Sudol), and Newt (Eddie Redmayne) and Tina (Katherine Waterston).

These subplots stray away from the main storyline of Grindelwald building his army. Grindelwald is gathering supporters through persuasion and propaganda. His ideology is to make wizards the rulers of the world, and have control over the muggles. To do this he needs Credence (Ezra Miller), one of the main characters from the series’ first installment, "Fantastic Beasts and Where To Find Them", to join his army. While Grindelwald is trying to acquire Credence, the Ministry of Magic and Newt desperately attempt to prevent Credence from joining the evil side.

Many irrelevant details are riddled throughout the movie when characters are introduced, or a new plot starts. Newt first appears in the Ministry of Magic, captured with a close-up angle as he waits for his brother. It’s a very interesting way to introduce him into the movie, yet it did not serve much of a purpose for the plot or the character description. There are a few other scenes that leave you questioning the point of putting it in the movie. However, J.K. Rowling typically inserts many seemingly pointless clues throughout the Harry Potter series which eventually become very important later on, suggesting these irrelevant details may also hold significance in future installments.

One main issue with all the subplots is the transitions between them. When a scene ends and a different subplot begins, the camera does not drag your attention to the new characters, so it’s fairly easy to lose track of important plot details. This aspect is especially frustrating when watching on the theater screens as it becomes necessary to turn your head to follow along with the camera movements. Even though there were too many subplots, some of them served as character description and background information about the wizarding world, which is what many Harry Potter fans love.

Although a few castings made critics nervous, such as Johnny Depp playing Grindelwald and Jude Law as Dumbledore, both of these actors executed their roles very well. Depp was the perfect sly villain, and Law captured everything there is to love about the Dumbledore in the original movies. Other main characters, such as Newt and Tina, work together well on-screen, making the relationship between Newt and Tina effectively awkward and sweet.

The movie was very entertaining, and the castings were well executed, but the cinematics were sometimes hard to follow. Harry Potter fans are left with a lot of questions that will most likely be answered in the next two movies of the Fantastic Beasts series, like who really is Credence, but for now they have to sit patiently and develop imaginative fan theories about what is yet to come.

Fantastic Beasts: Crimes of Grindelwald is playing at all theatres in the DMV area including the Regal Majestic Stadium (Silver Spring), AMC Wheaton, Landmark Bethesda, and Arclight Montgomery Mall (Bethesda). It is rated PG-13 for fantasy action, death and gore.