New generation of fans aren't just hooked to one team

It's Monday night, and your favorite football team, the Washington Redskins, is playing against their bitter division rival, the Dallas Cowboys. You sit down to watch the game, take your phone out to check your fantasy football team, which is now losing by twenty points. But then you realize that your starting quarterback is none other than the Cowboys' Tony Romo. This puts you in a dilemma. Who do you root for? Your favorite real-life team, or your fantasy team?

It all depends on perspective. Some fantasy players find that friendly competition between league members is the most important part of their weekly games, not to mention bragging rights for the rest of the week when they win. Others remain loyal to their NFL teams while playing fantasy sports, but find ways to still be competitive. 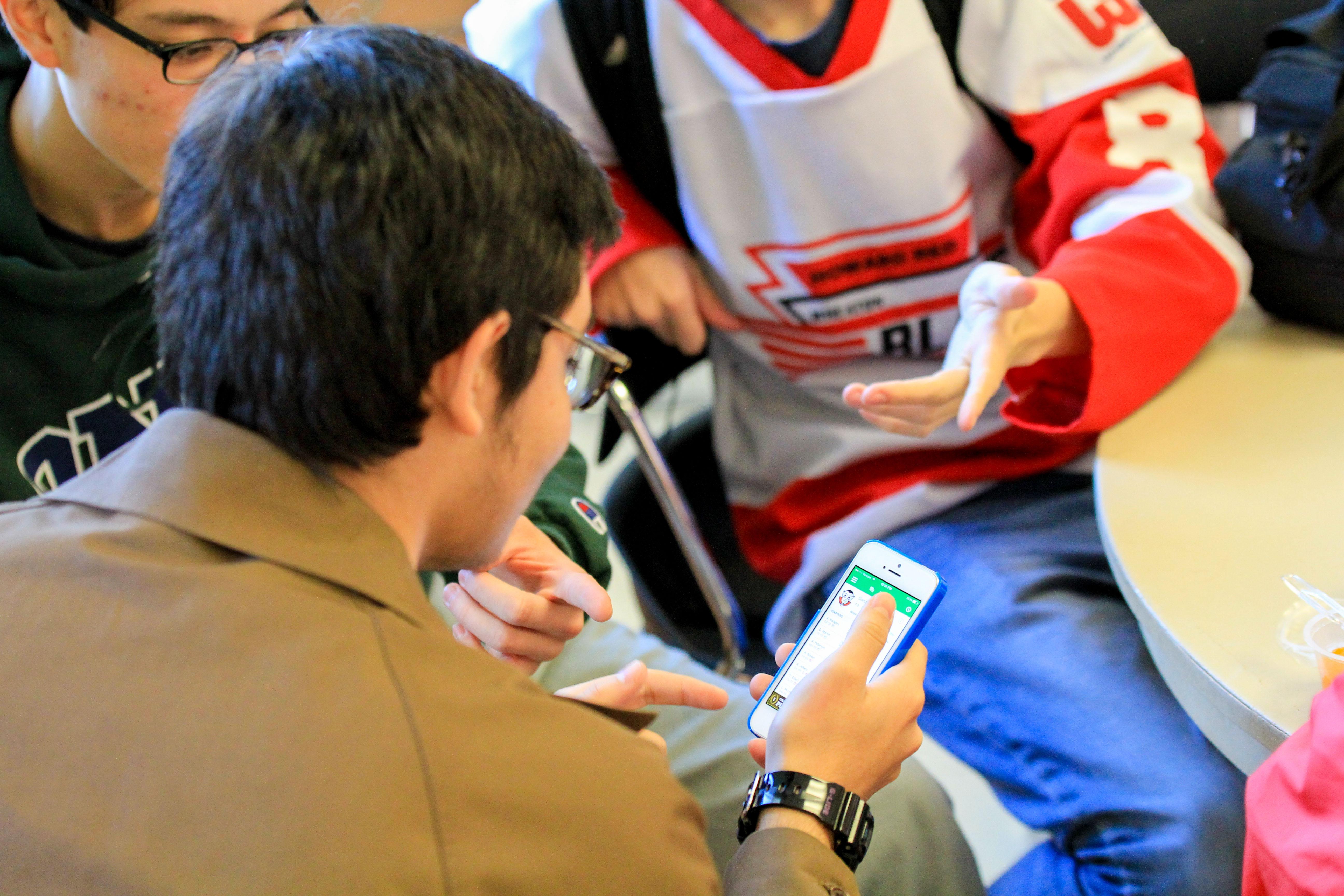 Photo: Junior Pedraam Faridjoo talks about his fantasy football team with his friends at lunch.

Some football fans are now prioritizing their own fantasy football teams over their favorite NFL teams. Most leagues consist of close friends who are already competitive to begin with, made even more competitive by the head-to-head matchups between players in the league. With the game often coming down to luck, the fun of it all is just waiting to see what transpires on Sunday.

The competitiveness of the fantasy league determines the level of devotion of each player. The more trash talk that goes on between the players, the more they want to win. And the more the players are criticized by their friends for their decisions, the more they will try to learn about the game and the key players. And the opportunity to do so is provided by ESPN, Yahoo! and NFL.com leagues alike.

Oftentimes, players become bigger football fans through their fantasy teams, switching from game to game to check on their players rather than watching one team all year. Normally the only game that Redskins fans needed to watch was the Redskins game at 1 p.m. every Sunday. With fantasy football, the Sunday and Monday night games become the most important, when those last players could be the difference between a win and a loss. Now, fantasy football players become fans of players, not teams. Although some fantasy players find ways to make exceptions.

Some superstitions arise among players who will often not pick players on rival teams, or start players against their favorite teams. During the draft at the beginning of the season, some players will avoid players on teams they hate. The team bias rarely plays a factor when drafting, because the best player should be the one that would help your team win. During the season, if a player on your fantasy team is playing against your favorite team, do you start him so your fantasy team can do well, or bench him so your favorite team can do well? Once again, it all depends on the commitment of the league. But more often than not, players will just root for their fantasy players and their favorite team at the same time. It's weird at first to cheer as your team goes down the field, and then cheer for them to take the lead by enough to allow your fantasy player to score some points, but still allow your team enough room to win. It becomes much easier to do if your favorite team is bad.

Just five or ten years ago, the NFL was completely different than today, and fantasy football has led to the significant change. NFL RedZone is a channel that shows scoring plays from every single game, and many fantasy players are tuned in to that channel every Sunday. Many cable TV services are showing multiple games at once, or allowing customers to toggle between multiple games. Some networks are even selling applications to give fantasy players the chance to see how their players are performing live on their TV sets. Even though the fan may be different and rooting for something other than an NFL team, the preferred outcome is the same: Victory.