Around 4 p.m., Junior Chris Leung steps off his bus after a long day at school. He walks into his house and falls into bed for an hour-long nap. When he wakes up, he delves into his schoolwork, taking a brief break for dinner. Around midnight he plays some basketball or goes for a bike ride. Bedtime yet? Nope! He then starts on his "long term work," as he describes it: APs, SATs and big projects. And after a period when he'll relax or watch something on Netflix to cool down, Chris finally calls it quits and hits the hay around three in the morning. Including naps, he gets about four hours of sleep each night. 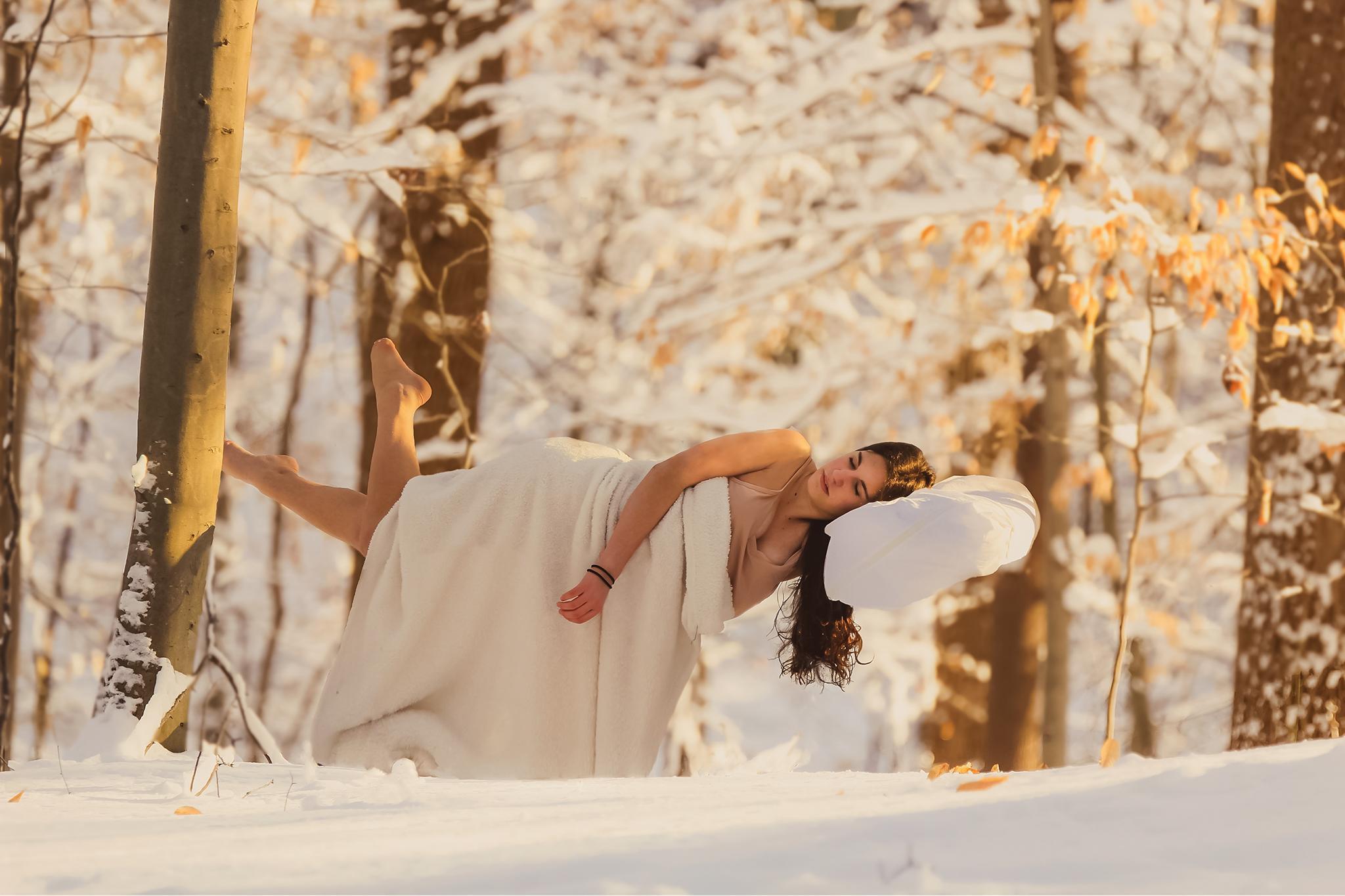 Photo: Haven't you ever wanted to sleep in a snowbank?

Photo: Haven't you ever wanted to sleep in a snowbank?  Photo courtesy of Donald De Alwis.

For Laura Woods, a long night of sleep is even less familiar. She's dealt with a persistent case of insomnia since sixth grade. Once this week, she got no sleep at all. While it takes most people up to 30 minutes to fall asleep, it takes Woods one to three hours. Consequently, she pulls an all-nighter unwillingly three or four times a month. She still manages to function, though, as long as she has one thing: coffee.

While these schedules are extreme examples, sleep deprivation is far from unique. Many Blazers simply do not get the sleep they need to function during the day. Late nights hunched over textbooks and laptops are related through desperate Facebook messages. And in the morning, students wear bags under their eyes as a souvenir from their late-night studying tribulations.

Not everyone stays up for the same reasons. While some stay up for homework or extracurriculars, others stay up to relax and have fun; and others can't sleep no matter how hard they try. 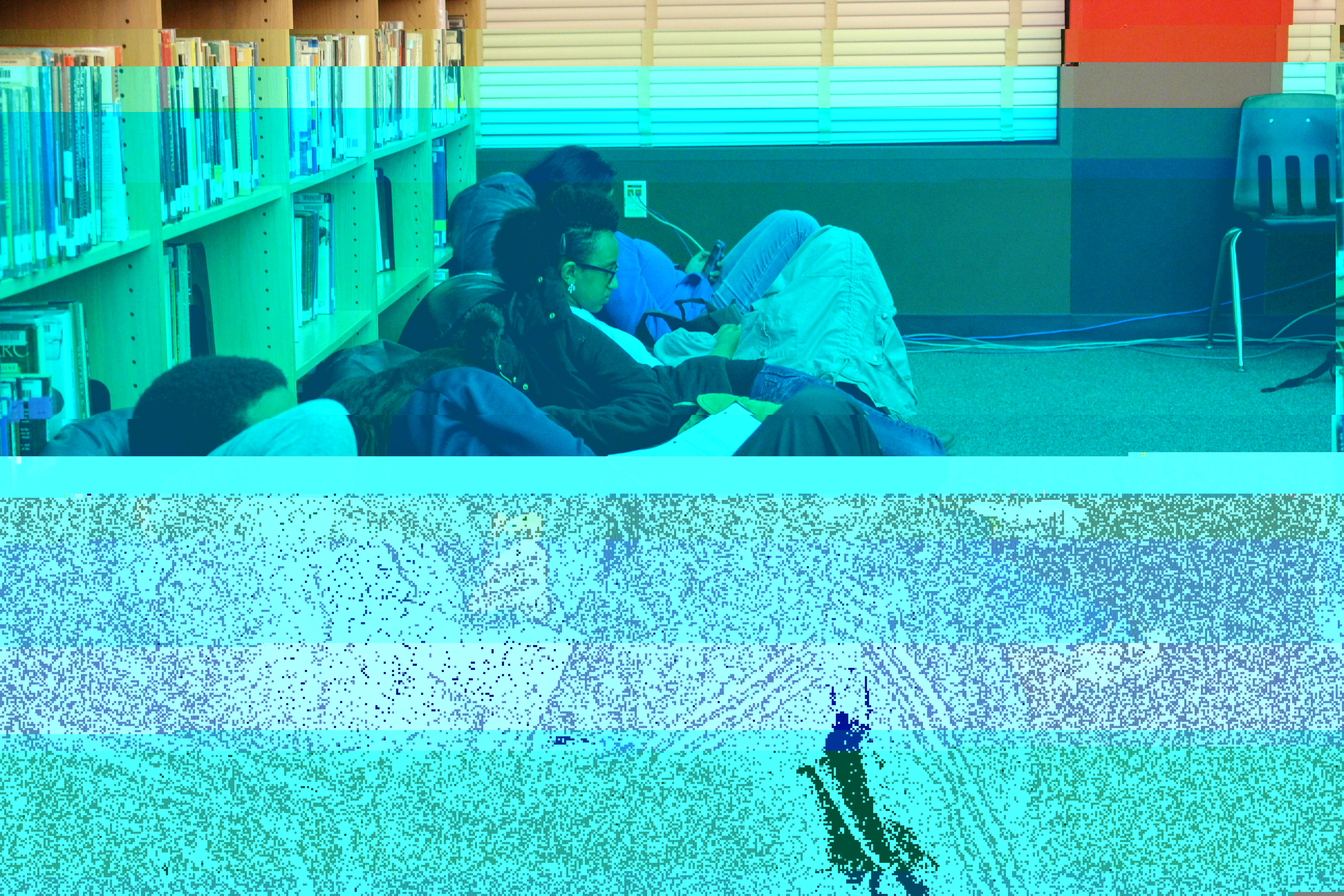 Photo: Blair students relax and sleep in the library during lunch.

Leung began his irregular sleep schedule in tenth grade. Before then, when he had a more lengthy slumber, he "just didn't have enough time" to finish all his work. As with many Blazers, homework is the primary cause of his limited sleep schedule. Senior Nino Migineishvili gets to sleep around midnight these days, but back when her work demands were heavier her head didn't hit the pillow until three in the morning. And much of her work didn't seem at all worth the lost sleep. "I just had so much work last year, and so much of it seemed so pointless and so trivial," she explained.

But Leung isn't just doing homework. He plays sports, watches TV and relaxes around the house. "My thinking is, if I'm up late, I might as well have some fun too. There isn't that much of a difference between midnight and three in the morning for me," Chris explained.

Sophomore Jamila Moses thinks that, while homework is a major player in Blazer's lack of sleep, some can be attributed to bad time management. "High schoolers don't know how to manage their time to get good sleep, and they probably wouldn't if they could because they want to do other things." Migineishvili agrees, citing her own experiences, "I don't have that much work to do these days, but no matter what I'll find something to do until midnight.

But for some, bedtime isn't a choice. Because of her insomnia, Woods will sometimes try to go to sleep at six in the afternoon and end up staying up all night. She tried the sleep-inducing drug melatonin, but it didn't help much. Now, sleep deprivation is something she has to deal with on a consistent basis.

Although some consider teen sleep deprivation a temporary nuisance, scientific research contends that it can cause lasting effects. According to theNational Sleep Foundation , teens need 9.25 hours of sleep every night to remain healthy. A whopping 92 percent of teens don't get the sleep they need.

Teen sleep deprivation can cause lower levels of Human Growth Hormone, which adolescents need for physical and mental development. Additionally, lower levels of sleep correlate with anxiety disorders and depression. One studyfound that students who go to bed after midnight are 24 percent more likely to suffer from depression.

Deprivation can also have a major effect on student learning. A study by researchers at Tel Aviv University found that persistent deprivation of just one hour of sleep leads to a loss of two years of cognitive maturation. Migineishvili acknowledges the harmful effect of sleep deprivation on her academics. "I was a zombie all day," she laments. "All day, all I would think about is sleep. I would daydream about sleep." 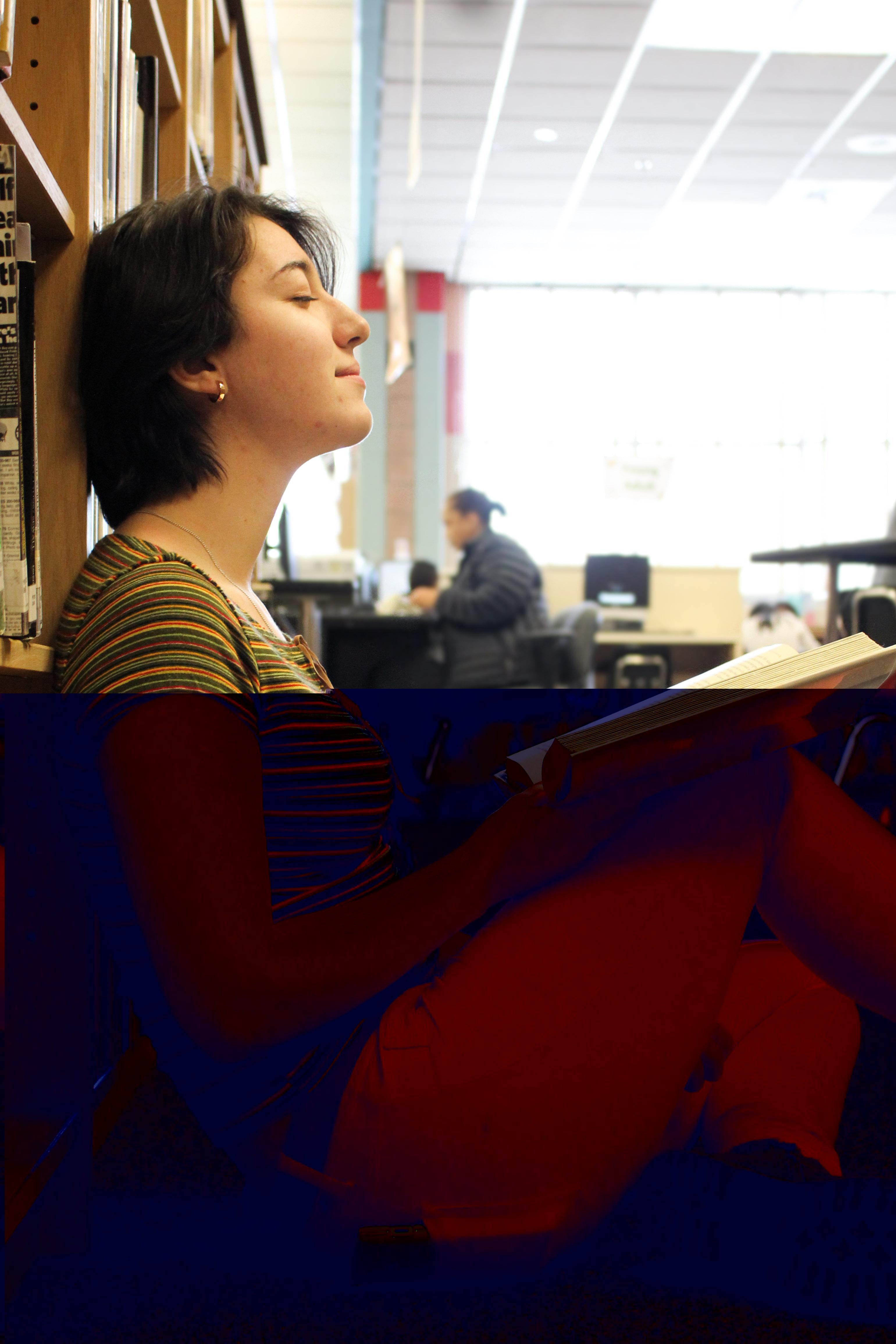 Woods, on the other hand, is usually engaging and alert, giving no indication that she went sleepless the night before. "Yeah, as long as I get my coffee in the morning, I can function pretty well," she chirps. But the research says relying on coffee and other energy boosters can be damaging as well. The Journal of Pediatrics says that caffeine, if used by adolescents, can have a significant detrimental effect on cardiovascular and neurological health.

Sleep is a fierce topic of debate among the student body at Blair. Different Blazers prioritize their sleep differently. Some consider sleep precious, like Moses. "For me, sleep is very important," she says firmly. Leung disagrees. "Yeah, for me sleep just isn't that important. I can function pretty well on not that much of it," he says casually.

And for some, concentrating on a good night sleep is a concern for the future. "I think sleep deprivation is a problem, but I just have different priorities right now," explains Woods. "I hope this will be a thing I can grow out of in the next few years."