Fear and loathing in MBHS

Since the beginning of time the famous and the powerful have been subject to fear. Bruce Wayne developed a fear of bats when he was young. Nicole Kidman is afraid of butterflies. Howard Hughes was known for his intense fear of germs. Slightly less famous, but considerably more unique is junior Elizabeth Chang who fears ... mustard?

Though Chang loves ketchup, she fears its twin because of its texture, color and smell. "It's such an unnatural color," Chang proclaims, adding that her worst fear is getting covered in mustard. Having noticed her fear a couple of years ago, Chang avoids mustard as all costs; even talking about it makes her grow irrational.

Though Chang's fear is considerably more interesting, people all around the world suffer from phobias. A phobia is an extreme fear of a particular situation or object that commonly results from a person experiencing a threatening situation concerning their fear.

Psychologist Dr. Catherine Bernard says that there are many types of phobias that people can suffer from. Misophobia is when a person fears "being contaminated from germs, mostly from washing hands," according to Bernard. Other common phobias include ophidiophobia (fear of snakes) and arachnophobia (fear of spiders). 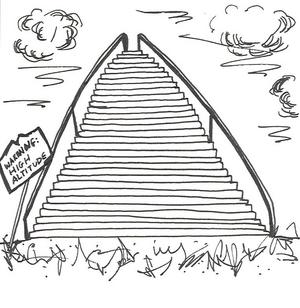 Photo:
According to Phobia Fear Release, a website that specializes on phobias, arachnophobia is the number one phobia everywhere. More than half of women suffer from arachnophobia to some degree, as well as approximately 10 percent of men. Various other common phobias include aerophobia (fear of flying), claustrophobia (fear of being trapped in small spaces) and necrophobia (fear of death). According to Phobia Fear Release approximately 5.3 million Americans have a type of social phobia which normally develops during childhood. The website states that hypnosis may help rid people of any type of fear, from claustrophobia to arachnophobia.

Sophomore Rehana Mohammed has suffered from arachnophobia since she was little. Her fear developed when her father would watch nature programs featuring spiders. Mohammed explains that the main part of her fear is the excess of spider species and not knowing which are, or aren't, poisonous. "All of them are crawly, all of them are scary," Mohammed explains.

When faced with a spider Mohammed does not lose control but instead steps away and allows someone else to deal with it. "I don't know which ones kill me, I better stay away from them all," Mohammed says.

Bernard says that for those who suffer from an irrational phobia, simply talking about their fear will not help. For those people there is cognitive behavior therapy which can help a person which a specific phobia think over their fears by gradually immersing the person in situations with their fears. Though Bernard does not treat people with phobias personally, she instead refers them to a clinic.

Bernard has had experience with phobias herself. On a windy day, she was once on the Bay Bridge in a small car and the drafts of strong wind were forcing the bridge to blow about. Ever since, Bernard has had a fear of bridges and heights, though she manages to control her fear of bridges. Her fear of heights grew out of control once when she was doing a high ropes course in which she was supposed to climb a tall telephone pole and jump, trusting her harness to hold her up. "My fear was so powerful, I could not think over my fear," Bernard explains, adding that she would like to try the course again to help conquer her fear. 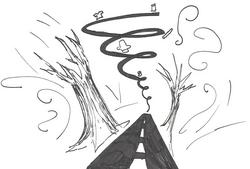 Photo:
Just as Bernard developed her fear by being exposed to a situation that she found frightening, junior Willa Reddy developed a fear of tornadoes, lilapsophobia, in the same way. When Reddy was seven years old and visiting friends in Minnesota, she found herself alone in the house during a rainstorm when she heard on the radio that there was a tornado. Reddy's response was locking herself in her basement for four hours while the storm passed and her family searched for her. Today, the thought of thunderstorms still scares her. "I'm paranoid and I basically constantly check warnings," Reddy explains, noting how she handles her fear during storms.

Though Reddy may always have her fear of tornados, many people will eventually overcome their fear. After all Bruce Wayne grew up to be Batman, a celebrated hero of the comic world. Who knows what Blazers will be able to accomplish once they accept their fears; anything is possible.