The Blair Blazers (9-4) made it past the second round of the playoffs after defeating the Magruder Colonels (0-12) 4-0 following the Blazers' first round bye. Junior Leila Bartholet got the scoring started midway through the first half. She stole the ball from a Magruder defender and dribbled in for an easy goal. Senior captain Zoe McCarthy acknowledged this moment as the most exciting point of the game, as it was the first goal of the playoffs. 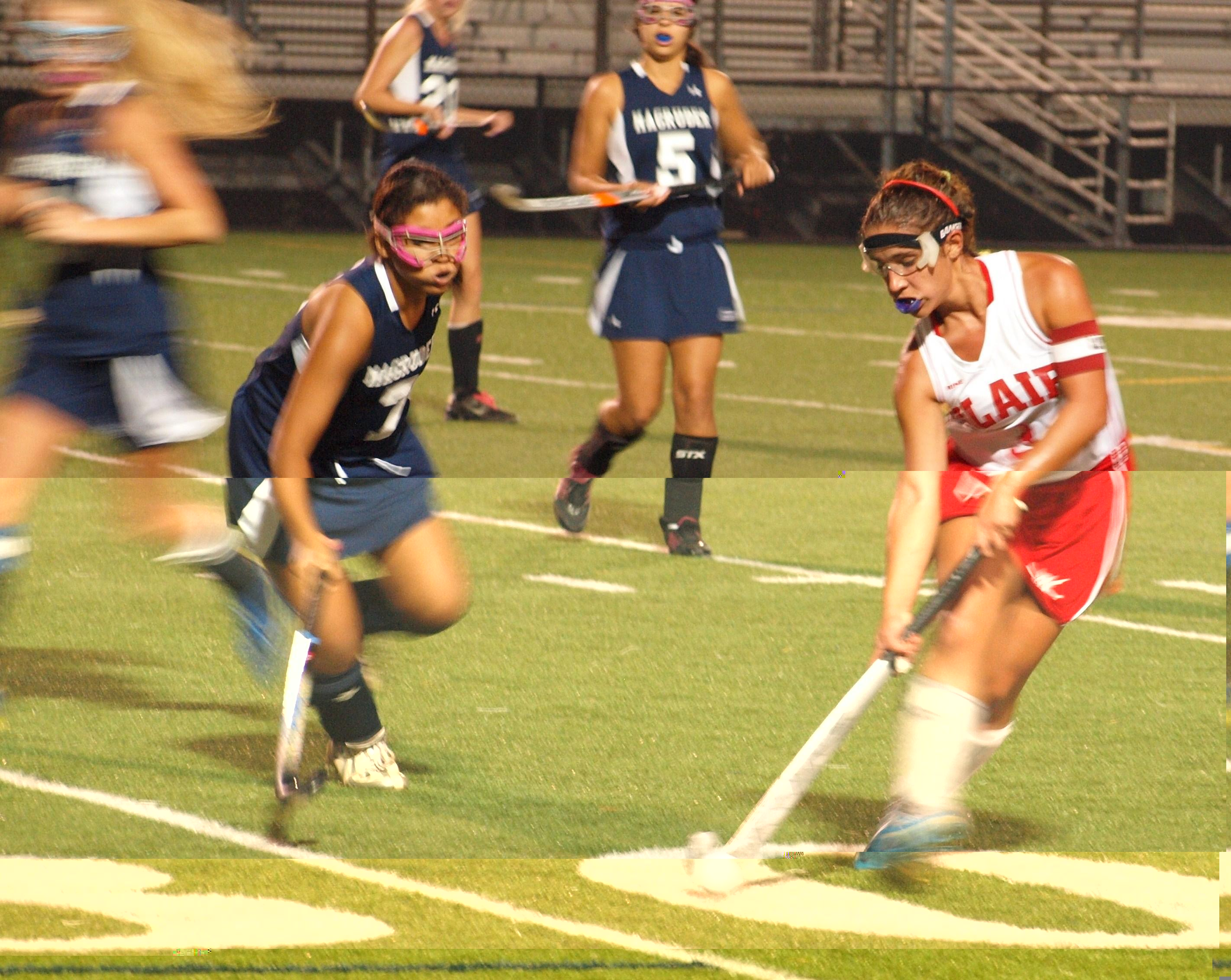 The game started out slowly but Blair stepped up their game in the second half with quicker pace attack. "In the second half, we really picked up the pace and we made quicker passes that weren't directly going into the opposing team's stick," junior Allison Chen said.

At one point in the second half, McCarthy stole the ball from her opponent and shot it across the field, nearly making a goal from midfield. A few minutes later she got another opportunity and scored off an assist by junior Dillon Sebastian. Later in the half after a crowding of seven or eight players, Chen broke the ball free and passed up field to Sebastian who got a goal of her own. A few minutes later, McCarthy scored her second goal of the game thanks to another assist from Chen.

The Colonels did not receive a single chance to take the ball on Blair's side of the field, thanks to the aggressive Blair defense. Magruder's defense showed promise in the first half of the game, but the relentless Blazer offense eventually broke through

The Blazers' work all season has paid off as they are passing and cooperating much better offensively, both of which were areas of focus to start the season. McCarthy believes that the team's successful game stemmed from the amount of teamwork shown by the players. "The forwards were cutting back. We usually have trouble with that," McCarthy said. "The team was working cohesively."

By winning this game, the Blazers will now advance to the next round of the playoffs and face off against the Blake Bengals. Senior captain Mattie Cohen pointed out how this year is the first time in three years that the team has won a playoff game. "As a senior, it feels pretty great," she said.