Blazers come out on top 4-0 against Trojans

Blair varsity field hockey (1-0-1) dominated the Gaithersburg Trojans (1-2) at the home opener Tuesday night. The Blazers were able to keep the ball consistently in the Trojans' half and thumped Gaithersburg on offense, and remained strong defensively to win. The team's strong communication on the field helped produce goal scoring opportunities.

From the start of the game, Blazers quickly gained possession of the ball and were able to withstand pressure from the Trojans. Blair had a few early opportunities that were not taken. After a promising spell of possession, junior attacker Marianne Benyamin started a move that included senior midfielders Anna Reachmack and Luisa McGarvey. McGarvey nearly finished off the attack, but the ball went over the goal.

The game did not start to pick up until the end of the first half. After a penalty attempt from Reachmack, Benyamin was able to dribble the ball into the goal, making the first score of the night.

Before the first half was over, the Blazers were able to triple their lead. Effective dribbles from seniors Adina Rombro and Maddie Boyer helped junior Veronika Seider drive the ball into the goal. 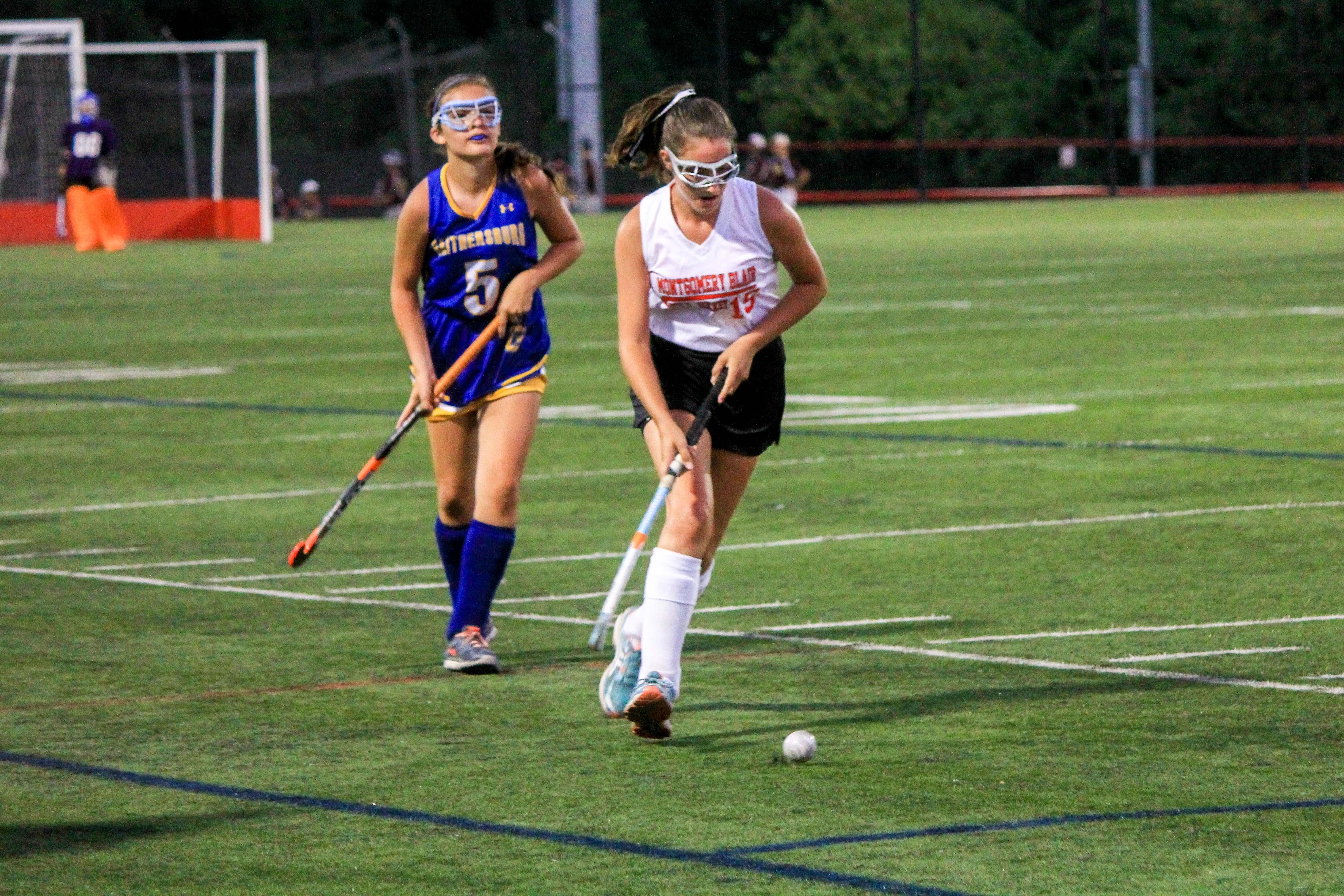 At the start of the second half, the Trojans continued to struggle with gaining possession of the ball. Whenever the Trojans held possession of the ball, the Blazer defense consistently cleared the ball from their end of the field. Senior Leah Messina even dribbled the ball out of defense, and started several attacks. Unfortunately, many attempted shots bounced off the goal or were off target.

Blazers utilized sharp blocks to defend against Gaithersburg. Coach Candace Thurman was proud of the defensive skills displayed by the team, especially in containing their star players. "Number 6 of the Gaithersburg team is a great offensive player, so I think that Marianne did a great job of containing her," Thurman said.

With 10 minutes left in the game, the Trojans tried their hardest to get back into the game. Junior goalkeeper Talia Stern blocked out two consecutive shots from the Trojans'. Despite making the saves during the game, Stern knows she can do better. She strives to be more communicative with her teammates on the field. "I think I played well, and the team played well, but I want to work on coming out more and being more intimidating," Stern said.

Rombro turned the game around in the last eight minutes, maneuvering around the players and making a smooth shot into the Trojans' goal. An exciting sequence of passes after the shot created the prospect of another goal for Blair, until Gaithersburg got a hold of the ball and cleared. Blair fought for possession of the ball until the timer ran out.

The Blazers were very excited going into the game, and were very pleased with the end result. "I'm really pleased with the results and we had a great defense, especially against such a solid team that is so evenly matched up with ours," Thurman said.