The girls' varsity field hockey team (6-4) celebrated their senior night with a 1-0 win against Clarksburg (5-5). Despite numerous close goal attempts by both Blair and Clarksburg forwards, neither team managed to score in the first two halves. In a 10-minute overtime session, the Lady Blazers broke the tie. 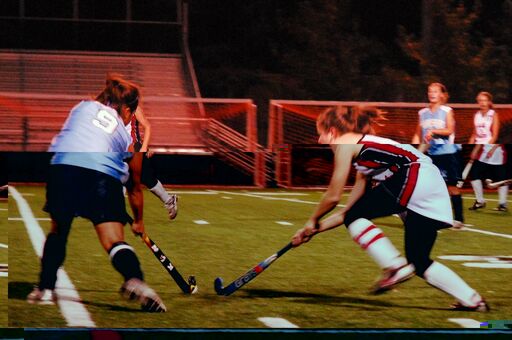 In field hockey overtime, each team plays for 10 minutes with seven athletes instead of the 11 present in regular halves. The first team to score wins the game and ends the play. Seniors Annie Buckley, Lily Alexander, Laura Li and Nellie Garlow, and juniors Blake Morgan-Gamber, Jnet Henkai and Miranda Bernard started in overtime. The Lady Blazers maintained possession of the ball on Clarksburg's half of the field for almost the entire overtime.

Head coach Brook Franceschini was not very worried about losing in overtime. "I am fully confident in who I start," she said. She explained that the challenge of playing overtime lies in staying energetic, since fewer players must cover a greater area on the field. 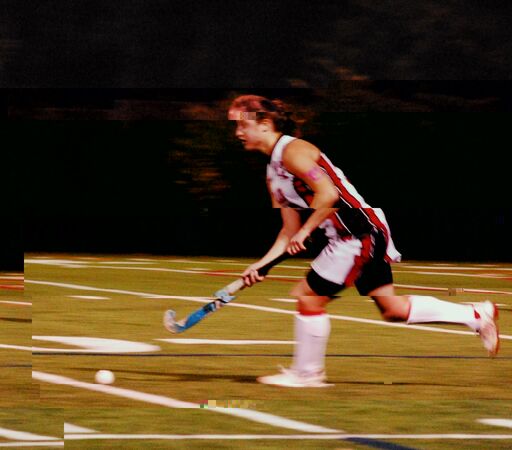 In one lapse of Blair control, Clarksburg's Katie Bertrand broke away from Blair midfield and took the ball down the field. While countering Bertrand, senior defender Laura Li fouled Bertrand, which granted a corner penalty to Clarksburg. According to Franceschini, Li's foul prevented a possible goal from Clarksburg. "It would be one-on-one with [the goalie]," she said.

After Clarksburg's corner penalty, the game ended with organized and decisive action from Blazer offense. Alexander quickly passed the ball away from the goal area, where Garlow brought it up the field. From there, Bernard received it from across the field and tapped it into the goal, which secured Blair's win.

"Of all the games this season, it's the best one," senior Lita Farquhar said of the match. "It was really intense and overtime was exciting." 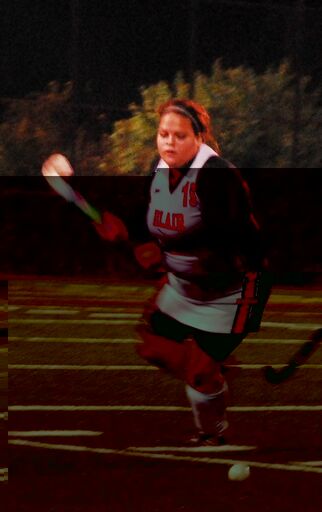 According to Franceschini, Clarksburg was expected to be a smart and fast opponent. Before the game, Clarksburg had the same win-loss record as Blair. "I knew it was going to be close coming in," Franceschini said.

In the first half, possession of the ball switched rapidly between Blair and Clarksburg as each team took many shots that narrowly missed the goal. Coyote forward Zeona Walker Latney was a strong offensive force for Clarksburg. She made several fast breakaway runs that forced a panicked retreat from Blazer defense. Garlow made fast runs up the sideline that resulted in close shots on goal.

Clarksburg head coach Sissy Natoli thought her team put up a good fight despite the loss, and was disappointed with the final score. "It's tough to lose in overtime," she said. Natoli reasoned that having a crowd in the stadium for senior night boosted Blair's determination and concentration.

After the game, the Lady Blazers celebrated their seniors. Franceschini's playful gift to the seniors was the fulfillment of her promise to learn the "jerk," a popular dance that the team had wanted her to master all season. Franceschini had promised to learn the dance if the team beat Clarksburg. As the girls ate celebratory cake and sandwiches, a crowd of jerkers gathered around Franceschini, trying to show her the steps. Franceschini admitted that it was a learning process. "I told them if they win the first playoff game, I'll do it with music," she said.