Last Thursday, Blair Varsity field hockey (2-6-1) lost 0-1 in a heartbreaker to the Northwest Jaguars (5-6). The Blazers went head-to-head for the entire 60 minute regulation, but the Jaguars were able to make the decisive shot in sudden-death overtime.

Blair came into the game with high hopes, as the team has struggled to muster any offense as of late. "We were expecting to score at least. We've been having a bit of a dry spell and this would have been a good game to break it," senior attacker Emma Soler said. 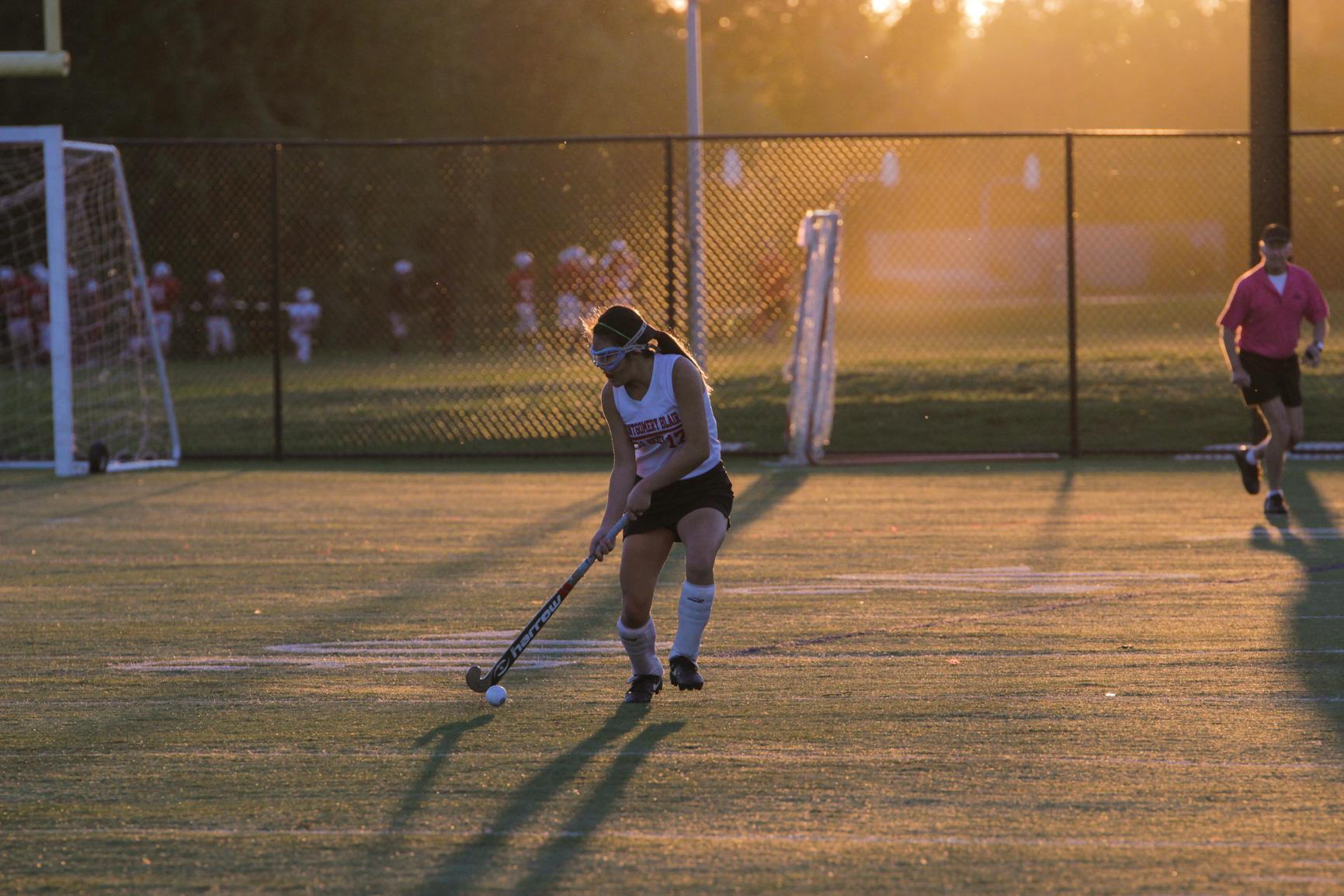 The Blazers were able to keep the ball on the Northwest side for most part, and worked with good speed. They played with general good movement by looking up more in general. "We worked on drills at practice for quick passing, and I think they really helped," junior attacker Marianne Benyamin said.

Senior midfielder and captain Anna Hukill made a through pass when the game was threatened. She was able to defend the ball from Northwest, while bringing it over to the Northwest side of the field.

Blair Varsity field hockey fell into their regular pattern, and started losing speed in the second half. "We got mentally and physically worn-out," Hukill said.

Ten minutes in the second half, senior midfielder and co-captain Anna Reachmack hit a drive that was intercepted by Northwest. They flicked the ball to the Blair side, which senior midfielder Luisa McGarvey was able to reclaim 3 minutes later. Reachmack marked Northwest players closely to prevent losing possession of the ball. With only four minutes left in the second half, Blair was awarded a penalty corner. Sophomore Lea Watkins-Chow ran with the ball, but when she went to make a pass, Northwest intercepted. Senior attacker Nicole Spiezio ran towards the ball and pushed back up the field in short, quick passes. The buzzer sounded, leaving the score at 0-0. 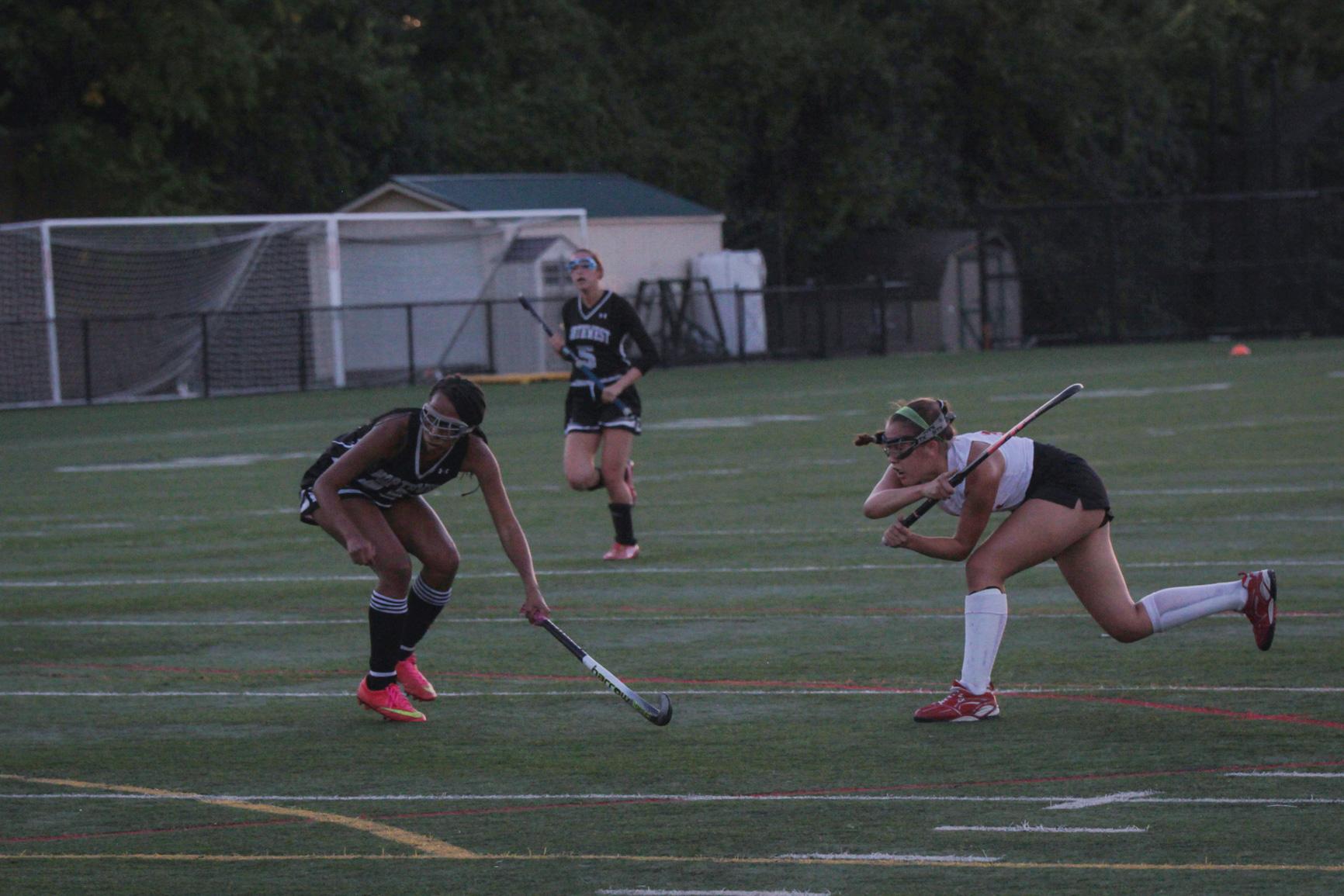 Photo: Senior Lusia McGarvey shoots on the Northwest defense. Blair however, was unable to score.

Photo: Senior Lusia McGarvey shoots on the Northwest defense. Blair however, was unable to score.

Headed into overtime, the Blazers had hope. Blair started out with the ball. Senior attacker Maddie Boyer made a center pass to Hukill, when Northwest cut them off and intercepted the ball. They made their way to Blair's side and attempted to shoot off the circle, but senior midfielder Leah Messina blocked it. Blair fouled, which gave Northwest a chance to take the corner. The defense scattered around the goal to block attempts by Northwest to make a shot after the penalty, but goalie Susana Perez, who had made a number of great saves throughout the night, couldn't stop it. Ending the game 0-1.

The Blazers left the game feeling bitter. "We're pretty bitter because we lost such a close game. We have to take this kind of feeling into the next game and win on senior night," Soler said.

Even though Blair left the field Thursday with a loss, they are still optimistic. "We definitely had more action in the circle, but we need to just work on getting back quicker and clearing the ball. We haven't clicked yet, but if we work on these skills, we can bounce back on senior night," Hukill said.

The Blazers will take on Magruder at home on Wednesday night in their senior night and last home game of the season.