Girls fall victim to Blake breakaways in second half

The girls' varsity field hockey team (4-3) lost to the Blake Bengals (3-4) by a score of 2-3. While the Lady Blazers ended the first half with a 1-0 lead, the team fell short in the second half. Blake scored three times in the second half before Blair rallied with an exciting goal in the last 13 seconds of the game. 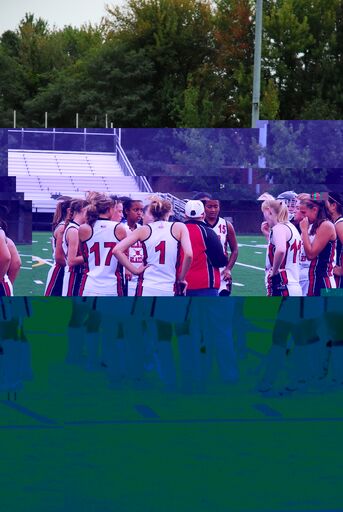 Photo: Coach Brooke Franceshini gives the team some pointers when Blake called a time out.

Photo: Coach Brooke Franceshini gives the team some pointers when Blake called a time out.

Senior co-captain Nellie Garlow said that Blake's first goal in the second half was discouraging, and contributed to their ultimate loss. "We collapsed and let it get to us," Garlow said.

Senior forward Sarah Cortez, who scored both goals of the game, scored the second goal from a penalty shot. During a corner pass, junior Miranda Bernard sent the ball into the middle and Cortez hit it into the goal with 13 seconds left in the game. "It showed me that they didn't give up," head coach Brooke Franceschini said of the play. The goal ended the game on a high note, but it was not enough to tie the game and go into overtime.

Cortez was replacing senior Samantha Lint, who did not start due to an injury, and Franceschini identified her as the star of the game's offense. "She has done phenomenal[ly]," Franceschini said.

During the game, senior co-captain Annie Buckley made nine saves as goalie. Additionally, the Lady Blazers had eight corner passes and eight shots on goal. 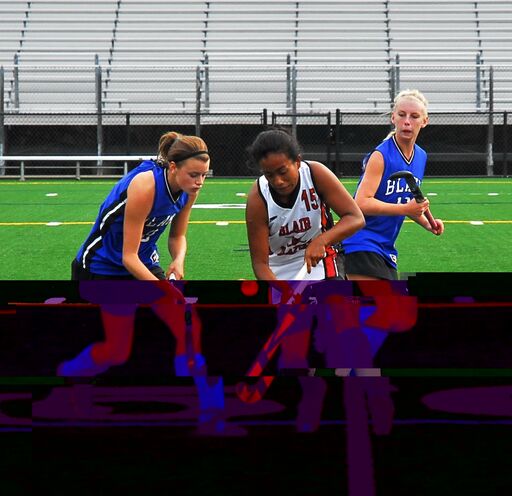 Photo: Junior Janet Henkai steals the ball away from one of Blake's players.

Photo: Junior Janet Henkai steals the ball away from one of Blake's players.

The teams played much of the game in the middle of the field, but Blake managed to score three goals in the second half by passing long shots down the field. Each time, the Bengal offense made a pass through the Blair midfield and reached the goal area before the Blazer midfield could retreat to help the defenders. Franceschini was disappointed that the team didn't bounce back from the first breakaway goal. "We didn't learn from it," she said.

Franceschini explained that the team's energy was inconsistent during the game. "We're like a roller coaster," she said. "We have a lot of high moments and some low moments." The girls dominated the first half by taking advantage of the space on the field and using quick passing. Yet the team faltered in the second half and fell victim to Blake breakaways down the field. 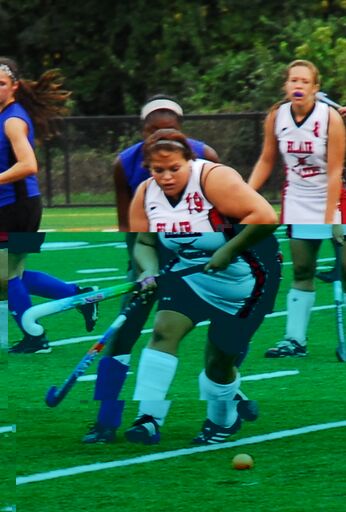 Blake head coach Patrick Howley was proud of the way his team heightened their intensity after an anxious first half. The first goal in the second half boosted the team's confidence. "That really got us going" he said. According to Howley, quick passes and strong control of the ball delivered Blake the win. "They came together and found ways to score," he said.

During this game the Lady Blazers finally broke a frustrating zero-goal streak. In the two previous games, the Lady Blazers hadn't scored any goals against their opponents. "It felt really good to get that going," Cortez said.

Overall, Franceschini said that the team played well, but it was disappointing to lose by one point because such a loss has been frequent in recent games and past seasons. With a 1-3 record, the team cannot win the division. But, according to Franceschini, the record isn't very important at this point in the season. "We're playing to get prepared for the playoffs," she said.

Field hockey will play their next home game Thursday, Oct. 8 against Springbrook at 3:30.