First Man: The "first" good movie about Armstrong in a while

In Damien Chazelle's First Man, about astronaut Neil Armstrong (Ryan Gosling) and his journey to the moon, Chazelle takes the first crack at this story in a long time. He does not disappoint and does a fantastic job of recreating the astoundment and excitement of the scientific wonder of landing on the moon. While there have been many stellar space films in recent years, this is the first one in current history that has successfully conveyed a factual story about space, humanizing mankind’s initial journey to the moon. With an amazing soundtrack capturing the heart of the film, spot-on acting and authentic camerawork, this is yet another space film well worth your money.

The beginning of the movie focuses on Armstrong's personal life and the passing of his first daughter. The undercurrent of death runs through the entire movie as Armstrong's colleagues also pass away. Armstrong buries himself in work as the film continues, trying to avoid the emotional impact all of these deaths have on him. The film then takes on a broader scope as the audience is shown the government and the American people begin to lose faith in the National Aeronautics and Space Administration (NASA) and Armstrong's ability to meet the late John F. Kennedy's self proclaimed goal of making it to the moon by the next decade. All of America has doubts of spending money on a losing war with the Soviets in a race to build the most advanced tech. Against all odds, Armstrong and the rest of NASA manage to reach the goal of making it to the moon by 1970 and ending the space race. 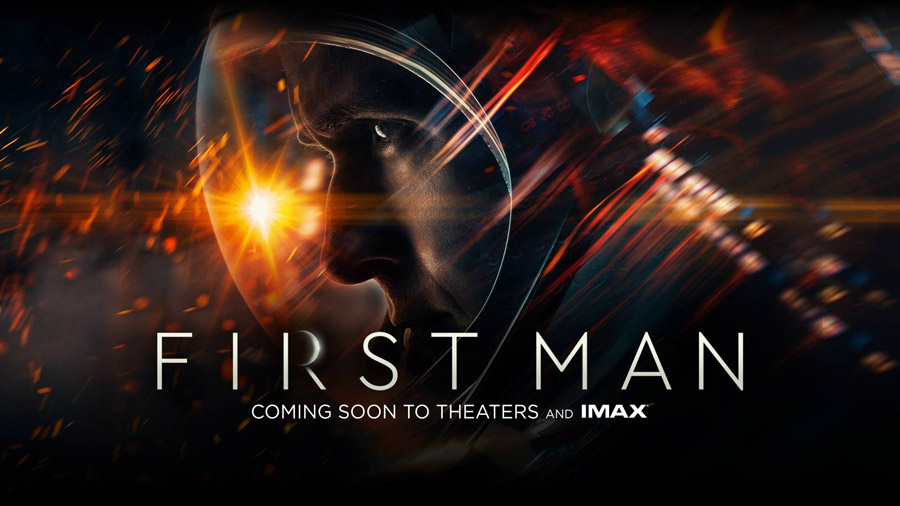 Gosling beautifully portrays Armstrong's inner turmoil during the movie with a great range of emotion, from the sadness of the death of Armstrong's daughter to the frustration of NASA's slow progression to the moon. The cinematographer also focused on Gosling's eyes for emotion and he delivers. Gosling shows a man slowly spirally out of control and desperately grasping onto any control, whether it be in his home or work life. Claire Foy also does a fantastic job portraying Armstrong’s wife, Janet Armstrong, as a woman who is doing her best to provide stability for her family. Her performance as a woman undergoing emotional turmoil due to her husband’s treacherous job also adds a significant amount of authenticity, especially during her emotional scenes with Armstrong about both his job and their marriage.

The emotional climax of the movie relating to Armstrong's daughter may not be historically accurate, but it serves as an effective emotional punch in the gut, especially with the fantastic score by Justin Hurwitz accompanying Gosling's emotional performance. Soft piano that had accompanied the flashbacks of Armstrong and his daughter once again plays as Armstrong looks back to earth, with his daughter in mind. It was also a satisfying conclusion to the conflicting feelings Armstrong had of his passing daughter throughout the entire movie, letting the grief he had of her death stop him from living life to the fullest.

While the camerawork is unconventional–wobbling during the duration of the movie in contrast to the stereotypically smooth cinematography in most motion pictures–it does not detract from the film's quality. This unorthodox camework is highlighted especially during perilous space shuttle scenes. Often, viewers can barely see what is happening and can only focus on Armstrong's control panel. The filmmakers intention was likely to show Armstrong's point of view while in space, and the unsteadiness helps accomplish his goal.

Sound design such as large jolts and audible rumbling complemented the unusual caremawork. The effects highlighted how unstable flying the spacecraft was and how bumpy of a ride space could be. The soundtrack also gave the movie depth that spanned a wide range of emotions. There were moments when happy, arid music played during Armstrong's home life scenes, yet this music contrasted with the heavier sounds that accompanied the scenes where Armstrong discusses work. The sound design also complemented the cinematography. When opening the hatch to start walking on the moon, as the camera pans out of the shuttle and to the moon's surface, all sound immediately mutes as the camera exits the shuttle. This use of audio mirrors the lack of sound on the surface on the moon. Overall, the soundtrack was a welcome addition to the movie that didn't simply play in the background, but added an extra layer of depth to the film.

In general, the combination of superb acting, stunning sound design and beautiful, fitting cinematography in First Man has potential to profoundly impact audiences in both regular theaters and IMAX, alike.