Rise in proportion of elementary school sex harassers is disturbing

Last year, 166 elementary school students in Maryland were suspended for sexual harassment, according to The Washington Post. Of those 166, 16 were kindergartners and 22 were first-graders. 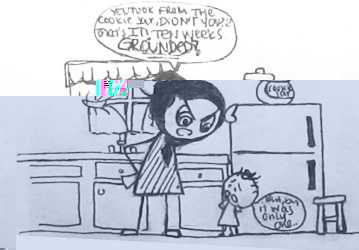 While the general definition of sexual harassment is perfectly reasonable, the applicable prohibited contact is overly broad. "Grabbing, touching or patting" includes too much behavior that may not necessarily be intended for sexual purposes, especially when the accused offender is a young child.

This could mean that if an elementary school student playing tag accidentally tags someone's bottom, he or she could be faced with suspension for sexual harassment. The badly defined sexual harassment in the state policy may be directly related to the strikingly large proportion of Maryland's young "criminals."

According to the Washington Post, a first-grade boy was suspended for sexual harassment for slapping a girl's bottom after another classmate did the same thing without consequence. Even the young girl's mother did not believe the boy's behavior warranted a suspension.

Although the behaviors of some elementary students can hardly be termed "sexual harassment," problems with bullying and violence are real. Instead of charging children with a crime they do not understand, schools and families should search carefully for the real causes of their children's negative behavior. For instance, violent video games and movies have an odd way of wandering into children's bedrooms.

As reported by the Washington Post, the same first-grader was suspended earlier in the school year for verbal harassment after repeating what he saw on television. Parents and school systems have the responsibility of protecting children from harmful content instead of solely charging them with a crime they committed as a result of that material.

Most importantly, the main goal of any sexual harassment policy in schools is to catch the real harassers. The policy needs to be revamped, as is made clear by the large number of young students who are wrongly charged. Furthermore, student conduct should not be labeled blindly as sexual harassment when there are more apparent explanations.

The process of wrongfully labeling students may also lead to dangerous psychological repercussions. In psychology, the established Social Reaction, or Labeling, Theory states that when a person receives the label of "criminal," he or she is more likely to take hold of the label and make it a part of him or herself. After this process of self-incrimination, the "criminal" is likely to continue in what has been deemed criminal acts. Under this theory, young children are especially susceptible because they are more easily impressionable. If children are accused of sexual harassment and begin to slowly embrace that label, then they are in danger of repeating crimes later in life.

One other element of concern is that when students are wrongly suspended for multiple school days, they are deprived of their education. Instead of studying in school, students are being undeservedly punished for multiple days. As young and easily impressionable children, the accused students may also experience emotional trauma. The young boy mentioned in the Post article felt he was a "bad boy" after being suspended for verbal harassment.

Society's oversensitivity to sexual harassment is overprotecting people to the point where guiltless children are being charged with crimes that they have no knowledge of. As with any law, what protects the majority should not compromise the rights of the minority. Condemnation of the unknowing innocent cannot be the way to achieve justice.