Some students troubled by absense of their flag in new display

Upon returning to school from winter break, Blazers were greeted by a series of flags of the countries represented at Blair. But some students have expressed disappointment with the absence of their flag in the new cultural showcase. Now, the administration and the Media Center specialists who helped collect and mount the flags are requesting that students voice their concerns with them.

Senior Alexander Asare-Wassow finds the absence of the flag of Ghana, his country of origin, disheartening. "I don't feel included in the school," he says. The flag of the U.S. Virgin Islands, senior Wayne Williams's territory of origin, is also missing from the wall. Asare-Wassow and Williams feel that the flags are a good way to display the school's diversity while promoting unity and cultural pride, but they also believe that those students whose countries are not represented might feel estranged from the community. "If you're going to have all these flags up, you should make sure everyone's country is included," says Asare-Wassow. 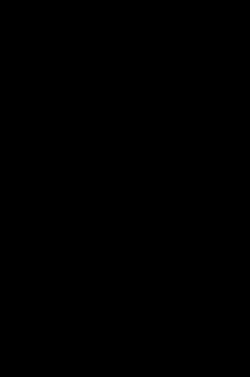 Photo: Students found these flags upon returning from winter break.

Photo: Students found these flags upon returning from winter break.

Asare-Wassow and Williams's dissatisfactions are compounded by their puzzlement over the reasoning behind the missing flags when, they say, there are several empty flag mounts and spaces on the wall and when they know of many students at Blair who are from Ghana and the U.S. Virgin Islands. "It doesn't make any sense to me," says Williams. Media Center specialist Susan Madden, who spearheaded the flag project, says that mounting a flag is a complicated process because the flag, flag pole and mount must be purchased individually. She attributes the flagless mounts to a shortage of flagpoles.

Madden asks that students who do not see their country's flag mounted on the wall see her. According to Madden, not all of the flags she has purchased are going to be mounted because there are too many flags for the number of flag mounts that the school has installed. She is still buying, mounting and rearranging some flags. Madden also suggests that dissatisfied students try to purchase the flag of their origin and bring it to her.

To decide which flags to purchase, Madden refers to a compilation from a MCPS online database of the nations and territories represented at Blair. Madden purchased the flags last year with a minigrant and money raised by the Spirit Club. Installing the flag mounts cost the school an additional $2,600.

Madden says the flag project was designed to make all students feel included. "We want students to be proud of where they come from," she says. "We want them saying, 'there's my flag.' I think this is a good look for the school, but you can't satisfy everybody." Madden hopes that students who are upset because their flag is not mounted will come to see her. "My ultimate goal is to include most of the students here at Blair if not all of them," she says.