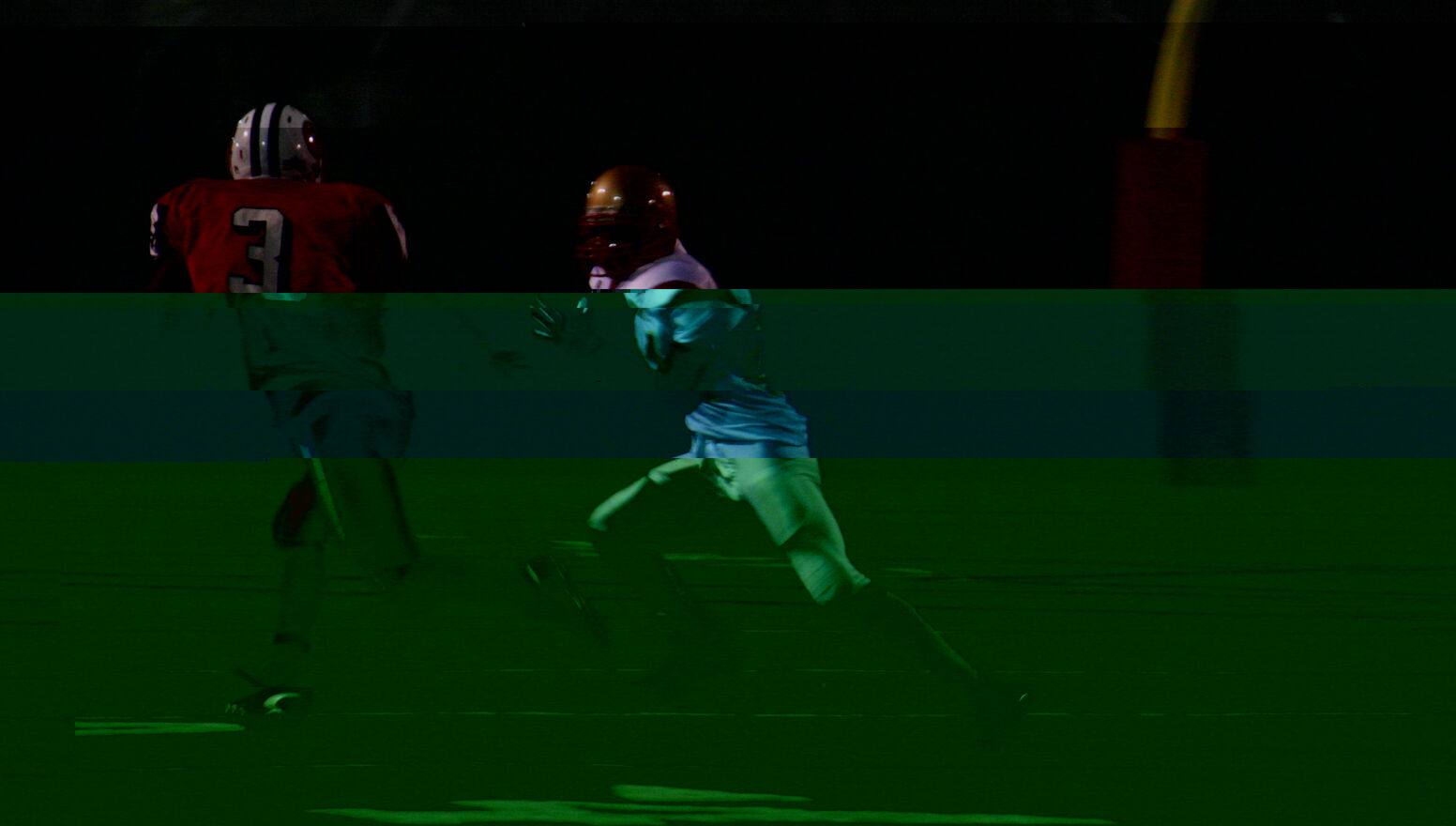 For the first three quarters and nine minutes of the game, it was the Rayshawn Taylor show. The Knights senior runningback put on a torrid offensive display, amassing over 300 yards of total offense, rushing for four touchdowns and throwing for two more. However, with Wheaton clinging to a 42-36 lead with three minutes remaining in the fourth quarter, Blair came up with a clutch interception followed by a one-yard touchdown run to cement a hard-fought victory.

In one of the most exciting Blair football games in recent years, Head Coach Jeff Seals, still soaked from having a bucket of Gatorade poured over his head, was ecstatic about the team's play during the final minutes. "I'm proud of the team. We came back and fought hard, and we never laid down," he said. "We just had more win in us than Wheaton did."

When Taylor put the Knights up 42-28 on his sixth touchdown of the night, a 15-yard touchdown run with six minutes to go, things looked bleak for the Blazers. But Blair was able to come back with a 34-yard touchdown pass from senior quarterback Elisee Francois to senior co-captain Caleb Furlow. Senior co-captain Assani Mudimbi's two-point conversion run then brought the Blazers to within six points of the Knights. 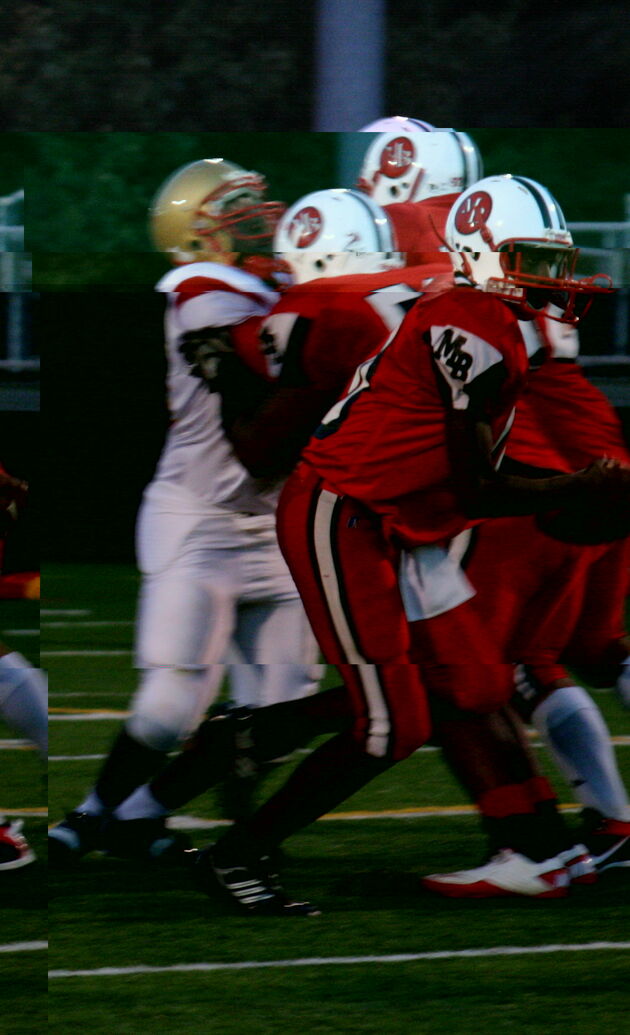 Photo: Senior quarterback Elisee Francois scored three touchdowns against the Knights, leading Blair to their first victory of the season.

Forty ticks on the scoreboard later, junior safety Peter Gondor picked off a Taylor pass to set up a one-yard touchdown run by senior Jonathan Aiken. Gondor said he resisted his initial instinct to sack Taylor in order to snag the interception. "I wanted to run and tackle the quarterback," he said. "But then I saw him step up and when he threw it I just followed the ball and came down with it." After Blair elected to go for two-point conversions after every touchdown on the night, kicker Gerson Madera was finally called upon for the most crucial play of the night. He split the uprights, sealing a 43-42 win for the Blazers.

The Blazer offense was clicking on all cylinders due in large part to Mudimbi's solid ground game. Mudimbi rushed for over 100 yards and a touchdown and also pounded in three crucial two-point conversions. He attributed the win to the team's ability to stay confident and not lose its composure. "We just kept at it. We wouldn't give up, our coaches wouldn't give up," he said. "We came out sluggish in the first half, but in the final six minutes we gave it our all."

Furlow continued his stellar senior season, racking up more than 200 all-purpose yards, 60 of which came on a touchdown run to start the third quarter. Francois played a tremendous game as well, running for two scores in the first half and throwing the key touchdown to Furlow late in the fourth.

On the defensive end, Blair simply couldn't stop the scoring machine that was Rayshawn Taylor. He was responsible for every single point the Knights scored, including two-point conversions. In the second half, the Blazer D tightened up, limiting Wheaton to less than half their scoring output of the first 24 minutes. "We only gave up 12 points in the second half, which was really big," varsity assistant and junior varsity Head Coach Adrian Kelly said.

Facing a versatile opponent in Taylor, the Blazers were able to grind it out and come up with their first win of the season. After the game, chants of "Whose house? Our house!" echoed through the Blair section of the stadium. Gondor felt that the team communicated extremely well, which led to success. "It was hope and pride,” he said. "We worked together as a team, and that's how we were able to win."

The varsity football team will play their next home game Friday, Oct. 1 against Whitman at 6:30 p.m.