Blair's varsity football team could not gain enough momentum to beat Sherwood Friday night, and lost to the Warriors 35-0. Despite the defeat, the Blazers (1-5-0) are ready to put the game behind them.

Going into the game, the Blazer squad understood that beating the defending state champions would not be an easy task, but Head Coach Jeff Seals said the team needed confidence in order to win. "You've got to believe in yourself," he said. 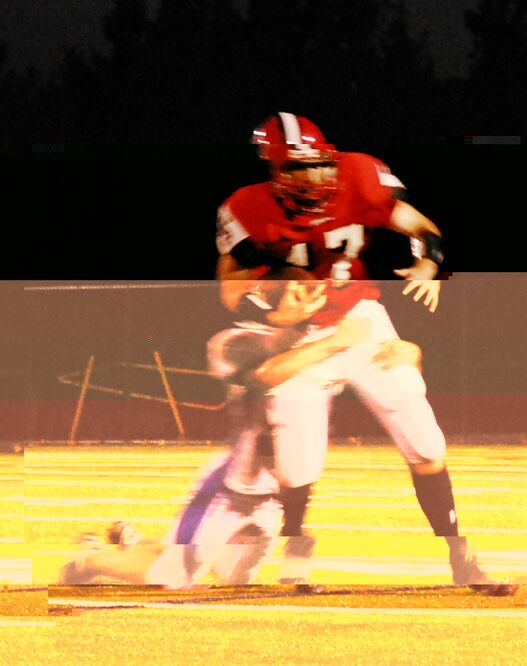 Photo: Senior Alex Egber keeps moving with the opponent at his feet.

Photo: Senior Alex Egber keeps moving with the opponent at his feet.

Senior co-captain and quarterback Alex Egber commented on the team's lack of momentum during the course of the game. He said that although the team had some pivotal plays in the very beginning, the Blazers could not pick it up from that point forward. In the opening minutes of the game, Egber spotted fellow senior captain and running back Andrew Gondor on his right and lobbed him the football. While Gondor caught the ball for a twenty-yard Blazer gain, the play was ruled incomplete due to a false start penalty against the players.

Seals commented that the Blazers did not capitalize on all of their chances to break the Sherwood defense. "We blew a couple of opportunities early on," he said.

While he noted that the Blazers had a few impressive plays, Seals explained that the Blair squad needed to string those instances together in order to compete successfully against a team like Sherwood. "All the kids had good moments, just not enough back-to-back moments," he said. "[Sherwood] was too strong for us." Regardless, Seals admitted that he was proud of the Blazers's determination and resilience during the game.

A major obstacle for the Blazers was the aggression of Sherwood defense. Their strength prevented Blair's offense from scoring, Seals said. While Gondor believed the Warriors's defense was not too powerful, he recognized that Blair offense needed to step up their competitiveness. "The offensive line has to get more tough mentally," he said. "[Sherwood] is a good team, but if we work hard we can do anything."

Although the Blazers trailed the Warriors 14-0 at halftime, Blair's coaching staff had faith in Blazer potential. During the huddle, Coach Lindsey riled the team. He said that if the squad stepped up mentally and took advantage of more opportunities, they could surpass their opponents. "I never said this game was going to be easy – I said we can win," Lindsey said. "We've got to give it our all. We've got 16 minutes to make history - 16 minutes of hard work." 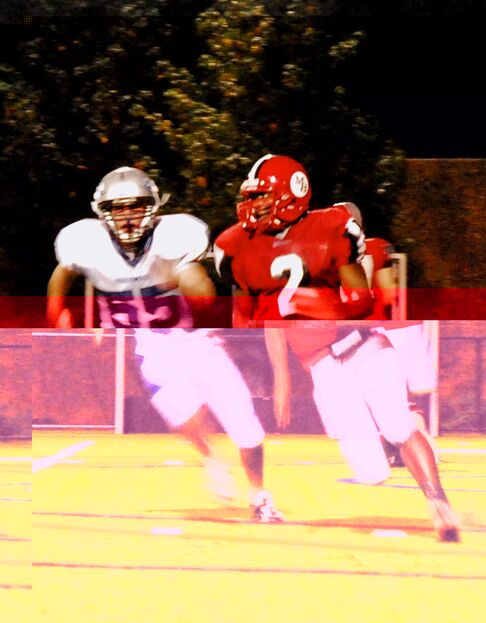 Both Gondor and Egber believed that the team had seen finer games, but they hope for future improvement. "We didn't play as well as we could have," Gondor said. "[We've] got to step it up next week."

Seals expressed his satisfaction with the Blazers's performance. "I'm proud of them," he explained. "They came to play - sometimes it's just not enough to play with."

Seals explained that many athletes could not play due to injury and illness, although he justified it as an invalid excuse for Blair's loss. Egber also emphasized the need for teammates to take on positions they don't normally play in order to substitute for missing players. "We've got a lot of people out, so we need to make sure everyone knows what to do," he said.

In order to prepare for the game next Saturday against B-CC, Seals emphasized that the Blazers will need to focus more during practice. Egber also acknowledged that practicing Blair's familiar game strategies will bring the team success. "We need to stick to what we do best – our basic plays," he said.