Tackle football should not be banned for our youth

The media has become a revolutionizing force, both in shaping the railways of communication and our everyday lives. But perhaps, it is time to take a step back and reflect on how it has impacted our perception of reality. Yes, and there is no better field to explore this topic than that of youth tackle football, an issue that, regrettably, has been assailed by the media as a detriment to the future of America.

For the past few years, we've begun to see a movement of fear pushed by studies and media content that view youth tackle football as a red flag, as guilty of causing Chronic Traumatic Encephalopathy (CTE), a degenerative brain disease. However, Blair's varsity football Head Coach Andrew Fields sees the issue differently. "With kids under the age of 12, that's not where the CTE is happening. There's a big difference between two nine-year-olds, two sixty-pound kids that don't really collide the way they do as they get older, and two 28-year-old men who are some of the strongest, fastest and most explosive guys in the world colliding one on one head on," Fields explains.

Senior quarterback Matt Siff who will be playing at Grinnell College agrees that most health issues associated with tackle football are seen much later in a player's career, if at all. "I think there definitely are long-term risks, but you see those more at the higher levels of play. I've never seen it where a guy just plays growing up and in high school and later has health issues," Siff notes.

Nevertheless, there are still some in the journalistic community that point to studies that associate youth tackle football with sub-concussive changes in the brain, changes that are not symptomatic of a concussion but that do appear in brain diffusion tensor imaging scans, which show injuries to the white matter of the brain. And this is where the most fundamental error arises. Most research that has explored the relationship between playing tackle football and neurological diseases has been conducted in the form of observational studies, which are very different from experiments, in that they explore correlation rather than causation. Thus, previous articles that have suggested such a relationship are in error, as they go against the fundamentals of statistics, which tell us that we can never infer that football causes CTE just from some observational studies. 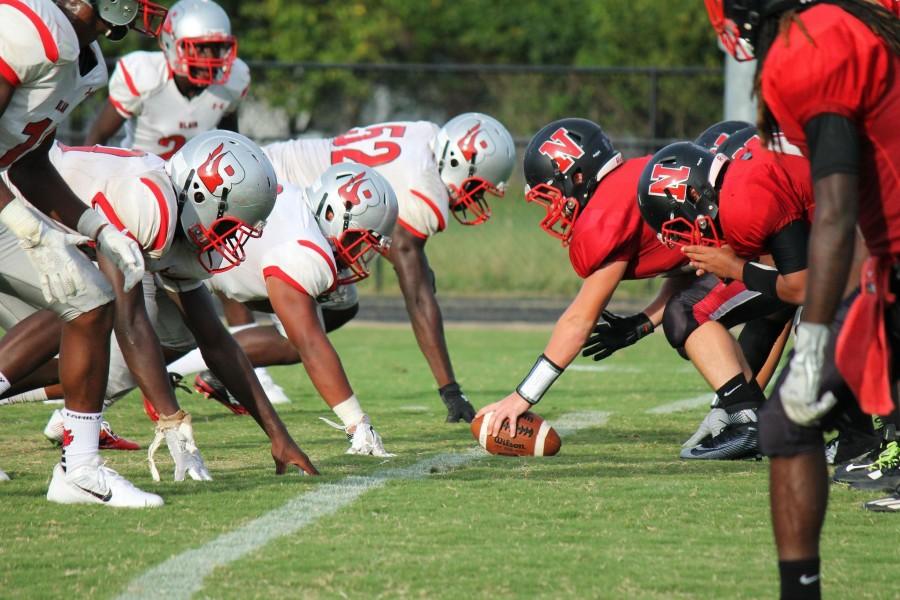 Photo: Playing tackle football in a team builds values and creates a lasting comradeship between players.

Photo: Playing tackle football in a team builds values and creates a lasting comradeship between players.

In addition to the fact that many anti-football media content is flawed, football in and of itself has a great number of advantages: it builds values and creates new friendships. For senior offensive lineman Brady Callahan, playing football means building character and meeting new friends while having fun. "When I first came, I didn't know anyone on the team, but now I know everyone, and they know me. It's just a bond you have with them; a friendship that will last forever," Callahan explains.Coach Fields takes it a step further; he sees his team as one-of-a-kind family. "Short of the military, short of your own family at home, there's no family like it. There is no other team sport on the planet that requires you, as good as you may be, to rely on the 15th best guy on the team for you to fully reach your potential," Fields says.

That is not to say that football players don't get injured at all; they do, but not in the way that the media portrays it. During his coaching career at Blair, Fields has seen very few concussions. "In my five years at blair, we might have had three kids get a concussion. Most of the injuries have been just joint tears," Fields maintains.

Siff adds that there are other popular sports that have more concussions than tackle football. "I think football is often perceived as being very dangerous especially with head injuries, but if you look at the numbers, there's actually more cheerleading concussions than in football," Siff says. Yes, it's true. Thirty-seven percent of all cheerleading accidents are concussions, compared to 17 percent on the football field.

The point is that banning football isn't the solution. Callahan believes we should be focusing on teaching proper form. "I don't think that tackle football should be banned. I just think they should have more emphasis on how to play the sport safely so that as you get older, the people get stronger, and hits are more common, players know the proper form to avoid concussions," Callahan proposes.

If we want safety, we should teach the sport to be played more safely. If we want regulation, we should make more safety guidelines. Already, many changes have been put into place to reduce injuries. "Whereas it used to be full speed ahead and full contact in practices, we now limit contact in practices. And as far as the safety equipment, things have changed a lot over the last ten, twenty, thirty years; the helmets are much more concussions-based," Fields explains. 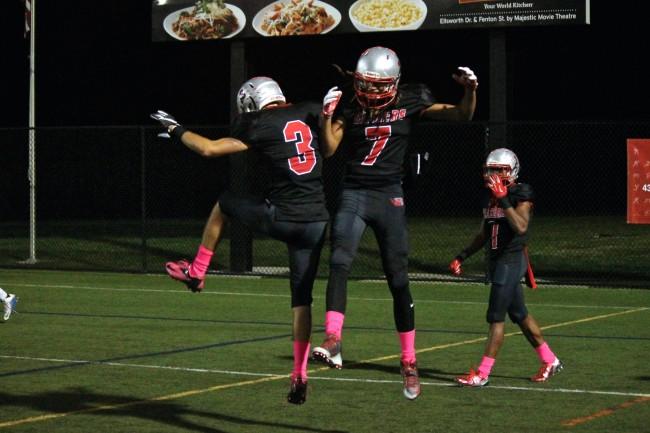 Fortunately, it appears that Maryland lawmakers, at least, know to be careful and deliberate in their decisions. Earlier this month, the Maryland House of Delegates Way and Means Committee overwhelmingly rejected Delegate Terri Hill's bill prohibiting tackling in football and heading in soccer before high school. Similar legislation has been introduced in states like Illinois, California, New York and New Jersey. In Illinois, however, the bill passed the House committee and is now set on track for a full debate and vote in the House. The legislation, also called the Dave Duerson Act, would prohibit children under 12 from participating in organized tackle football. Hopefully, lawmakers realize the full implications of their vote before putting a final stamp on the bill.Ultimately, the issue is how to best protect America's future--our youth--physically and mentally. Although playing tackle football may have some correlation with CTE, we as consumers of a wide variety of media must be more "media-smart." In an era of new technological developments, it is important that we not only become "tech-savvy," but also information-savvy so that we can each independently base our opinions on the facts. And hopefully, the media of the future can become a platform that better serves the American people, rather than exploiting their fears.

All in all, it is imperative that we see the big picture. In his entire coaching career, Fields has never had a former player tell him that he regrets having played football. "In fact, whenever I see a former player, it's always 'It's the best thing I ever did.' That's all I hear. This whole notion of banning football for 12-year-olds comes from people that just have never played the sport," Fields remarks.

In the end, it's just as senior wide receiver Nashton Datis says: "I started playing football because I fell in love with the game at a young age. So when I saw I had the opportunity to play, I took my chances." So, let's try our best not to destroy the dreams of our young people, the future of America.