Blazers put together a complete effort in win

It was likely a common belief that Blair football would not be very competitive this season. Rather, Blair put on a dominant performance Friday night against the Kennedy Cavaliers in a 25-0 rout.

The addition of head coach Andrew Fields and his coaching staff has brought about vast improvement within the football program, according to multiple Blair football players and it showed on Friday night. The Blazer defense put on their best impression of the vintage Pittsburgh Steelers' "steel curtain," forcing five turnovers and shutting out the Kennedy offense. The Blair offense, however, was able to move up and down the field with ease in the second half despite a slow start.

It was the defense that led the way during the first two quarters. The offense was a bit sluggish to start, but three forced turnovers, including a forced fumble by defensive lineman Zaevon Prince and a spectacular one-handed interception by linebacker Yonis Blanco, kept Blair in the game. The offense could only capitalize off of one of the Cavalier turnovers and had several penalties in the first half.

Senior captain Raymond Burtnick, who finished with three total touchdowns on the night, supplied the lone touchdown of the first half on a short run in the first quarter. The pivotal play of the long drive, however, was a completed pass from Burtnick to receiver Darryl Blue on fourth down. Blue and fellow receiver Daymon Anderson each had a key roles throughout the game.

"We were trying to get Daymon and Darryl the ball," Fields said, "They are our fastest guys."

At the start of the second half the offense started to open up. The first play from scrimmage was a deep throw to Anderson, and although the pass fell incomplete, it was indicative of the game plan for the next two quarters.

"We weren't prepared for their defensive front in the first half," Fields said, "We made adjustments at halftime and we took deep shots down the field in the second half to stretch out their defense."

Meanwhile, the defense continued to shine showing excellent team speed. The defense covered the field from sideline to sideline, shutting down the running game, and continued to force turnovers. Blair's defense frustrated and stifled Kennedy's offense all game. 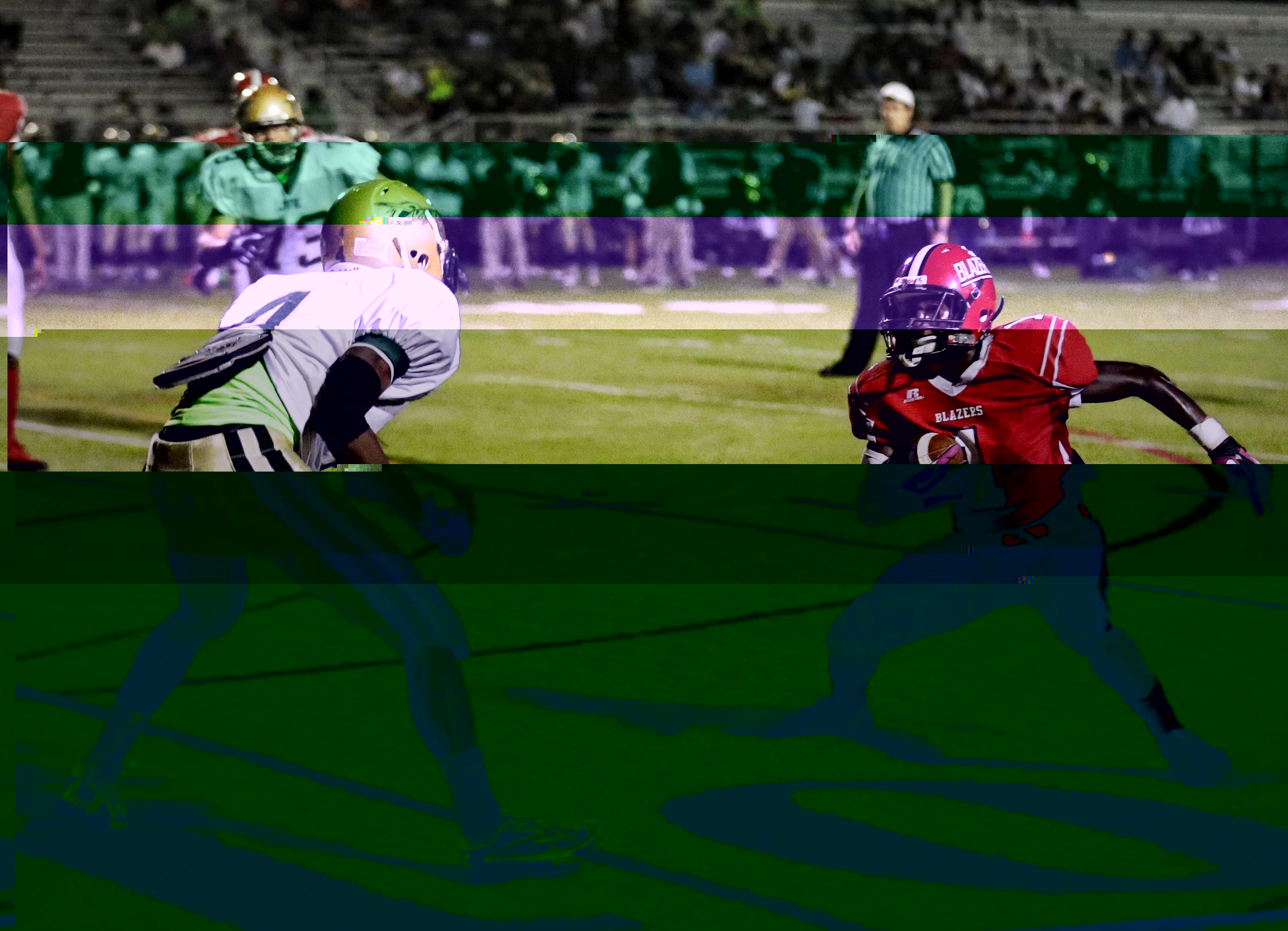 Then the Blazer offense took charge, led by Burtnick and Blue. The two connected on several plays during the second half, including a 35-yard touchdown pass on fourth down. Blair then put the game seemingly out of reach after a long, time killing drive in the fourth quarter that was capped off by a touchdown pass from Burtnick to Anderson. On the next offensive possession, however, the offense added one more score for good measure to make it a 25 point lead.

Though happy with the win, neither the players nor the coaches were satisfied.

"We let the coaches down in the first half," offensive linemen Nate Mihrete and Nick Dayhoff said, "We need to have better mental toughness and more discipline."

Overall, however, this first win is a sign of significant improvement and is a major stepping stone for the program.

"We're happy with the win," Burtnick said," It really gives us confidence to start the season."

Blue was slightly more emphatic regarding the victory. "It's a new Blair, a new era. Let everybody know."

The football team's next home game is on Saturday, September 21 at 2:00 pm against Northwood in the battle of the boulevard.