For Blair alumni, school spirit will always be in

As Blair alumni of all heights, races and ages wander through the mazes of tables in the gym, it's impossible not to wonder how people so different could all have gone to this school. In 75 years, Blair and its three generations of Blazers have passed through a variety of times and trends. The decades display in Blair's gymnasium guided Blazers, past and present alike, though two wars, the rise and fall of the hippie movement and an influx of school spirit. Here's a rundown of fashionable fads through the years:

What's out: Pants for girls, guys wearing shorts past mid-thigh and Hitler's Germany.

In the forties, there was just one thing on the collective national and collective Blair mind: World War II. By the time former Blazers Janet Dates and Elizabeth Denem, both graduates of the forties, were in high school, the war effort was in full swing and there wasn't a Blazer who wasn't pitching in. In order to show its support for the war effort, Blair became the first school to have a Victory Corps.

Nearly everyone at Blair was part of the Corps, and members would work together to collect food and scrap metal in order to help the war effort along. "It was very utopian," Dates said.

Those who remained back at Blair during the war were able to boast of a wonderful high school experience. Photos of girls in collared dresses standing with motorcycling boys in tweed plaster the pages of SilverLogues throughout the thirties and forties. Prom dresses had all the usual frills that we expect of the conventional prom dress and outfits included the required cute heels but with a twist: socks. T-strap heels with socks. After all, warm feet can never go out of style.

What's out: Losing to B-CC, Communism and nuclear warfare (although using it as threat was okay by government standards). 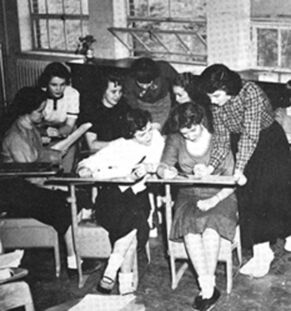 Blair in the fifties followed the standards of high schools of the time - girls wore poodle skirts and sweater sets for the first half and then graduated to tighter skirts that fit at the waist. Guys that everyone referred to as greasers in ab-hugging shirts and high top sneakers became the inspiration for "Grease." This was slightly pre-Beatles, before Elvis overdosed, before girls were allowed to wear pants and before Blair was really and truly integrated. 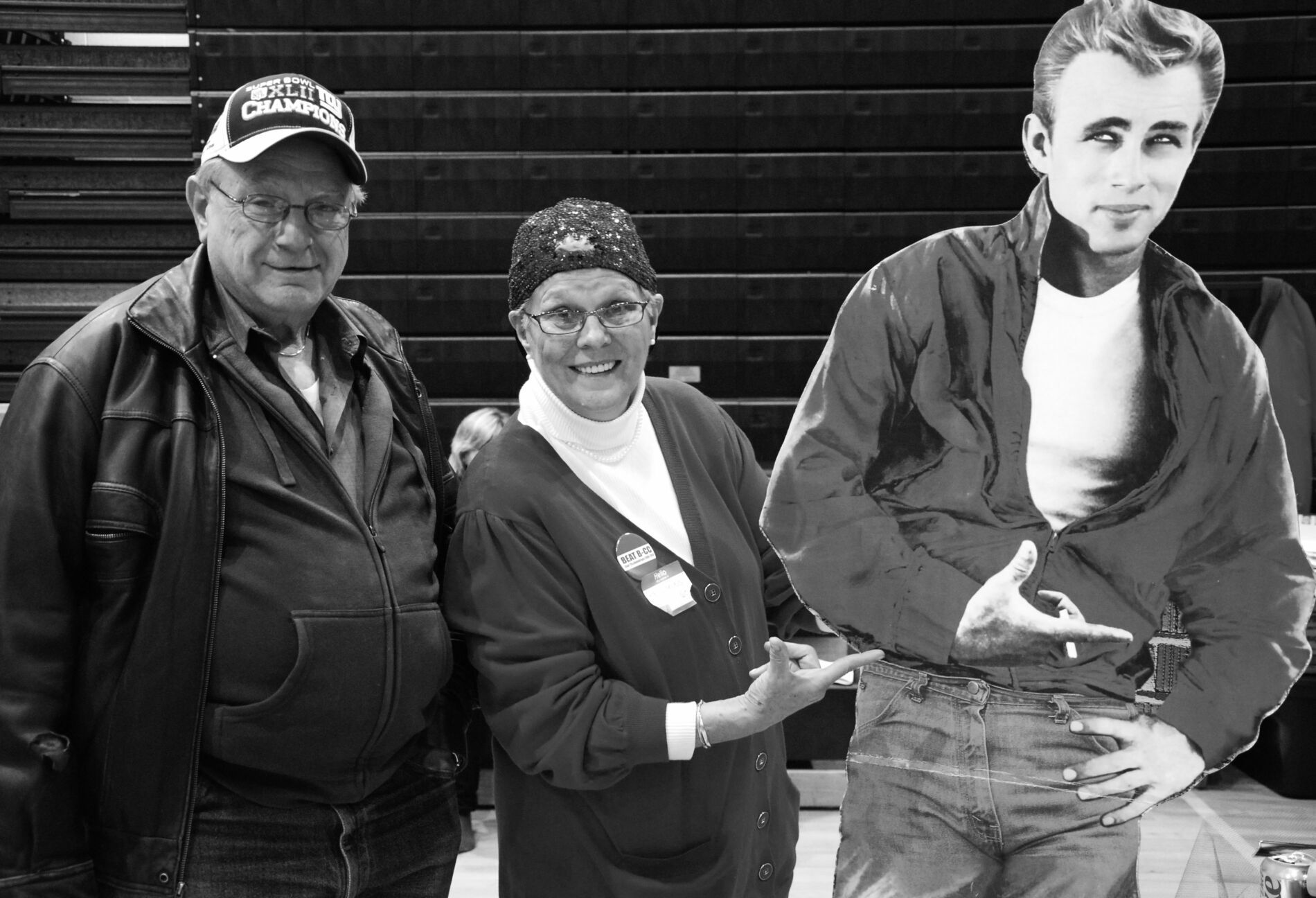 Photo: Kay Daniels-Cohen and her classmate pose with a cut-out of James Dean.

Photo: Kay Daniels-Cohen and her classmate pose with a cut-out of James Dean.

Blair was unique in one respect, though. Greasers, nerds and sweater-set girls alike thirsted for Blair victory over B-CC. Jim and Emilie Sherman, both Blair graduates of the fifties, flipped through old scrapbooks of Blair's sports history in their decade, paying particularly close attention to games against their rival. Some games, according to the scrapbook, were better than others, but steadfast Blair fans never waver - Jim still follows Blair football. At least, when there isn't a Terrapins game on the same night.

What's in: Hot shoppes, sock hops at the Armory, Jefferson Airplane, "The Graduate," the Rolling Stones, the Bee Gees, typewriters and the Beatles.

What's out: Unconditional patriotism, the Vietnam War and the restrictive skirts of the previous decade.

The 1960s section of the decades display at the open house was the largest, most extravagant and crowded of all the tables. And no wonder; Kay Daniels-Cohen explained it by using the phrase "high energy" to describe her fellow graduates. (Their enthusiasm may have brought them to the open house, but the life-sized cut-out of a dreamy James Dean couldn't have hurt either.)

Daniels-Cohen summed up her high school experience by simply saying, "I had a blast in high school!" She described the sixties with the admitted cliché "sex, drugs and rock 'n' roll." Old vinyl records litter the expanse of sixties tables, sporting the names of artists including the Rolling Stones, the Bee Gees, the Beatles, Simon & Garfunkel, Jefferson Airplane, Lovin' Spoonful and Cream. Posters in swirling, psychedelic colors display nude women and planets, with sayings like "The burden of Life is Love." When it came to following popular hippie culture, Blair was pretty darned groovy.

But hippies were known for more than just the music and the tie-dye, and so was Blair. "There was lots of energy," said Daniels-Cohen, "lots of activism." In the 1960s, the Vietnam War was the main issue occupying the collective consciousness. Unlike in the forties, however, Blair did not pull together to support the war. Like many other American high school and college students at the time, Blazers and the Blair community vehemently opposed the war. Patriotism became a thing of the past.

What's out: Tie-dye, big hair and the majority of the counter-culture movement. 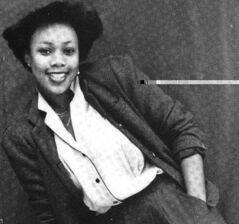 Martha Santomartino, '82, spent part of both the seventies and eighties in high school. For Santomartino, the transition from disco and Farrah Fawcett hair to leg warmers and Motley Crue could not have been more welcome. The seventies, she said, were simply awkward. Boys wore hideous white suits and fashion for girls wasn't much better. But the eighties were all about the bands.

The musical highlight of her high school experience, apart from her involvement in Blair theater, occurred when she was a senior. At that time, Stevie Wonder was in Washington, D.C., in order to persuade Congress to pass the bill that would eventually make Martin Luther King, Jr.'s birthday into a national holiday. One day, the entire school was herded into the auditorium and guess who showed up? Wonder himself. "He played - I don't know how many songs -seven or eight or nine songs," she said, and then talked about the importance of King's work. Wonder had selected Blair because of its diversity, which was just becoming characteristic of the school.