I first found out about Lou Reed when I was eleven years old at summer camp. A boy whom I befriended because of a shared interest in bands like Joy Division and the Ramones used to wear a T-shirt depicting a slouching Lou Reed in sunglasses. Though I was unfamiliar with his work, that image to me was the epitome of rock and roll cool. This boy was adamant about Reed's greatness, and played me his best-known song, 1972's "Walk on the Wild Side." My taste in music has shifted and grown since then, but my respect and appreciation for Lou Reed has never diminished. 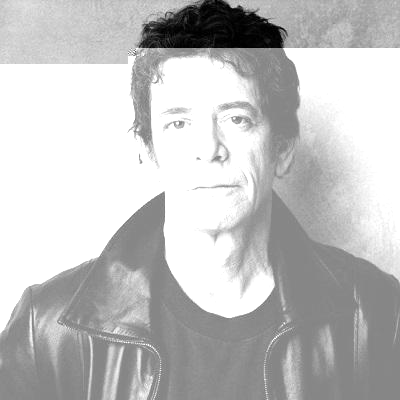 Reed succumbed to liver disease Sunday, Oct. 27, at his home on Long Island at the age of 71. It was no secret he was a hard-living man; he documented his experiences with drugs and alcohol in his songs and underwent a liver transplant after a lifetime of substance use in May 2013. Because so many of his songs dealt with addiction and drug use, it is easy to write him off as a drug-addled musician who made a living by selling that culture of debauchery. However, this assumption ignores the raw talent he possessed and the great strides he made for musicians of all genres. Throughout a fifty year career that continually waxed and waned, Reed was a force to be reckoned with and was certainly never typical.

Few artists have the ability to pen a challenging, groundbreaking song one day and an absurdly catchy pop song the next. Reed's time in the Velvet Underground, a band he founded with viola player John Cale in 1964, showcased this unique ability. During his time in the Velvet Underground, Reed wrote accessible, jangly tunes like "Run Run Run" and "Sweet Jane," as well as rambling tributes to debauchery and decay like "Sister Ray." The recording of "Sister Ray" was so raucous and discordant, the recording engineer walked out of the studio while the band played on. With the Velvets and during his solo career, Reed experimented extensively with noise. His fifth solo album "Metal Machine Music" was an hour of guitar feedback with no melody, rhythm or song structure. His experimentation with noise fused countless factions of music that followed with an avant-garde sensibility that endures even now. Few mainstream artists did more to bring groundbreaking music to the masses in a way that was so undeniably cool.

Reed's lyrics often dealt with the seedier aspects of urban existence that were largely overlooked in popular music before his time. Songs like "Heroin" and albums like "Berlin" were explicit in their poetry, never wholly embracing the decadence and self-destruction of heroin but never quite condemning its use either. Reed had the ability to thread the subjects he was fixated on—sex, domination, drugs and abuse—into his work in such a way that those elements were almost never readily apparent. His songs were often so full of sly metaphors and indirect, inside references the average listener had to deduce their actual meanings. "I'm Waiting for the Man," with its beatnik guitar and languid vocals sounds like a pretty standard 60s folk rock song, but its lyrics deal with the day to day existence of a prostitute working the streets of New York.

This was the true genius of Reed as a commercial artist. His weary, haunting voice and the sheer amount of time he spent in the music business are noteworthy, but the ideals he represented are what fundamentally changed rock and roll. No artist before Reed presented ugly, urban blight with quite the same slyness and ingenuity. Very few artists have been able to reconcile their popular and experimental bends and achieve the level of success and longevity Reed achieved. He was nothing if not an unflinching observer and reporter of the world around him, and it was through his music that we understand much of what we would otherwise overlook in our society, such as drug use. Reed is a part of the lexicon of rock and roll, as well as a key figure in how we understand many of the changes brought about in music over the past five decades.

As a musician and a man, he will be missed. And, as for me, that slouching figure in sunglasses will always symbolize the honest, effortless greatness that is rock and roll.