Fracking in Maryland needs to be stopped before it begins

Well it looks as if hydraulic fracturing, or fracking, is going to make its debut in Maryland in the near future. After conducting a three-year long study concerning the potential effects of fracking on Maryland, former governor Martin O'Malley declared the state fit to frack just before leaving office. His successor Larry Hogan has also expressed his desire to start drilling in the very near future. While fracking might create short-term jobs and tax revenues, Maryland needs to realize the costs will far outweigh the benefits. Fracking will only destroy the state's environment and worsen its already outdated infrastructure.

The process of fracking involves drilling about a mile and a half into the ground, injecting water into the well created by the drill in order to crack the shale bedrock and extract the gas within it. It's a process that threatens the environment above and below the ground.

The biggest danger inherent in the fracking process is the possibility of leakages in the pipes, which would cause gas to seep into shallow rock layers and private wells, creating the possibility of it ending up in peoples' faucets. When the contaminated water arrives at the tap, it becomes flammable. 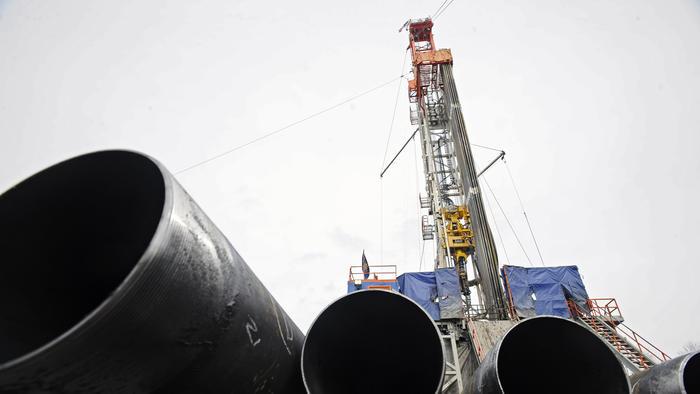 Photo:
The chemicals in the byproducts of the gas consist of benzene, xylene toluene, and methane; all of which are known to cause cancer, birth defects and nervous system disorders. Since fracking is such a recently developed process, there are also possible long-term risks that are still largely unknown. According to the Chesapeake Climate Action Network, a non-profit devoted to "building a movement to solve the climate crisis in Maryland, D.C., and Virginia," doctors are already connecting fracking to numerous health problems like respiratory illness and increased infant mortality.

Fracking leaves a lasting effect on the air as well as the ground. Parts of Wyoming and North Dakota—which have been quick to welcome large-scale fracking operations—are known to have worse smog than downtown Los Angeles. Waste fluid from fracking contains harmful volatile compounds that are left out in open air to evaporate. In turn, the chemicals make their way into the atmosphere—causing acid rain, contaminated air and ground-level ozone.

O'Malley believed that environmentally-safe fracking could be achieved in Maryland if strict safeguards, stiff spill penalties and large taxes were put on the energy companies. The proposed plan under his administration would have been to set up a number of drilling wells in the small western corner of Maryland, in Garrett and Allegany counties, which sit on top of the Marcellus shale formation that extends from New York to South Carolina. If state legislators were to impose these strict laws, Maryland would become the first fracking-approved state to require companies to submit comprehensive gas drilling plans. Consequently, energy companies may decide to drill in neighboring states where they could frack freely without running the possibility of a large fine.

In an interview with the "Baltimore Sun”, former state delegate Heather Mizeur perfectly explained the current fracking situation in Maryland when she said "the only truly safe way to protect the environment, public health and the economy is to keep the gas in the ground."

Gas and oil drilling is historically known to create boom-bust economies of large short term profit, followed by decades of lasting damage and despair. O'Malley's administration estimated that drilling and extraction could create as many as 3,400 jobs in Maryland, but did make note of the fact that they would last for two to three years at most. A surge in job openings would surely help the unemployed, but not from Maryland. The Pennsylvania and West Virginia borders are closer commutes to the potential drilling site than Baltimore or even Hagerstown. There certainly isn't enough housing in that corner of the state for the influx of workers; so it would be extremely hard for the state to ensure they are actually coming from Maryland and contributing to its economy.

Advocates for fracking argue that it could translate into millions of dollars in tax revenues for the state. In a best-case scenario for the gas companies, in which they find plentiful amounts of natural gas, Maryland would still find itself in its own a worst-case scenario. Yes, the state could cash in on taxes from big petroleum companies, but a big boom in Garrett and Allegany counties would ultimately be overwhelming and destructive. The rural roads in western Maryland are currently not up to the heavy truck traffic of the fracking industry, which is why the pro-fracking delegation in the Maryland state legislature is currently pleading to restore highway user fees. In Pennsylvania, heavy truck traffic related to fracking cost the state between $13,000 to $23,000 per well in 2011 alone. Maryland is currently looking at allowing an estimated 400 wells to be built in western Maryland, leaving them to put tax dollars into roads that would only be used for a couple of years.