From handcuffs to hallways

Conducting blood pattern analyses, chasing suspects on motorbike, and finding bullet trajectories seems more like a day in the life of an actor on CSI, not of the security guard who patrols Blair's back halls. But just a few years ago Maureen Walsh was documenting homicides and dodging bullets for the Washington, D.C., Police Department.

Walsh joined the Blair security team one and half years ago after retirement from 31 years in the Police Department. Twenty-six of those years were spent as a specialist for the forensic science services. Though being a Blair security guard seems like a far cry from riding in police cars and taking crime scene photographs, Walsh's job is much more than just monitoring hallways. 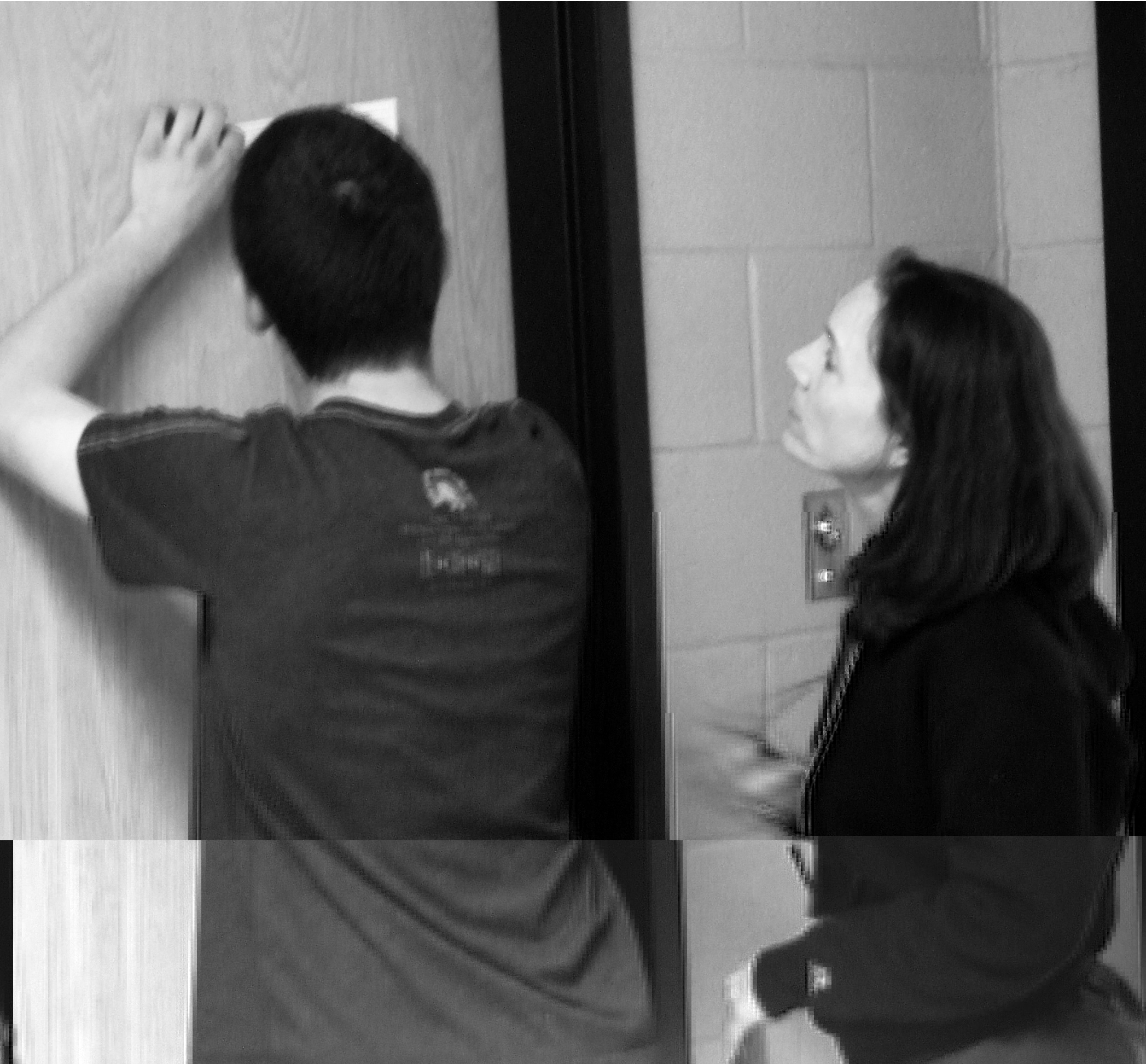 Photo: Walsh uses her past to ensure safety at Blair.

Photo: Walsh uses her past to ensure safety at Blair.

As a child Walsh was a self-proclaimed tomboy whose father always knew she was destined for law enforcement after all she wanted for her fourth birthday was a cap gun. Walsh also cast aside gender roles of the time when she broke into the male-dominated police force. At the time, female police officers were rare; they were not represented on television, and there was a 5 ft. 7 height requirement for officers. Walsh, however, was not discouraged by these setbacks. She pursued a nursing degree and took classes in photography and forensic psychology until the height requirement was lifted.

It was also these restrictions on women that led Walsh to pursue a career specifically with the Washington, D.C., Police Department. "When I first joined, [the Washington, D.C., Police Department] was the most progressive police department. It was the first department to put women on the street,” says Walsh. She knew she would not be satisfied working a desk job like many women police of that time because she always cherished being active.

The road to the Boulevard

Walsh most enjoyed the physicality of her job, as well as the variety of different situations she faced everyday. "There are no two days that are alike. There is always something that is going to challenge you,” says Walsh. Unfortunately, her job forced her to see the worst of people, which is ultimately why she came to Blair after her retirement.

Walsh also wanted to change pace from her 11 p.m. to 7 a.m. job, however, her main aspiration was to help kids. "In my other job my only contact with young people was when they were zipped up in body bags or in handcuffs. So I decided that after I retired I wanted to make a difference with kids. There are a lot of wasted lives,” says Walsh.

While still on the force, Walsh would often come to Blair and speak to students in Megan Dieckman's forensics class about her job. Walsh could have chosen to work at any high school, but after her frequent visits, she started developing relationships with the students, and fell in love with the Blair community.

Walsh's commitment to promoting safety doesn't just mean physical safety; she is also protective of students' mental health. Blazers regard Walsh as easy to talk to, and she even has a group of students that she often helps and listens to their problems. "I find some students focused on their weaknesses rather than their strengths. I help them focus on their strengths and even reframe their thinking because their weaknesses can actually be strengths,” says Walsh.

Junior Genises Nuñez remembers the great influence that Walsh had on one of her friends. "She's easy to talk to if you have a problem. One of my friends was pregnant and she helped her try and talk to her mother and grandmother. She was like a mother figure to her,” says Nuñez. 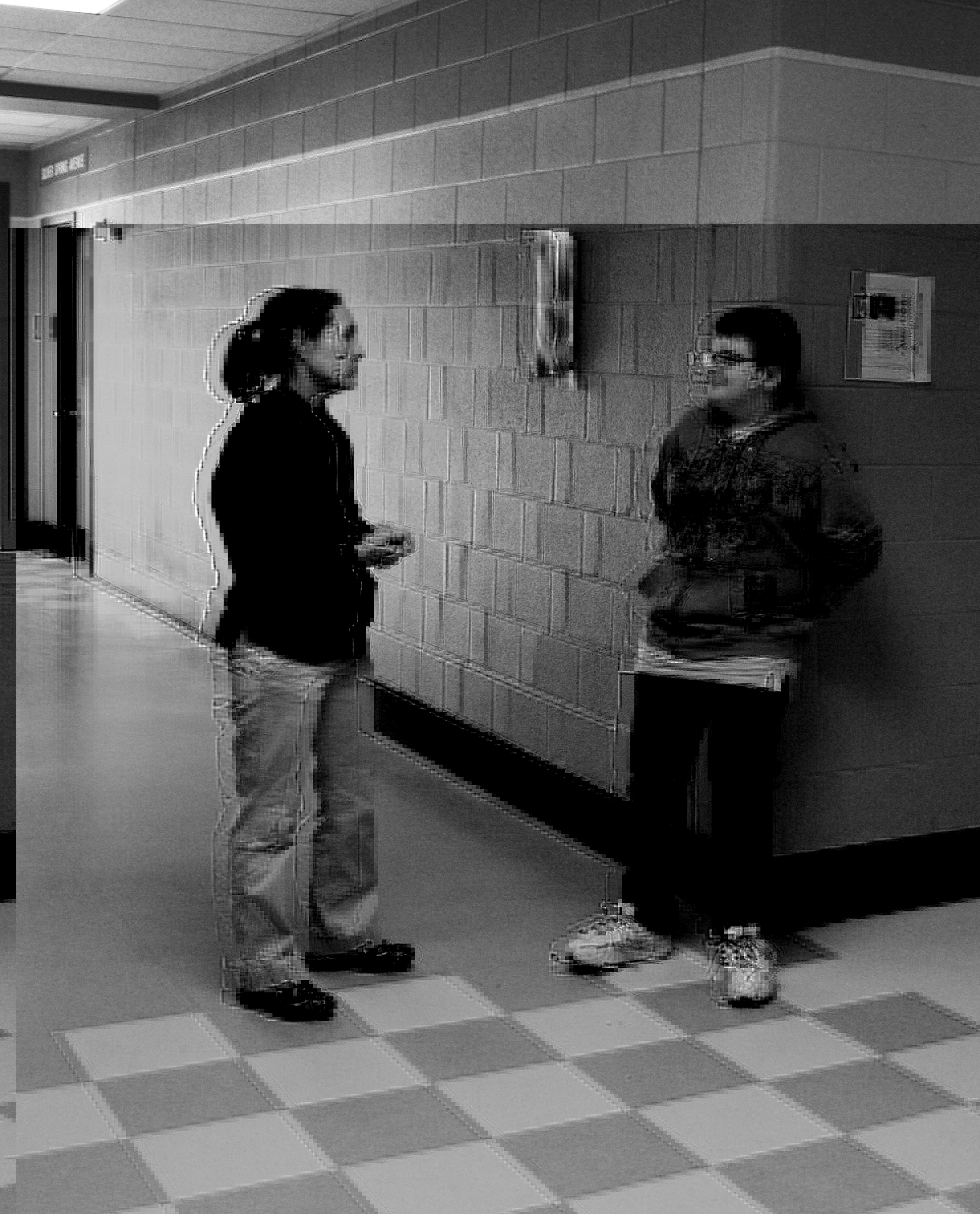 Photo: Maureen Walsh helps students, such as freshman Ryan Hodge (above), work through their problems.

Photo: Maureen Walsh helps students, such as freshman Ryan Hodge (above), work through their problems.

Nuñez isn't the only Blazer who regards Walsh as a mother figure, freshman Ryan Hodge has been spending lunches with Walsh since October and says that, "I would describe her as a family member because of her sincerity and niceness.” Hodge says that Walsh helps him with problems he is having and helps him look at them in a different way to give insight. Hodge claims that he feels as if he can trust her with almost anything.

Though Walsh had to deal with tragic circumstances on a daily basis Walsh loved her high action and unconventional job that inadvertently gave her just the right skills for her to become a high school security guard. Working for the Police Department gave her a different outlook on the ways to promote safety and security at Blair. Blazers can feel safe knowing that this petite woman helps so many students is comfortable racing a motorbike down stairs.