From Karachi to the halls of Blair

It's lunchtime on a Wednesday. Freshman Nabiha Atique walks into room 263, where Blair's Amnesty International club is meeting. After participating in an icebreaker, she heads downstairs to the arts wing, where she works on a vase for ceramics class. Later that afternoon, she goes to a poetry rehearsal for Sankofa, Blair's annual show celebrating Black History Month. Atique's busy schedule is similar to that of many other Blazers, but there is one difference — she is an exchange student from Karachi, Pakistan who is only at Blair for one year.

Atique, who is staying with senior Cecelia Bauer and her family in Takoma Park, Md., is in the United States on a scholarship from AFS Intercultural Programs, an exchange agency that organizes study abroad programs around the globe. Although she received the scholarship within a few weeks of applying, her exchange location came as a surprise. "My family was really trying to get me in and told me that I should apply for the scholarship," she says. "I got my placement [in Takoma Park] just a week before I came here." 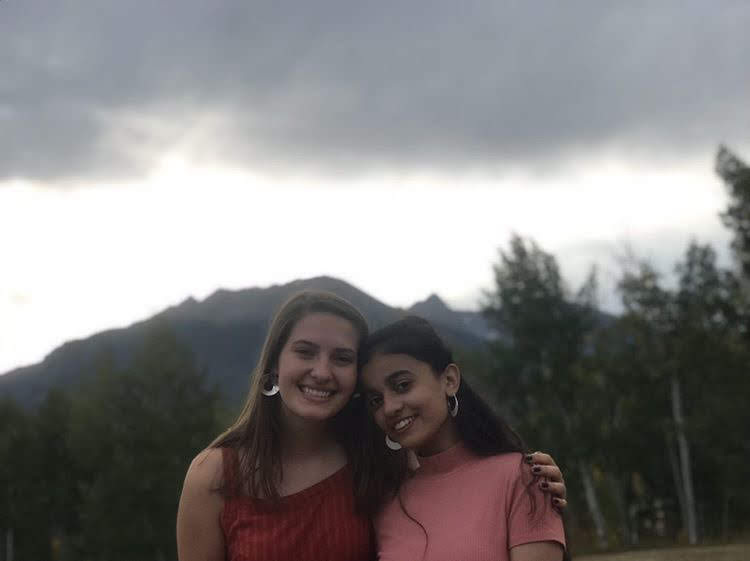 On her second day in the country, Atique recounts, she wanted to go to CVS, but misinterpreted the Google Maps results on her phone, walking 30 minutes to the store in Silver Spring rather than to the one five minutes away from her hosts' house. But despite humorous mishaps, she has quickly adjusted to American life. "Takoma Park is so beautiful," she exclaims. Atique's home city had more than 14 million people and plenty of "buildings, buses, trucks and cars everywhere," so she finds her new home peaceful.

Although many may consider America to be a diverse "melting pot," Atique, surprisingly, sees it as homogeneous when compared to Pakistan. "You see really diverse culture in Pakistan — some places are really colorful, and other places are more businesslike, and so on," she explains. "I really like the culture in America, but it's more of what you would expect."

In Pakistan, Atique was on a pre-engineering track at her 500-student school. Her course load included computer science, physics and chemistry. But since coming here and observing the country's press freedom, she has discovered a love for journalism and activism. "I love the first amendment. Because in Pakistan, even though freedom of the press is there, you can't publish or speak out about anything wrong with someone else's religion," she says. Atique hopes to take her new passions back home with her, and wants to learn how to open a school for disadvantaged children in Pakistan. "The main problem I see in my country is that there's not enough free education, and that causes so much illiteracy. People don't really know the difference between right and wrong anymore, so I want to fix that," she explains. 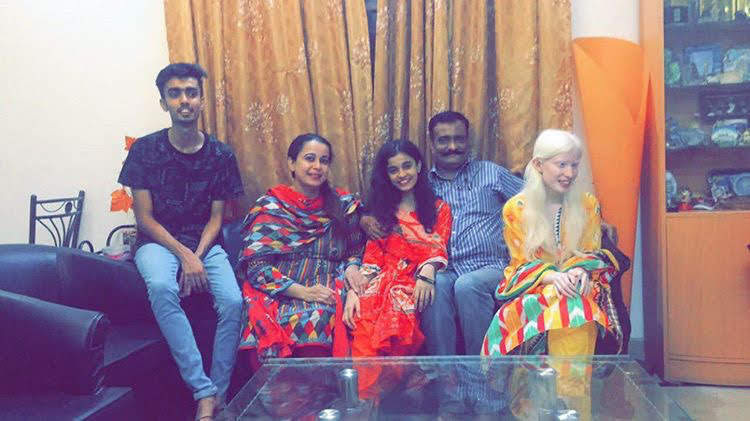 Photo: Atique, center, with her family in Pakistan (courtesy of Nabiha Atique)

Photo: Atique, center, with her family in Pakistan (courtesy of Nabiha Atique)

After moving halfway across the world, Atique can no longer spend time at arcades with her friends like she did in Karachi, and has a newfound love for D.C.'s go-go music. But most of her interests have not changed — One Direction songs, John Green books and Netflix are still favorites. Although she misses her family and nine cats, the exciting new experiences and familiar hobbies make up for any homesickness, she says.

Atique is enjoying her year in the U.S., but getting permission to come here was no easy feat. In June 2019, due to overcrowding, Montgomery County Public Schools (MCPS) limited the number of exchange students that could come into the county through AFS, Youth for Understanding USA and ASSE International Student Exchange Programs. Initially, only Magruder, Damascus, Gaithersburg, Rockville, Seneca Valley, Sherwood, Springbrook and Watkins Mill High Schools were available for exchange students.

The exchange policy caused significant backlash, including by Susan Baker, Bauer's mom and Atique's host parent. "They seem to think that foreign exchange students are just there to take spots away from someone else," Baker says, citing the county's failure to post their revised decision on their website despite multiple requests. "They weren't following a clear policy and they weren't transparent about the policy."

In a series of emails to MCPS Chief Academic Officer Maria Navarro, Baker reported that Wheaton High School and Bethesda Chevy-Chase High School, two schools closed off to exchange students, were less crowded than some of the eight open schools. Referencing the higher-than-average Free and Reduced Meals rate in the DCC, she also wrote, "DCC students — with fewer resources to travel, study or volunteer abroad on their own — would benefit even more from a chance to engage with exchange students in their home schools."

In hopes of creating change, Baker, Bauer and other members of the Blazer community attended a Board of Education meeting on June 24. Senior Hemakshi Gordy testified at the meeting, sharing her positive interactions with Blair's exchange students. "Exchange students teach us to communicate across cultures, a life skill that we all need to navigate today’s increasingly interconnected world," Gordy said. "Rejecting a handful of exchange students who bring so many benefits to our communities is not the way to solve [overcrowding]." 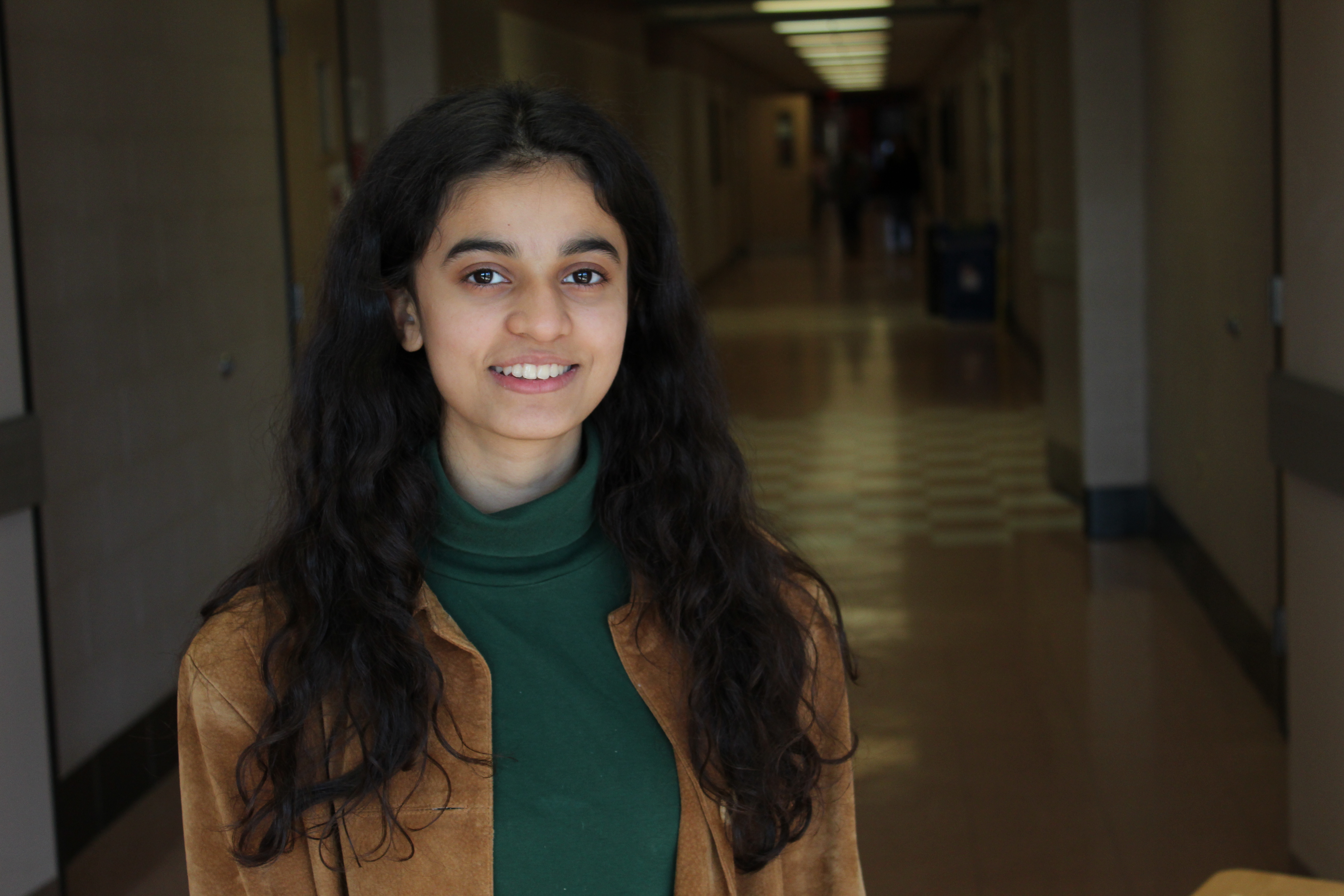 Photo: Nabiha Atique is one of the few exchange students in Montgomery County this year

Photo: Nabiha Atique is one of the few exchange students in Montgomery County this year

Although they have yet to release their official guidelines for vetting exchange students, MCPS has since relaxed its policies, allowing Atique to attend Blair as planned. Although they are still frustrated with the county's lack of transparency, Bauer and Baker are looking to the future and enjoying their time with Atique. Since arriving in the country, Atique has traveled to Minnesota, Colorado and Tennessee to visit Bauer's family. Over the holidays, they plan to spend time with Baker's family in Arkansas. "I also really want to take her to New Orleans because it's one of my favorite cities," Bauer says. "I'm working on convincing her to go during spring break."

Traveling or otherwise, Atique and her host family have valued the exchange experience thus far. "Exchange students go out there to educate people about the world and do all sorts of things that are really positive for our students," Baker asserts. Bauer agrees, saying that living with Nabiha has helped her learn a lot about herself and "what [she] takes for granted." Atique expresses a similar sentiment. "Doing an exchange is a super nice thing because you're not only going places and not only meeting new people," she explains. "You are also exploring yourself."