From MCPS alumni to teachers

Montgomery County Public Schools (MCPS), like any student body, is constantly changing as new students cycle in and old students cycle out. On the other hand, the teachers have, for the most part, remained the same. No one has a better look into how the county has changed than MCPS alumni who later became MCPS teachers.

Blair social studies teacher Alison Russell graduated Richard Montgomery (RM) High School in Rockville in 2007 as a student in the International Baccalaureate (IB) program. One of the minor changes she has noticed is a shift in student-athlete training schedules. Unlike when she was in high school, most athletes now participate in off-season training organized by coaches or captains. "It was just like you play that sport when it was that season, and it was up to you on your own to keep in shape," she says. 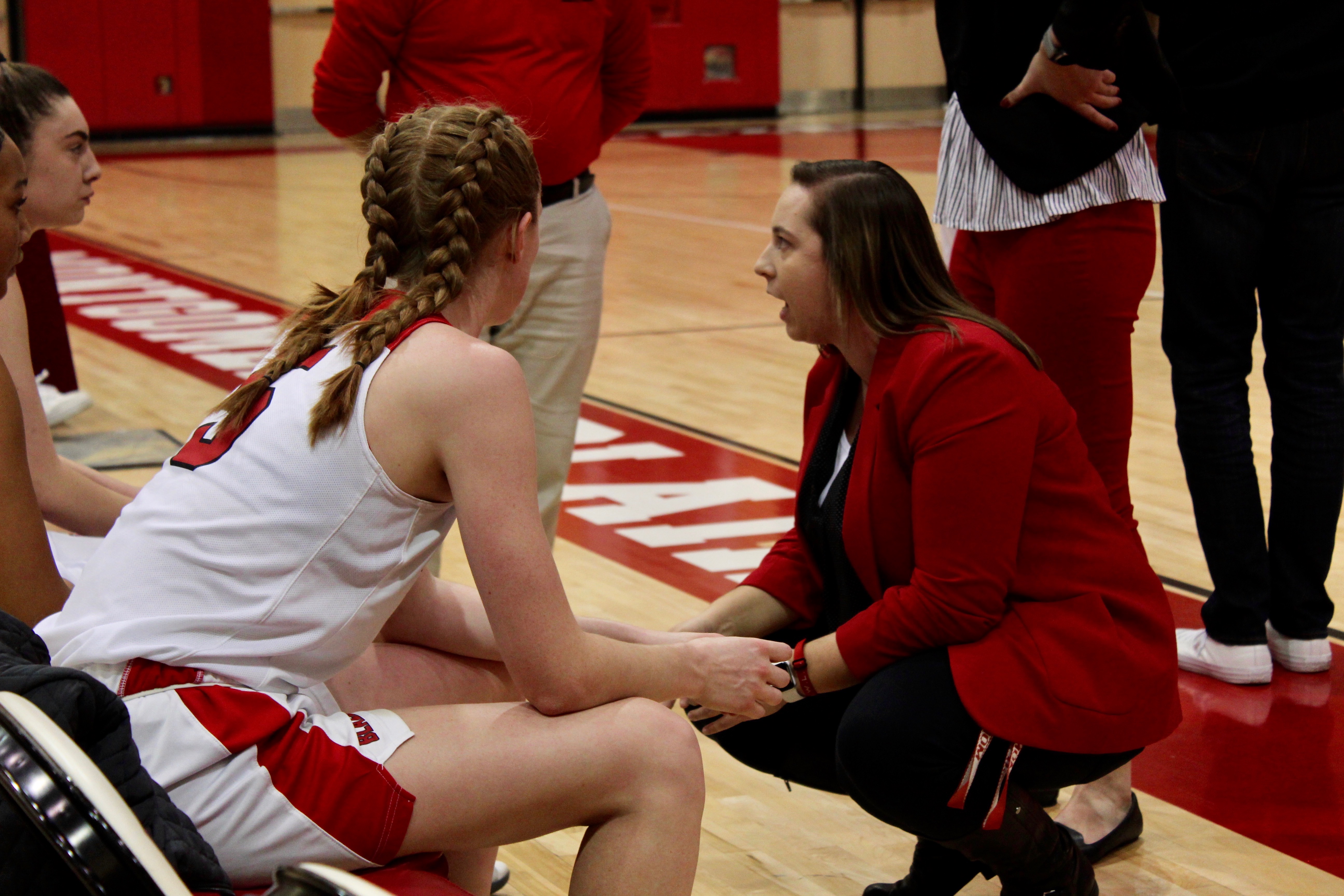 Photo: Amy Ferguson coaches her team in a home game against Paint Branch, where she once played (courtesy of Isabelle Megosh).

Photo: Amy Ferguson coaches her team in a home game against Paint Branch, where she once played (courtesy of Isabelle Megosh).

The schools whose sports teams continuously dominate, on the other hand, haven't changed much. Blair physics teacher and girls' varsity basketball head coach Amy Ferguson graduated from Paint Branch High School in Burtonsville in 2007, where she played multiple sports. She has seen the up-county "W" schools (Walter Johnson, Walt Whitman, Thomas S. Wootton and Winston Churchill) have successful seasons both as a player and a coach. "The 'W' schools, Bethesda area, have been performing well as always," she says.

Math teacher and Walter Johnson class of 2011 graduate Grace Contreras has observed that ESOL classes are becoming less diverse. While English used to be the common language in the classes, now most students usually speak Spanish. "Everyone was coming from different places and speaking different languages so they were forced to learn English as a common tongue," she says, "whereas, now… even if [Spanish] isn't someone's first language, it gets picked up pretty quickly." This shift has been beneficial in determining how ESOL math classes work, but also prevents ESOL students from learning English.

The biggest change that Russell has noticed in the county since she was in high school is the students. Whereas she and her classmates participated in more traditional, individual forms of community service, like volunteering at a soup kitchen, students today participate in more attention-raising walkouts and protests that often take place during school. "It was much less massive mobilizations for institutional or systematic change, and I think that's something that I'm really impressed to see the county move towards," she says. Russell recalls that her activism consisted mostly of attending protests against the war in Iraq outside of school, since it was the major issue while she was a teenager.

English teacher Erika Rao, who graduated from Sherwood High School in Olney in 2004, also remembers being invested in anti-war activism, both during and outside of school. She participated in her first walkout her junior year, and it was a big deal for her at the time. Although Olney is more left-leaning, the split between liberals and conservatives is greater than it is in other areas of the county. "There was some tension about when we walked out," she says, "You have to keep in mind that Sherwood is a little more evenly divided politically than Blair."

Sherwood is also a lot less diverse than Blair, which influenced Rao's decision to move to Silver Spring and work at Blair after graduating from college. "When I came back to MCPS, I wanted to work at Blair because Blair is known for being a really well-integrated school," she says. She recalls that she was aware of Blair's diversity as a high schooler, but that many Olney inhabitants had and still have a perception of Silver Spring as a rough area. She thinks that one of the main reasons for this perception is that there's not much in Olney. "It's just residential houses and way too many grocery stores," she says. "My dad will come to Silver Spring and he thinks it's a chaotic area compared to Olney."

Russell's first perception of Blair, on the other hand, was that it was big and scary. She was a Magnet student at Eastern Middle School, which meant that everyday after school, she took a bus to Blair and waited for ninth period to end so she could catch her bus back home. "There was always a debate about whether you should go and use the bathroom in that typical sixth grade [sense]," she says.

Stress is another change that Russell has noticed from when she was a student. "I don't remember [school] producing the same amount of anxiety that I sometimes see in my students, and that could have just been that we were all better at hiding it or it wasn't as socially acceptable to talk about," she says. She recalls that although she and her fellow IB classmates often had around five hours of homework per night, they had a mentality of "it gets done." It didn't matter how, when, or where it got done as long as it did eventually get done.

Contreras believes that students in Montgomery County specifically have always been stressed due to the competitive nature of the area, being around important people and institutions. She and math teacher and MCPS alumna Hannah Coleman think one beneficial stressor that today's students are missing out on is semester exams. "[Getting rid of final exams] probably reduces stress, which is a good thing, but I think there's benefits to having to recall information," Coleman says.

Rao believes that smartphones are a major contributor to increased student stress. "I think [smartphones] can actually cause a lot of anxiety because there are so many distractions and because your brain is overloaded with multitasking," she says. She and her peers didn't even text, resorting instead to note-passing. Contreras notes that while distracting, technology has increased digital literacy. "You're a lot more digitally fluent, you can do things we could never dream of," she says. In general, however, the multitude of apps that are available for students to use to distract themselves can be overwhelming, which increases students' stress.

Despite this stress that students today often subject themselves to, Russell is proud of all that they have done and continue to do in terms of activism and fighting for what they believe in. "It's easy to be like, 'oh, back in my day, I did five hours of homework and I didn't complain about it.' But everyone here does really amazing things, and they're so involved in their communities and in the larger world that I think that you guys are way better than I was in high school," she says.