From past to present

Ten years ago, downtown Silver Spring was a different city, home to many abandoned, run-down buildings. The once-charming Silver Theatre had lost its beautiful look, and there was neither turf nor Majestic Theater. The declining trend, which began in the sixties with the opening of Wheaton Plaza, seemed to have no end.

Recently, however, several developments in the Central Business District (CBD) of Downtown Silver Spring were lately approved. These projects, considered achievements for the area, have allowed Silver Spring to pull itself out of a rut and attract visitors and patrons alike.

When the county first approved the massive Downtown Silver Spring Revitalization project in 1998, it became clear that there was interest in redeveloping Silver Spring. 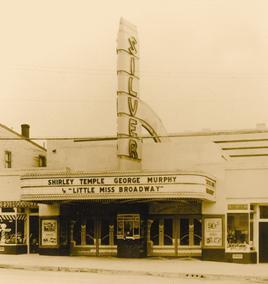 According to Wayne Goldstein, a historic preservationist in Montgomery County, locals had many concerns about the area before development plans. "Ten, even five years ago, people were very worried about Silver Spring," he says says.

But with the new plans, the Montgomery County Planning Board created many opportunities for business, housing and recreation in the area.

The project, incorporating a multi-million dollar budget, was designed in a cooperative effort by PFA Silver Spring, Foulger Pratt Companies and the Peterson Companies. Together these groups began a series of plans that mandated the creation of new office buildings, retail stores, housing complexes, parking garages and public works, such as parks or recreation centers. In total, 1,175,935 gross square feet of space has been redeveloped.

The project has changed the face of downtown Silver Spring entirely. A major project saw the $28.7 million renovation of The Silver Theatre, as well as the creation of the Majestic Theater. Public use areas, such as the Silver Plaza and the Town Square, have also been reconstructed to grant downtown some much-needed leisure space.

The area began to experience a serious upswing in real estate when 57 Cameron Hill townhouses were built near the Metro station. These were the first market properties to hit Silver Spring in decades, selling almost immediately because of their proximity to public transportation. Soon after, several renovation projects to redo dilapidated buildings, such as the Gramax Heliport Building, which increased the area's value. 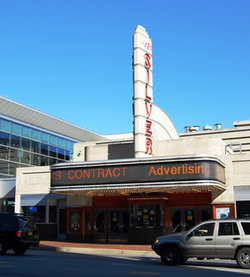 Photo: Untarnished Silver: Even after 69 years, the Silver Theatre maintains its glorious sheen.

Photo: Untarnished Silver: Even after 69 years, the Silver Theatre maintains its glorious sheen.

Glenn Kreger, a staff contact at the Maryland-National Capital Park and Planning Commission, believes that the development is one of the milestones for the Silver Spring comeback. "We have people living in the area, which helps maintain safety," he says. Apart from the safety, the project brought many financial benefits as well. Seventy percent of the units in the Gramax Building are rented to moderate-income families or individuals.

While the Cameron Hill and the Gramax Building Renovation projects were significant to the development of Downtown Silver Spring, the development that sealed the deal for downtown's improvement was the arrival of the Discovery Building. In 2001, Discovery Communications moved its world headquarters to Silver Spring from Bethesda and converted a Caldors Department Store into a Creative Technology Center, putting two new buildings in the CBD of downtown. Discovery created many new jobs and lured in other businesses, which resulted in an increase in the local economy. "It helped put Silver Spring on the map," Kreger says. "It gave help to the whole redevelopment process and brought new business to the area."

Major changes continue today, with several new plans for the area still on the horizon.

The future waits for the present

When the Montgomery County Planning Board approved a change to the Downtown Silver Spring Revitalization project in June, they authorized the creation of a Civic Center on the land where the demolished armory used to stand. The Civic Center will contain several new recreational facilities including an ice skating rink inside. Apart from the rink, there will be a public plaza and pavilion for those who are not so adventurous. Originally proposed in 1998, the Civic Center is being built now because of budget concerns and community hesitation.

"Normally, no building would exist, but the armory, which was used by the National Guard, also had dancing, shows; everything in 70 years," says Goldstein says.

In the meantime, other developers are still trying to tap into the wealth of new real estate in Downtown Silver Spring. Several proposed plans are being questioned for approval, including larger projects like the Falkland Chase renovations, which require the tear-down of existing apartments to make space for new residences.

The Falklands project has drawn its share of opposition – the buildings' historical value and surrounding green space have caused residents to grow wary of the proposed changes. "[Living in the Falklands is] better than living in an environment that is absorbed by concrete," says Meagan Moriority, a resident in the section of the apartments that would be torn down if the project receives the green light.

Not a perfect world

Even though new projects Falkland Chase can provide housing for newcomers, there are potential problems with overdevelopment. As of July 31, 2007, 2,651 multifamily housing units reside in the CBD alone. If this number rises significantly in the next few years, Silver Spring will continue to grow in a way that some might find a bad thing.

"Developers come in, buy property and assemble several properties together," Goldstein says. "Silver Spring has certainly come back. Some think it came too far."

There are some negative consequences of development. Goldstein believes that there are many parking and traffic issues as a result of the heavy development. In addition, he thinks that there might be problems with overcrowding in area schools.

Blair, which has decreased in size because of the full opening of Northwood High School (a member of the Downcounty Consortium), may not be as affected as much smaller schools. "We need to look closely at the impacts on elementary schools," Goldstein says. "[Schools] are adding more portables, but if the current growth policies aren't changed, a more permanent solution must be reached."

For Silver Spring citizens, another impending concern has been the loss of the "small-town feel" as Silver Spring steps into big-city shoes. "Community members have felt that, in addition to historic buildings, there is a loss of unique small businesses such as Roadhouse Oldies and the loss of open and green space," Goldstein says.