From prohibitive to performative

On July 13, the football team based in Washington, D.C. announced that they were changing their name from the Washington Redskins to the Washington Football Team—an announcement that had been long awaited by many across the country. 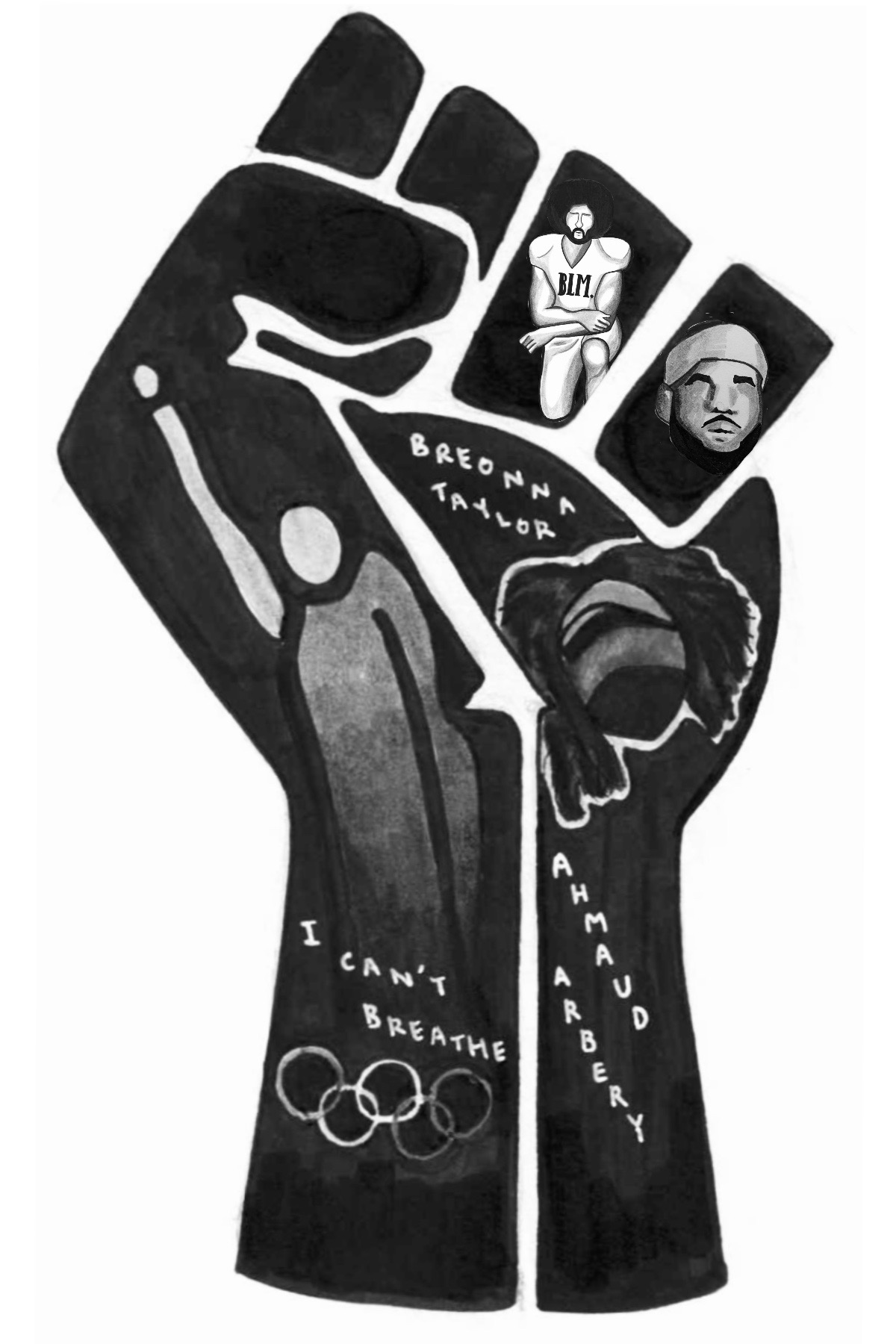 From prohibitive to performative

﻿The Washington Football Team had been known as the “Redskins” for over 80 years, despite it being widely considered a slur against Native Americans. Protests, demonstrations, and boycotts have all called for a name change since 1972, but Dan Snyder, the owner of the team, famously stated in a USA Today interview, "We’ll never change the name. It’s that simple. NEVER—you can use caps.” Pressure increased on Snyder and the rest of the organization following the killing of George Floyd and the social reckoning that followed. Investors no longer wanted to associate with the team’s brand. Nike pulled all of the team’s merchandise off of their website. FedEx, the brand for which their stadium is named, formally asked the team to change their name.

In mid-July, the team’s management finally relented. While activists recognized this decision as a step in the right direction, many believe that Snyder only changed the name because he knew he had no other choice. In an interview with ABC, Billy Tayac, Chief of the Piscataway Tribe in the Chesapeake Bay region, said, “With Mr. Snyder, what put the pressure on him to change the name? Money talks and that's what he realizes.”

The name change comes as part of a series of reforms and donations from sports leagues across the country. The National Football League (NFL) has pledged to donate $250 million over ten years to help combat racism; the National Basketball Association (NBA): $300 million.

George Solomon, former sports editor at the Washington Post and founder of the Shirley Povich Center for Sports Journalism, told Silver Chips that he thinks viewers are pushing to allow athletes to use their national platform to protest. “The social fabric of the country is changing, and there is a demand for athletes to speak out more than ever,” he explains.

In the opening weekend of the NFL 2020 season, five teams—including upper management—remained inside their locker rooms for both the playing of the national anthem and of “Lift Every Voice and Sing,” a song often referred to as the Black national anthem.

In a public statement, the Green Bay Packers, one of the teams that opted to stay in the locker room, explained their rationale: “We decided as a team to remain in the locker room… so as to not distract from our message that we stand united for social justice and racial equality. This is part of our continued call on our leaders to engage in meaningful dialogue that results in change.”

Statements like these from teams’ front offices were especially impactful, as just two years ago, many of them were fining players for protesting in their own way.

In the NBA, many players decided to strike and leave the stadium before their playoff games began on Aug. 26, in protest of the shooting of Jacob Blake in Kenosha, Wisconsin, temporarily halting the NBA playoffs. Following their lead, many players in Major League Baseball, the Women’s National Basketball Association, and Major League Soccer striked as well. College sports cancelled practices and games.

Once the NBA players called off their protest, the NBA and the National Basketball Players Associations released a statement explaining that the NBA and their players had formed a coalition, designed to create a forum for all those involved with the NBA to share their views on social justice and to try to create joint change.

In addition, both the NBA and NFL allowed their players to wear statements about social activism on their respective jerseys and helmets, in order to raise awareness for the issues most important to them. Sayings such as “Say Her Name,” in reference to the killing of Breonna Taylor and other Black women, and “I Can’t Breathe,” in reference to Eric Garner’s and Floyd’s final words, were printed on the backs of NBA players’ jerseys. The names of Black men and women who were killed and other sayings like these were pasted on the backs of NFL players’ helmets.

All of the sayings on the jerseys and helmets had to be approved by the respective leagues before being used.

Football fields and basketball courts have also been fitted with statements voicing support for the Black Lives Matter movement, emphasizing that change will take the whole country.

While Blair athletes might not have gone so far as refusing to play, senior varsity basketball player Jacob Briggs knows that they would have still protested this year had there not been a pandemic. Despite the consequences for missing practice and school, Briggs thinks they also would have attended all the protests outside of school. “Even during all the punishments we got for protesting last year [in DC], we still went as a team to support each other and what was being fought for,” he says. Players who skipped school to protest were forced by the coach to run during following practices.

Is this activism simply performative?

Similar to the changing of the Washington Football Team name, much of this activism has faced criticism. Other than the sizable monetary donations, some motions by the league have been characterized as too little, too late. Many fans are asking why it took so long for the sports leagues to finally make these changes—many of which do not feel as if they are truly the changes that are needed.

Roger Goodell, the NFL commissioner, released a video in which he said that the NFL “was wrong for not listening to NFL players earlier,” even as players like Colin Kaepernick, who used their platform to protest, are still unsigned and exiled from the league.

During the first weekend of games, the NFL showed a video of Alicia Keys singing “Lift Every Voice and Sing.” In this video, Kaepernick is prominently featured along with many other NFL stars kneeling for the song. Kaepernick tweeted, seemingly in response, “While the NFL runs propaganda about how they care about Black Life, they are still actively blackballing Eric Reid for fighting for the Black community.” Kaepernick’s comments reference NFL player Eric Reid, who filed a collusion lawsuit in 2018 accusing the NFL of preventing his employment because of his protest activity. Other athletes agree with Kaepernick, with Reid even calling the video “diabolical,” according to ESPN.

Like the Green Bay Packers, the Miami Dolphins also released a public video about why their team chose to remain in the locker room; the statement featured many of their players criticizing the NFL and their “empty gestures.”

All of this change begs the question of why these sports leagues chose to start supporting these protests now. The NBA has long tried to make itself appear to be the most progressive of sports leagues, with the commissioner choosing not to enforce rules against social activism on the athletes, but the NFL has held their position against protestors for many years.

Kaepernick kneeled in 2016, Black Lives Matter was founded in 2013, and people have protested the old Washington Football Team name since 1972. So why did it take until 2020 for the NFL to respond to continuous criticism?

Simply put: money. The NFL is finding itself in a precarious position with younger viewers. In 2017, just 27 percent of Millennials said that they were committed to watching football games, a huge drop from the 36 percent of Generation X-ers, according to a survey done by McKinsey and Company. That same survey did not find the same gap in generational viewership in the NBA, an organization known for being more progressive.

An NFL-sponsored poll in 2018 found that a majority of African-American, Latinx, and millennial viewers did not support disciplining players who kneeled. Racial tensions have only mounted since then. With growing pressure from all around, the NFL was pushed to support the Black Lives Matter movement and players’ peaceful protests at games.

Briggs concurs that athletic leagues, including the NBA, do not actually care about the Black Lives Matter movement, but rather the money. “It's a business and the majority of their money comes from minorities, so if minorities aren't [supporting them], then they don’t have a source of income,” he says. “Allowing players to skip games or change their jersey names—I feel like it’s a whole scam to keep the money flowing.”

While major sports leagues, especially the NFL, seem to have made some changes for the better, they were forced into a similar situation as the Washington Football Team: reform or risk losing money and relevancy. The NFL chose money.