From summer camp to state semifinals

The Blair girls' varsity soccer team has been successful this season. They had an official regular season record of 9-3 and won their fourth straight division title before advancing to the state semifinals for the first time in team history. But these are only the most recent coaching accomplishments for head coach Robert Gibb, who has coached the team for 30 years. Gibb discovered his passion for soccer at a summer camp when he was five or six years old. His counselor was from England, and therefore was much more familiar with soccer than other sports. "We probably played more soccer than most people," he recalled.

Right away, Gibb took to the sport, joining his first team when Montgomery Soccer, Inc. (MSI) first began in 1971 when he was about ten years old. His father was his assistant coach, but later took over as head coach after the original head coach got kicked out of the league. "Our coach was a crazy, Italian guy who actually got thrown out of the league for flying off the handle at a ten-year-old's soccer team," he said.

Gibb's father was the one who first inspired him to become a coach. "Although he didn't know the game that well, he really enjoyed it, and he really was good at getting the team to play well and really getting everyone to enjoy the experience," Gibb said. Gibb's own first coaching job was for a local MSI team around the same time that he entered high school. The head coach was the father of one of the players, but didn't know much about soccer, so Gibb and one of his good friends volunteered to help him out. They ended up pretty much coaching the team themselves, "the Cheetahs," Gibb recalls.

His second coaching experience, which also happened to be his first (but nowhere near last) time coaching high school girls, came just a few years later when he was a senior in high school. There were no girls' soccer teams in Montgomery County at the time, so Gibb coached a girls' club team that consisted primarily of girls from his high school, Walter Johnson.

After coming to Blair, Gibb continued his coaching career and passion for girls' soccer. He created the first girls' junior varsity (JV) soccer team at Blair in 1990. Since the teams' inception, the JV team has never had a losing season, and the varsity team has only had two.

Although Gibb can't quite put a finger on the source of this success, he thinks it has something to do with their chemistry and the diverse blend of players that he coaches. "In Montgomery County, we're the only multi-ethnic team that is successful year-in and year-out," he said. "We have some players with a lot of experience, club-level, [who] play in Bethesda, Potomac, some of the other really top clubs, and we have some players who may have played a lot with boys," he added.﻿ 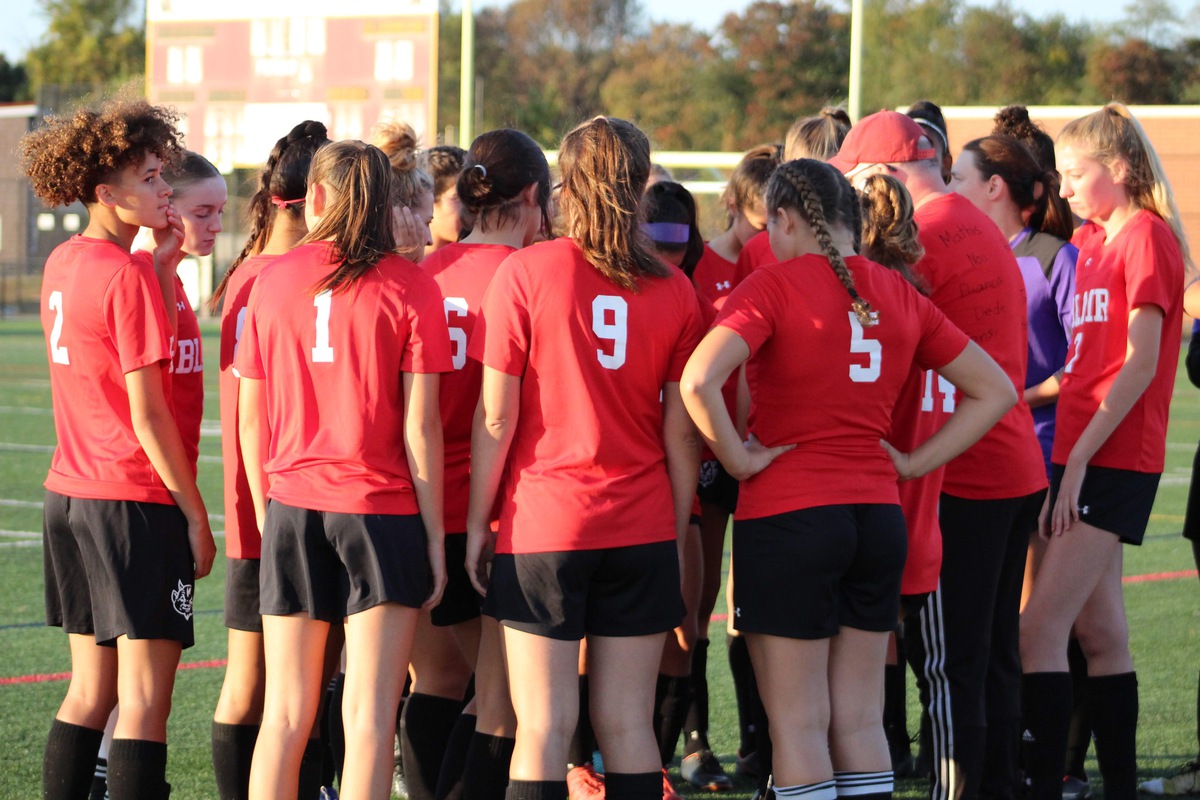 This unique mixture of players comes with lots of different playing styles, and as a coach, Gibb has to figure out what strategies will work best given this group. "It's my job to blend them together, and make a system that works for everybody," he said.

He also attributes some of their success to the fact that the players enjoy being around each other, and they try to have fun at practice while improving. Gibb recalls teams that he has played for in the past where practices were like "torture sessions" and coaches were "tyrants." Although he loved the game, he didn't love everything that came with it, so he tries to keep a positive environment in his practices and a positive team dynamic in general.

Gibb's favorite part of coaching is spending time with his players. "With the girls, it's just fun to be with them, and it's fun to play the beautiful game together, particularly after a tough day in the classroom," he said. He knows that the players like spending time together, too, and he uses that to incentivize them to win. "Each game, I remind them, I say, you know, if you win, we have practice tomorrow, you know, if you win, then this team is still alive," he said.

This is especially true during the playoffs. Once their season is over, the team is never the same. Seniors will leave and new players will join. Gibb hopes his current team will last as long as it can. "This entity will only exist until the clock strikes twelve, which, hopefully, will be at the state championship game," he said. This year's team met their original goal of qualifying for state quarterfinals, but unfortunately weren't able to advance past the semifinals. 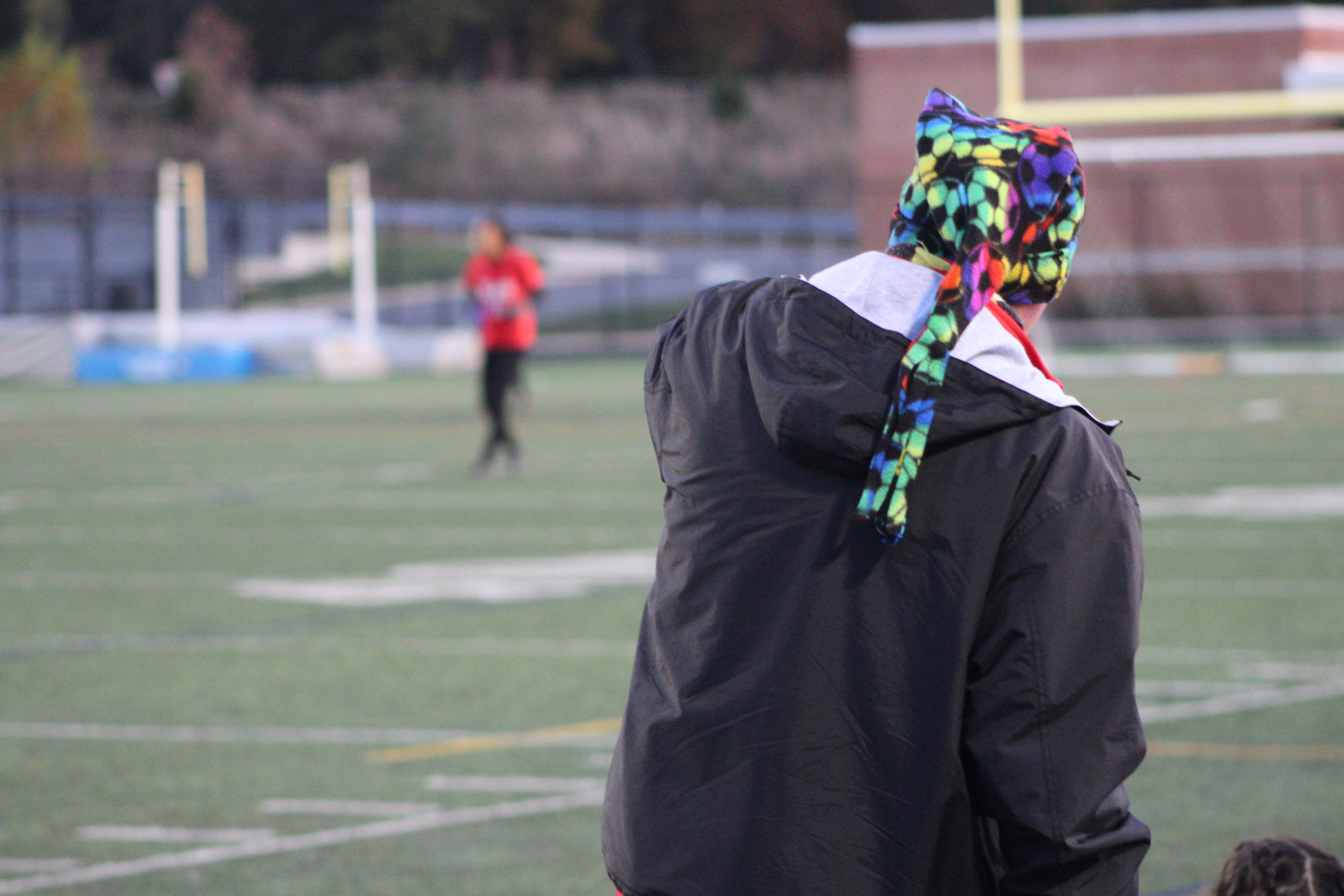 Photo: Gibb coaches from the sideline as his team fights hard in the state semifinals (courtesy of Sam Kulp)

Gibb has faith that the girls' team will continue to have success, for sure as long as he is coaching, and hopefully for much longer. He believes that good, long-term coaching is one of the keys to success for any team anywhere and he can only hope that his successor will bring the same quality coaching to Blair that he's been bringing for the past thirty years. "When I choose to walk off into the sunset, I hope somebody that has the same passion that I have for the game, and for my players, comes in and takes over," he said.