From the underdog: being a non-mainstream musician at Blair

In my experience, being a classical pianist at Blair is by no means typical. But while it's great to be unique, it's also rewarding to expand one's musical horizon to other genres. Following this state of mind, I have found that I love listening to a wide variety of music; performance-wise, though, I am still pretty much limited to the piano (I have recently confirmed this after a lengthy and retrospectively awkward period where I convinced myself that I had an unearthed talent for rapping). This presents a severe social problem: there is a painful stereotype that classical music is only for old, pretentious white men. While this is partially true, I still wanted to share the under-respected value of classical music from another pianist's perspective. In my journey, I came across other musicians and found their views of their musical heritage equally interesting. And corny as it may sound, we all shared one thing: our love for music. 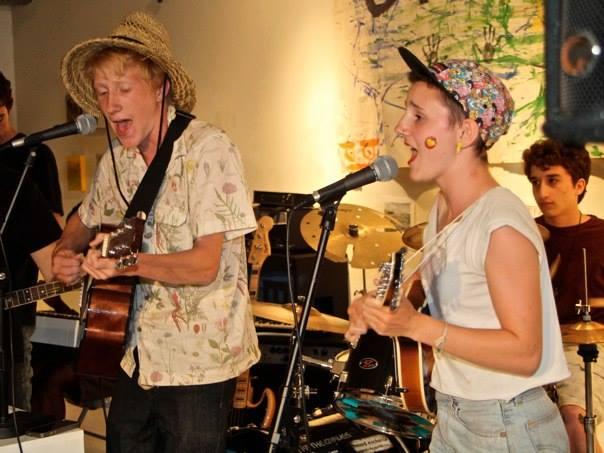 Photo: Members of Useless Grant perform at the Pyramid Atlantic.

Photo: Members of Useless Grant perform at the Pyramid Atlantic.

I encountered senior Conor James, who is a member of Useless Grant, a pop punk and folk punk band consisting of James, seniors Molly Beckett, Kalanzi Kajubi, Jasper Saah and Isaiah Silvers and sophomore Marco Saah. James enjoys the infinitely creative aspects of being a musician. "We have a solid creative outlet. Sometimes you want to be able to convey a message and music is one of the best ways to do that,” he says. Senior Kevin Zhang, a self-proclaimed classical pianist, agrees with him. "Music fulfills me in a way that nothing else can...it gives me the opportunity to make an artistic statement,” he says.

Zhang also enjoys performing - after all, what is music without performance? "I love being able to share my interpretation with others,” he says. Junior Mariam Jiffar covers a wide variety of music with her voice and guitar, and also notes that her favorite thing about music is performing. "I really love singing for others. Sometimes I get nervous about what people will think about me, but once I'm singing I just forget all about that,” she says. James expresses a similar sentiment. "It's a very energetic experience to be able to share your work with an audience who will hopefully feed back that energy," he says. And James is already a veteran of energizing audiences: Useless Grant has played at three shows and will play another show at the Electric Maid this Friday.

In the middle of my journey, I realized that playing music in a group is very different from playing as a soloist. Molly Beckett, another member of Useless Grant, says that playing in the band is exciting and allows for great bonding. "It's a good mix of goofing off and making music, so all in all it's a good time. Once we went and chilled on the roof of a middle school. That was pretty dope,” she says. On the other side, Zhang is, for the most part, a soloist and often confines himself to solitary practicing - one of the perks of being a classical pianist. Nevertheless, his love for music destroys any feelings of seclusion. "Practice is never boring. I feel very close to the music and to the composer, and I am never lonely,” he says.

As for classical music, I was a little relieved to find someone who agreed with my view. Zhang believes that the reason not many people are into classical music is because they don't try to be. "I think everyone is capable of enjoying it. People don't know what they're missing out on,” he says. Beckett grew up listening to classical music so she enjoys it, but also sees the lack of enthusiasm from her compatriots. "I think classical music is great. Unfortunately, people aren't as into it, so it's sort of dying, but still pretty rad,” she says. However, having a love for classical music does not necessarily mean loving all of its genres; Beckett herself will not listen to baroque music. "I hate it with a burning fiery passion,” she says. "Harpsichords are the bane of my existence.”

In such a diverse population of students at Blair, it's no surprise that there is such a diverse group of musicians. Sadly, the voices of these artists often get lost in the everyday chaos. "Music – all genres – definitely needs to be appreciated more. It's a great thing to share and makes everyone feel happy, connected and safe," Jiffar believes.