"Frozen 2" thaws out compared to its predecessor

The sequel does not live up to the explosive first movie

Six years ago, "Frozen" was an international phenomenon. When a sequel was announced, some were apprehensive, stating that it was too late to make another one and that it might just be a cash grab. While "Frozen 2" is an enjoyable continuation of the first movie, it is not as good as its predecessor.

The movie picks up three years after the events of “Frozen.” After Elsa (Idina Mezel) unfreezes Arendelle, she enjoys spending time with her family. However, Elsa hears a strange voice singing to her, calling her to follow a path into the unknown. She goes off on a journey with her sister Anna (Kristen Bell) and companions Kristoff (Jonathan Groff) and Olaf (Josh Gad) as they try to find out where the singing is leading Elsa.

The first movie is vague about Elsa's powers and their origins, as they were not the focus of that film, so the added lore is a welcome addition. "Frozen 2" introduces an enchanted forest, home to spirits and creatures connected to water, earth, fire and air. While a large portion of the film is spent inside this forest, there is not a rich exploration of the environment itself. The animals are unique in design, but how they interact with the forest is not explained.

The conflict starts abruptly, without proper time to build up the stakes. Unlike the first movie, which spends time exploring Elsa's fear of her powers, the magical voice leading her to her true destiny feels inorganic. Little to no time is spent fleshing out how Elsa does not belong in Arendelle.

Themes of colonialism are also explored, as Anna and Elsa learn more about their ancestors on their journey. However, "Frozen 2" does not properly execute its colonialism plotline. The movie does not show why their ancestors committed particular atrocities, but simply uses them as placeholders to tell audiences colonialism is bad. During the climax of the film, it is stressed that there must be certain consequences for the actions Anna and Elsa's ancestors committed, but Anna and Elsa never deal with them at the end, leaving audiences with a confusing message.

The film introduces the idea that water has memory, which is an inventive device that makes the flashbacks to Anna and Elsa's ancestors and parents feel natural. It is also a creative way to use Elsa's powers to bring the water's memory to life and become immersed in these recollections. 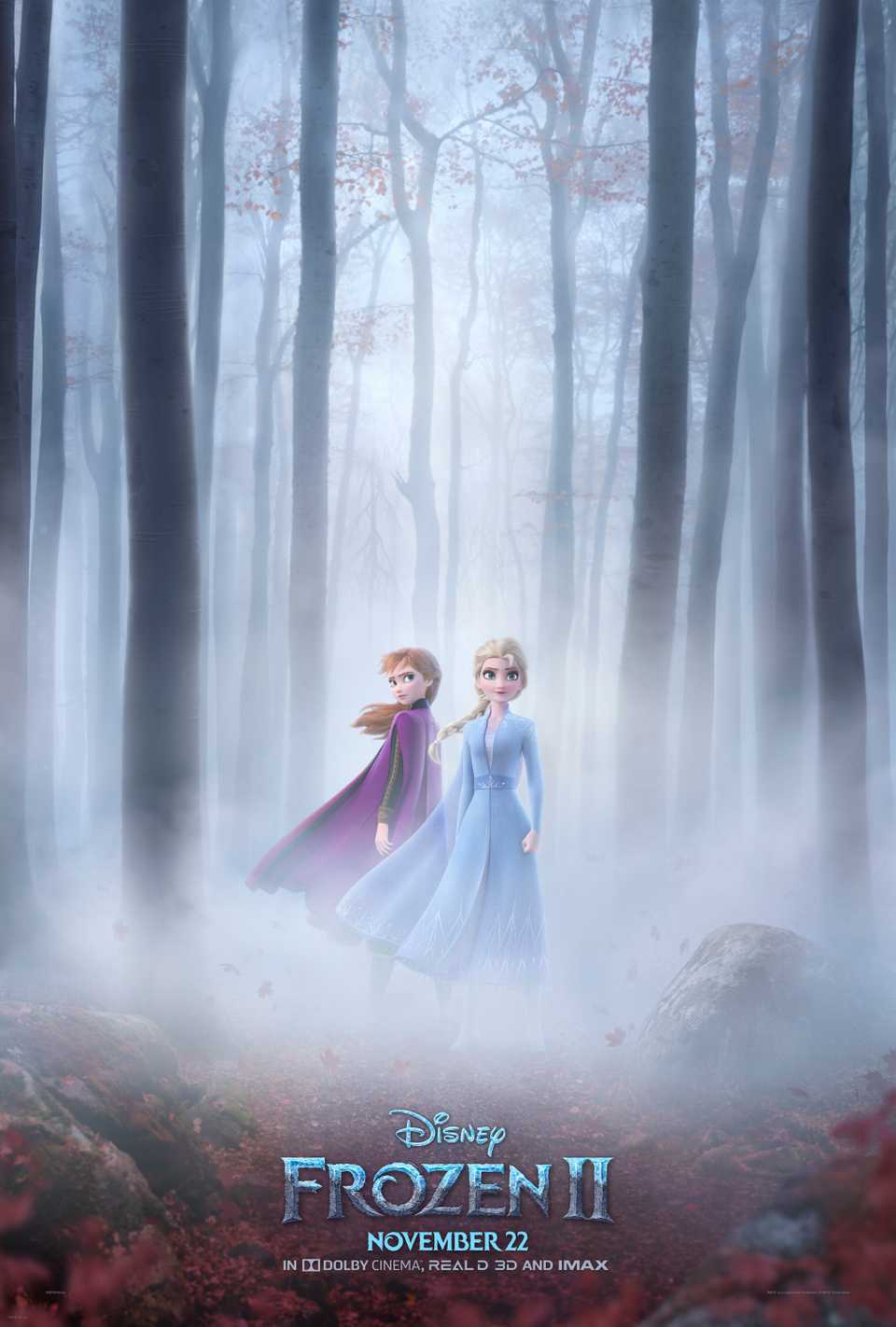 Photo: Anna and Elsa stare into the enchanted forest.

Photo: Anna and Elsa stare into the enchanted forest.

In “Frozen 2”, the audience learns more about Anna and Elsa's parents. Despite these characters’ additional screen time, viewers don't get a grasp on who they are. This lack of deeper character arc is prevalent throughout the movie, making it difficult to evoke sympathy from the audience.

The animation in the film is gorgeous, as expected. The "Frozen" franchise knows how to bring the beauty of winter to life with breathtaking shots of snowy landscapes and ice structures. In addition to that, "Frozen 2" also shows the beauty of fall, animating a colorful autumn forest. The animation is particularly stunning in the scene where Elsa sings "Show Yourself". As she explores a mysterious ice glacier, the way that Elsa uses her powers to create pillars of ice as she treks through the caverns is beautiful. The pure crystalline sparks Elsa uses during storytelling sequences when not actively creating ice or snow are also dazzling.

While the songs in "Frozen 2" are good, they are not as catchy as the ones from "Frozen." Even "Into the Unknown", what Disney seems to be advertising as the new "Let It Go" is not the type of song that will stick in your head for a long time. But there are powerful songs. One in particular is "The Next Right Thing," which Anna sings after being separated from all of her companions. The despair in Bell’s voice accompanied by the sad stringed melody makes the audience truly feel Anna's grief through the screen.

The humor in this movie is appealing to both children and adults. Olaf, continually providing comic relief, goes through an existential crisis during the film, trying to understand what life truly means. This makes for surprisingly funny quips at times one would not expect.

The world saw “Frozen” as an incredible movie and it was going to be difficult to live up to those expectations, especially six years after the first film. Still, it's disappointing that its sequel didn't reach the same level of quality as its predecessor. But at the end of the day, the movie is entertaining. Audience members get to see the characters they know and love go off on another adventure, with a new set of fun songs and feel-good moments.