"Fruitvale Station" is an unsettling vignette of a painful reality

"I'm scared, I hear guns." A little girl faces her father and stares at him with intent eyes. She doesn't want her father to leave her at her aunt's house this New Year's Eve, but he can't take her partying with him. The father hugs his daughter and reassures her that he'll see her the next day and that they'll go to Chuck-E-Cheese. He leaves. Hours later, he lies motionless on the hard concrete of a train station suffering a gunshot wound to the back. 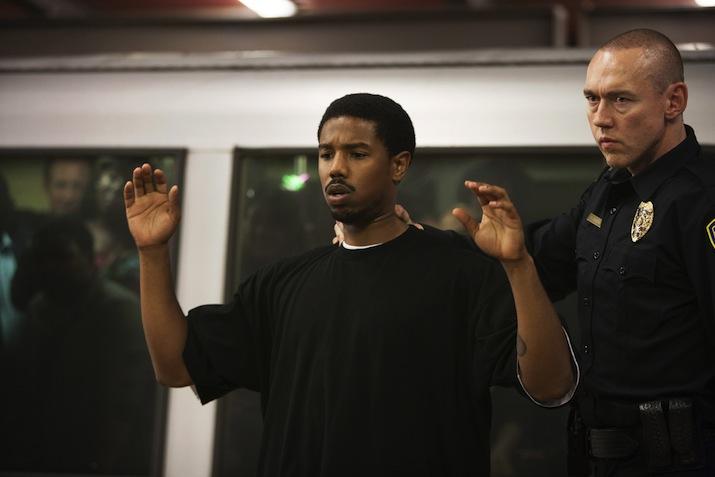 Photo: Blazers tell stories of having been wrongfully stopped by the police. All are serious, but none is as fatal as Grant's case.

Photo: Blazers tell stories of having been wrongfully stopped by the police. All are serious, but none is as fatal as Grant's case.

This is the horror depicted in "Fruitvale Station." Directed and written by Ryan Coogler and released in early July, the film examines the real life story of the 2009 New Year's Day case in which a Bay Area Rapid Transit officer fatally shot 22 year old Oscar Grant.

The officer reportedly mistook his gun for his taser and served only 11 months out of a two year sentence. Police stopped Grant after accusing him of having caused a fight on the train. In the movie, the police didn't stop the other party, a white man and his friends. To add to the sentimental feel, the audience is completely aware of Grant's tragic fate even as he seizes his New Year's Eve as an opportunity to redefine his life. Grant's last day was inspiring; he tries to win back his job, comforts a dying pit bull and decides to quit dealing drugs. When he is shot, the audience feels the pain.

The film takes some creative liberties, but its raw message remains: Every life is valuable, no matter one's past. That's why, no matter the fiction added, every moment in "Fruitvale Station" is crucial. Grant didn't deserve to die, and no one in Grant's situation ever does. Still black men to die every year at the hands of law enforcers. Last month, in N.C, a police officer shot Jonathan Ferrell, 24, ten times. Ferrell was badly injured in a car accident and had run to the nearest house for help, but the homeowner suspected he was attempting to break in. The police didn't bother to ask him any questions. As much controversy as Fruitvale Station may raise, or justice it may bring to the issue, racial profiling continues to remain a shackle for the equal treatment of today's black youth. 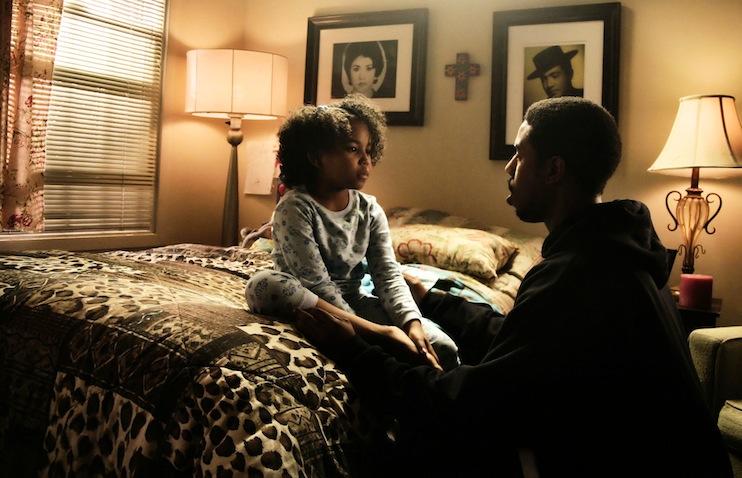 Photo: Fruitvale Station tells the tragic tale of Oscar Grant. The film follows his last day as he tries to reshape his life. Grant dies after a police officer shoots him in the back because he mistook his gun for his tazer.

Photo: Fruitvale Station tells the tragic tale of Oscar Grant. The film follows his last day as he tries to reshape his life. Grant dies after a police officer shoots him in the back because he mistook his gun for his tazer.

Kenneth Smith is the teacher of African American studies at Blair. He says Grant's case was notable because of its circumstances. "It's special because it was caught on tape! If not, the tree falls in the forest." He adds the event is "suspended in time." The public will always see there was no outstanding reason for Grant's death because there was a tape. Without it, the case would just be another tragedy. Still, just as the movie suggests, Smith believes Grant's story is an important lesson about racial injustice. "I'm glad he didn't portray an angel. He showed those flaws in the film. Yet you still understood that what happened that morning transcended his life situation," Smith said. Although he decided to see the film to see how it would the case would translate to the screen, the story became personal for him. "Being an African American male [I understand] the frustrations.. stereotypes... negative perceptions."

Not all black males succumb to a police officer's gunshot, but it's certain that for many of them, racial profiling is a reality. "Yeah, I've been profiled," Smith says. The first instance was in college when he and his brother were driving in his car. A police officer came over and seized the luggage from the car, laid it on the ground and searched it. "That was infuriating," Smith recalls.

That was in the 80s. Grant and Ferrell's cases show that racial profiling still exists in the most cases, but it's hard to believe those in Blair's student body have been subject to such cruelty as well. Senior Ismael Oates saw "Fruitvale Station” and felt empathetic towards Grant because of his own experiences. "I thought it was definitely sensitive. It touched my heart. It had a lot of meaning and a lot of stuff that's going on now." The first time the police stopped Oates, he didn't understand why, but after, the experience taught him strength. "The first time it happened, why- why me? I feel like- no reason. I guess I started to be like a rebel, stand up. It was a learning experience, really. Now I know how handle myself in that situation."

Students of a variety of races found the movie to be inspiring. Sophomore Benjamin Felber wants to keep conscious of the racial issues in America. " I was always a bit horrified," he said."It's worse when you're a part of the group that's doing the oppression and- you feel kind of responsible in that way." Felber acknowledges the issues in the movie weren't entirely new to him. "I knew it was there and it was just welling back up," he says.

Other white viewers such as senior Sam Dembling also connect with the movie on its basic human grounds. "I think it was a movie about.... the oneness of everyone. Everyone sympathizes with a father and daughter." There's a scene in the movie in which Grant calls his Grandma Bonnie asking for a fish recipe after a white woman confesses her dilemma. Grant puts Grandma Bonnie on the phone with the woman, Katie, and the two engage in a warm conversation. "Immediately there's some kind of connection made. It shows how easily [prejudice] can be broken," Dembling says.

In Smith's African American History class, thirteen out of 17 have been racially profiled. Among the four who haven't, three are white. Granted, some of these students count prejudice in local stores as well as that from the school system as profiling, but three told painful stories of encounters with the police.

Senior Ayanna Long was 13 when she was walking around the block with her cousin and the police stopped them and called for backup. Long didn't have any idea what was going on and repeatedly asked the cops why they confronted her. At first the cops told her the neighbors were feeling uncomfortable because she and her cousins were circling the neighborhood. The cop put her cousins in handcuffs, and told Long to sit on the curb. Long was crying. The officer cursed at her. She asked why again, and the officer changed the story and told her that her cousin looked like a suspect who had robbed a store. It was the worst day of Long's life.

Both stories feature black males who wear their hair in dreadlocks. According to Josh Briggs, dreadlocks increase the chances of getting profiled. "The majority of Black men have dreads. That's a suspect," Briggs clarifies. Long resents that her cousin cut his dreads after becoming tired of all the stereotypes attached. Senior Ismael Lapp- Kamara, as one with dreadlocks, interprets this as a mission to maintain a healthy image for those with the hairstyle. "Dreads- I feel like it's my duty as a human being with dreads. I don't smoke, I don't drink, I don't do drugs. I feel like I have to prove this to people." In an essence, dreads represent the inequity black youth face. There shouldn't be a need to prove that an entire group of people isn't the same.

Smith believes "Fruitvale Station” has encouraging potential to facilitate valuable discussion. "Conversations are good- but I think that the fact that we have to have it is sad," Smith sighs. At the very least, Fruitvale Station is a worthwhile movie with resonating lessons about the meaning of life. Smith, Oates, Felber and Dembling all agree it's a must-see. "It's very good and you should see it no matter what race you are." Felber states. Oates adds, "Towards the end it made me think-- feel like anything can happen at any time. Really you could wake up one day and never know what'll happen."